Our congratulations to 'The Pedalling Hatters' who completed an epic bike ride on Saturday, cycling from Kenilworth Road to Notts County - a total of 109 miles!

So far The Pedalling Hatters have raised an enormous £740 for supporters' charity of the year Keech Hospice Care. And even though their expedition is over, it's not too late to donate, and help push them over their target of £1,000! Click here to donate now!

The ride began at midnight at Kenilworth Road, and in total it took the riders 13 hours arriving at Meadow Lane at approximately 1:30pm on Saturday - in plenty of time for kick-off!

Of the three riders, Howard Sansom was the only faller. After arriving at Willen Lake from Luton and a short break, their Satnav sent them on a wild goose chase round the redways of Milton Keynes and before long were on the towpath of the Grand Union, going under low bridges! With only around a foot width in some places Howard could not avoid the grass and went down, but sustained no injuries thankfully. This diversion added around an hour to the ride time and meant not stopping off at the King Power Stadium in Leicester. 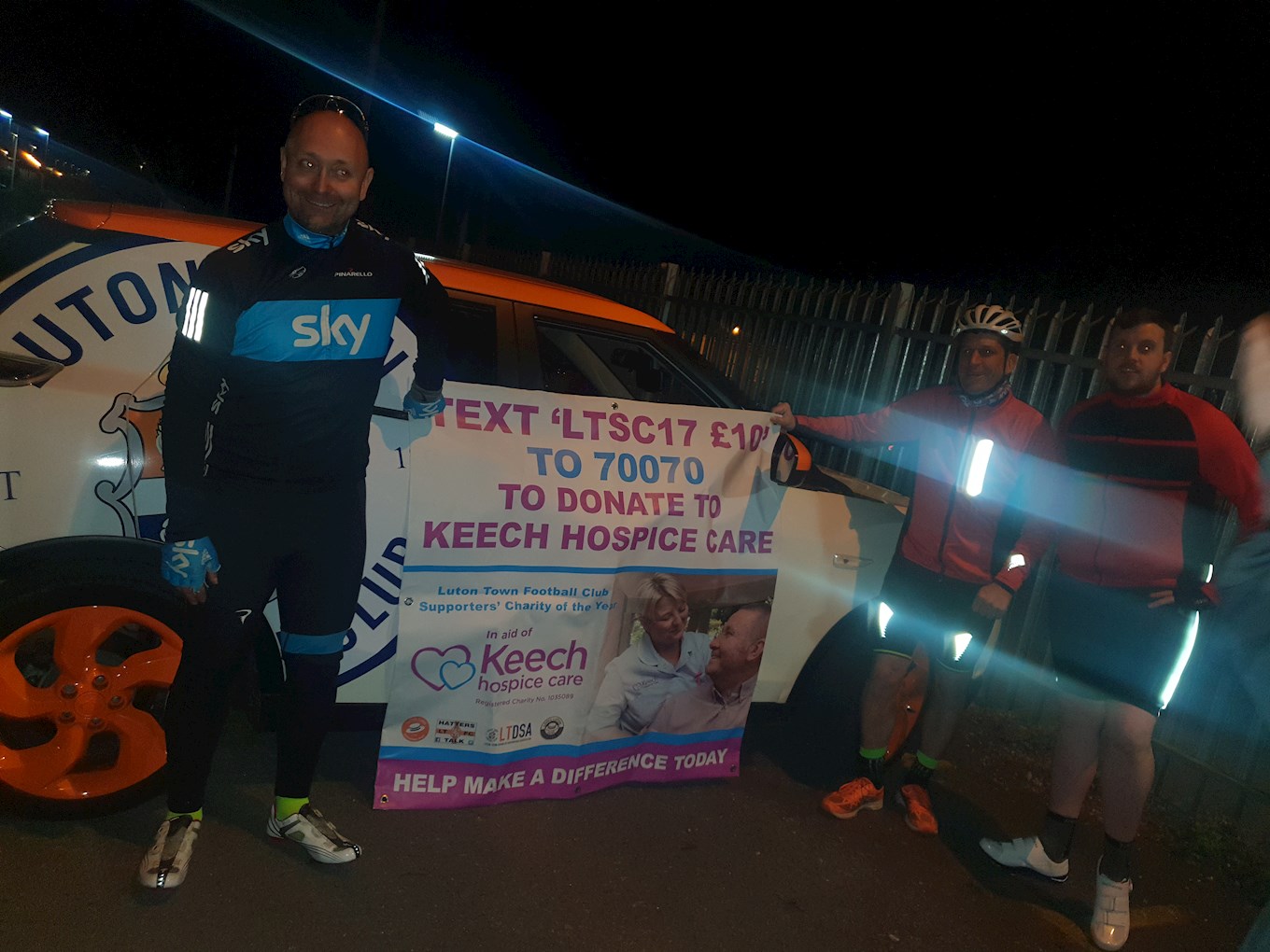 Another nervy moment came after showers at the Portland Leisure Centre across from Meadow Lane. Ian Robertson couldn't find his trousers and nearly had to attend the match in his cycling shorts! Luckily the missing trousers turned up in the boot of the support car.

All in all, it was a beautiful day with some stunning scenery and a very successful event! Plans are already underway for next year, the route will depend on who we get for the last away game of the season and we hope to increase the number of cyclists too. If you're interested in getting involved please contact supporters' Liaison Officer John Miller.

Well done to the riders:

And also to the support team: 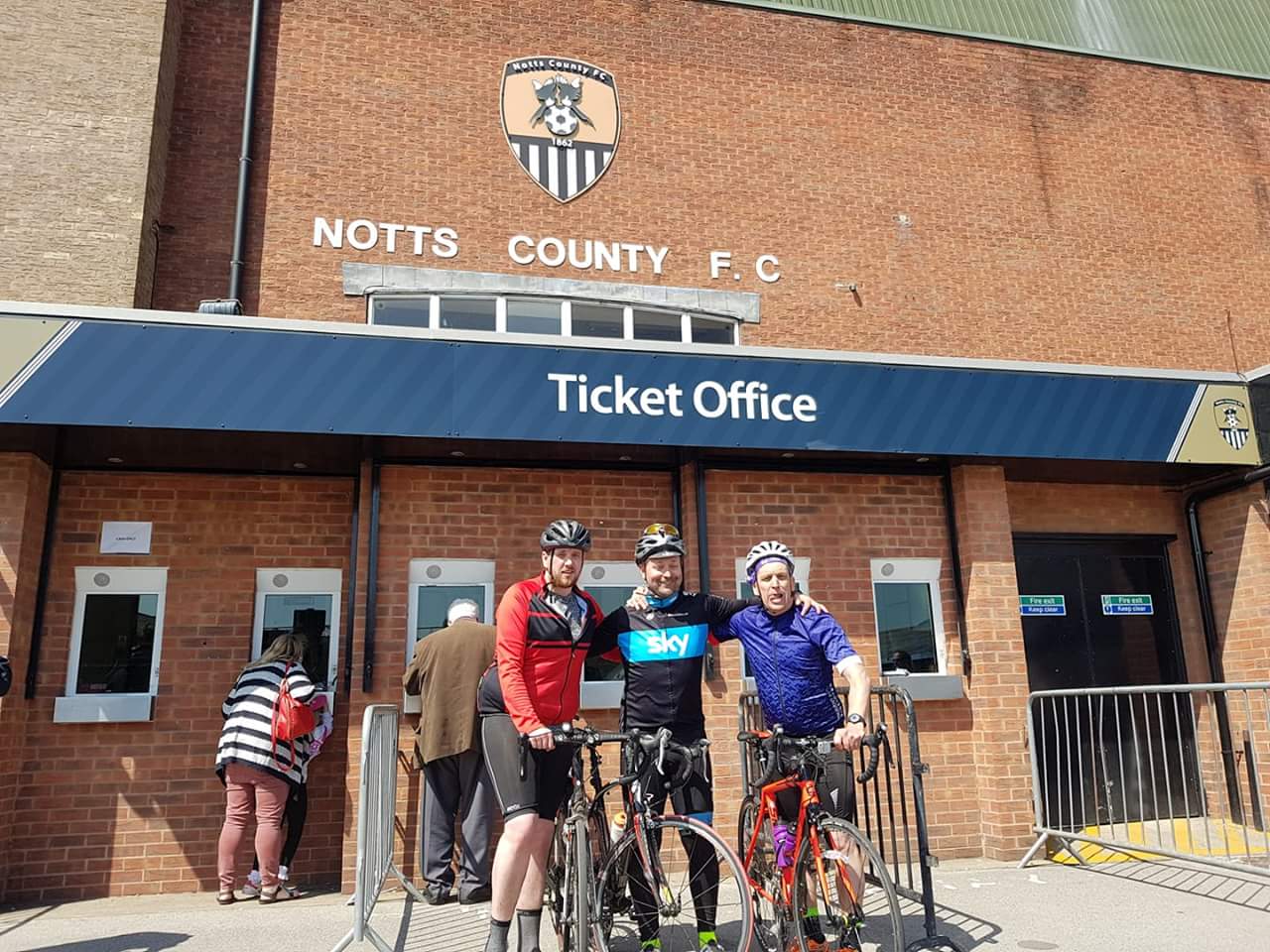