The Hatters are delighted to announce that defender Glen Rea has signed a new two-year contract with the club, which will see him remain at Kenilworth Road until 2020.

Rea has been a stalwart in the Hatters' starting XI since he first signed in March 2016, initially on loan from then Championship outfit Brighton & Hove Albion before signing a permanent deal here the following summer.

Having made 109 appearances in total for Nathan Jones' side, the 23-year-old played in every single Sky Bet League Two match last season as the Town won promotion to the third tier.

The centre-back, who can also play in the holding midfield role, was delighted to commit his future to the Hatters, as he hopes both the club and himself can really kick on this coming campaign.

"I have played 100 games in two years, I couldn't have asked for anything better. I feel that I have done well, we had a great year last year and hopefully we can kick on and push on now."

One of Jones' first signings, Rea owes a lot of his development to the Welshman, who he is more than happy to work with until 2020.

"We have a really good relationship and I am happy to keep working for him," Rea continued. "I know he will make me a better player and he has done since I have been here. I know it will keep happening. I love working with him. The reason I came here was because he was here. I had him coach me at Brighton and I couldn't have asked for anything better.

"Working with him every day I feel like I have become a better player due to that, so it's been unreal. I have enjoyed working with all the coaching staff, that's why I want to stay here for the foreseeable future." 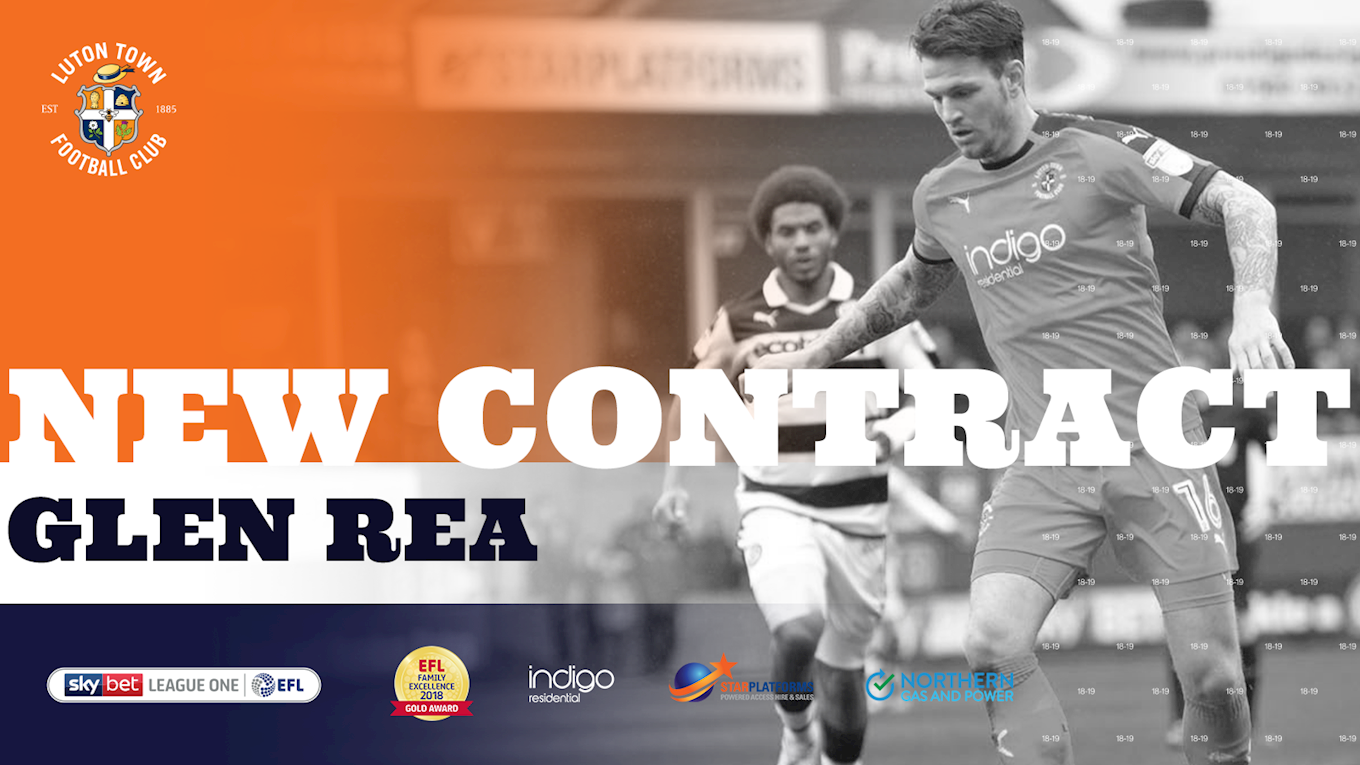 Rea has built up a strong relationship with the supporters during his time here, which couldn't have been more clear than in the post-Carlisle celebrations, as he was found singing and jumping along with Hatters outside the coach.

"When we got promoted, we got off the bus, they've all swarmed over and I was just going mental with them!

"They're unreal, I really like playing for them and hopefully I can just keep pushing on and making them happy. Hopefully next season we can go again," he added.

Throughout the last campaign in which the Hatters won promotion from Sky Bet League Two, the ex-Seagulls and Southend United man was often the recipient of the worst trainer shout from his team-mates in the matchday programme interview, but he believes there's a reason behind their accusations.

He explained: "They only say I am the worst trainer, because I am the easy option! They just try and get in my head. We do Champions League points, I was at the top for the whole season! I don't know how they can say I am a bad trainer. Although, to be fair, if I have a bad session, then I do have a bad session...it'll be a stinker!"