Luton Town Football Club and the Mayor of Luton, Cllr Mohammad Ayub, are inviting supporters to a civic celebration in St George’s Square on Sunday 6 May to mark the club’s promotion to League One.

The party will kick off when Hatters players and officials arrive in St George’s Square from Kenilworth Road in an open-top bus at around 12.15pm, before joining the Mayor onto a stage for short celebratory speeches.

Players and officials of the Club will then attend a civic reception in the Town Hall and live music will play on stage until around 2.30pm and large screens will display this season’s highlights. The day’s event is being funded by the council’s airport company London Luton Airport Limited to acknowledge the support that the airport receives from the people of Luton.

Luton Town chief executive Gary Sweet said: “As a club we are delighted to have been asked to have another open-top bus celebration and civic reception. It underlines the great relationship we have with the town and Luton Borough Council, and we hope that supporters turn out in their thousands like they did for the last one four years ago.

“It’s a great opportunity for the whole town to enjoy the promotion party at the end of what has been a wonderful season for all Hatters.” 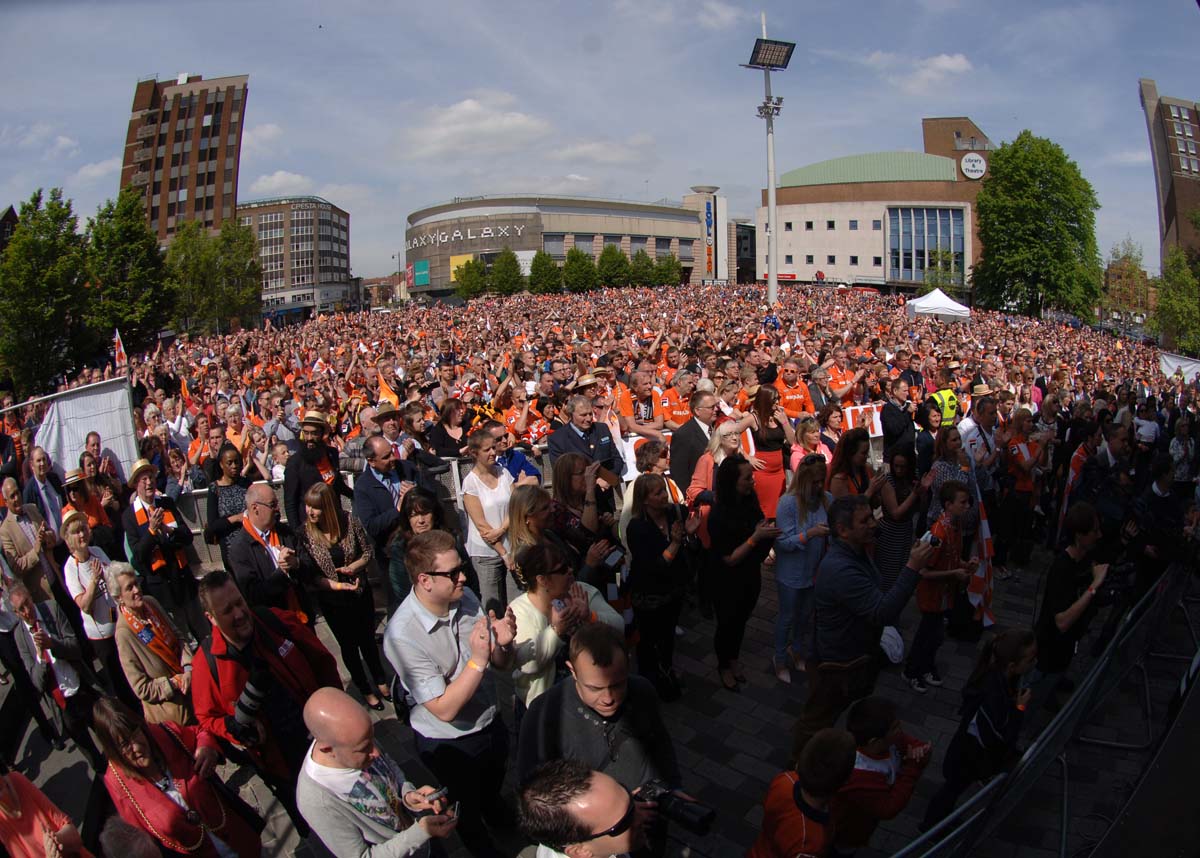 Cllr Ayub said: “I’d like to offer my congratulations to all of those at Luton Town Football Club. It’s been a great season and they have really done the town proud by securing promotion.  We know how important our football team is for Luton and we want this to be a fantastic event which recognises the success of the team.

“I would like to extend a warm invite to supporters of the club and the people of Luton so all can enjoy, share in the success and celebrate.”

The open-top bus tour will depart Kenilworth Road at around 12noon and proceed to St George’s Square at walking pace via Dunstable Road, Telford Way, and Manchester Street.

In order to aid safe and smooth running of the event the following roads will be closed from 9am-4.00 pm: Mill Street, new Bedford Rd, Bridge St, Inkerman St, Wellington St, Dunstable Place and Oak Rd.

Motorists are advised to plan alternative routes around the area between those times.

The Council will make an announcement on Monday 30 April regarding the Development Control Committee date that LTFC's Power Court and Newlands Park planning applications will be determined.