The Hatters are pleased to confirm their second new contract announcement of the day, as defender Alan Sheehan has committed to two more years at Kenilworth Road, signing a new deal that runs until 2020.

The 31-year-old enjoyed a fantastic 2017/18 campaign which saw him pick up a number of personal awards, including being named in the EFL and PFA Sky Bet League Two Teams of the Season, the EA Sports EFL Team of the Season, as well as collecting the Supporters' Player of the Year and Internet Player of the Year at the Luton Town Supporters' Trust Presentation Evening.

Nathan Jones' first signing at Kenilworth Road, Sheehan has been one of the standout performers in his two-and-a-half years at the club, making 107 appearances after initially joining on loan from Bradford City in January 2016.

The ex-Leicester City and Leeds United man said: "I am delighted. After being here for a few years, it's been unbelievable. I am delighted to be here for another few years.

"Everybody has been great with me from the top of the club to the bottom, the fans have been great to me and I am delighted to be here. I am very settled in the area with my girlfriend and my little girl.

"We love it here and I love playing for Luton Town. I am a very lucky man to have the opportunity to play for this great club for the next few years."

The opportunity to play in the third tier of English football again is a chance the Irishman is relishing, having spent a majority of his career playing at that level.

He continued: "I was in League One for a number of years and after I spoke to the manager when I first came here, it was maybe drop down one level to go up two. It's hard-doing, but we're back up into League One now and we've got to respect the league and we've got to get everything into place in pre-season and look forward to a very exciting year again. 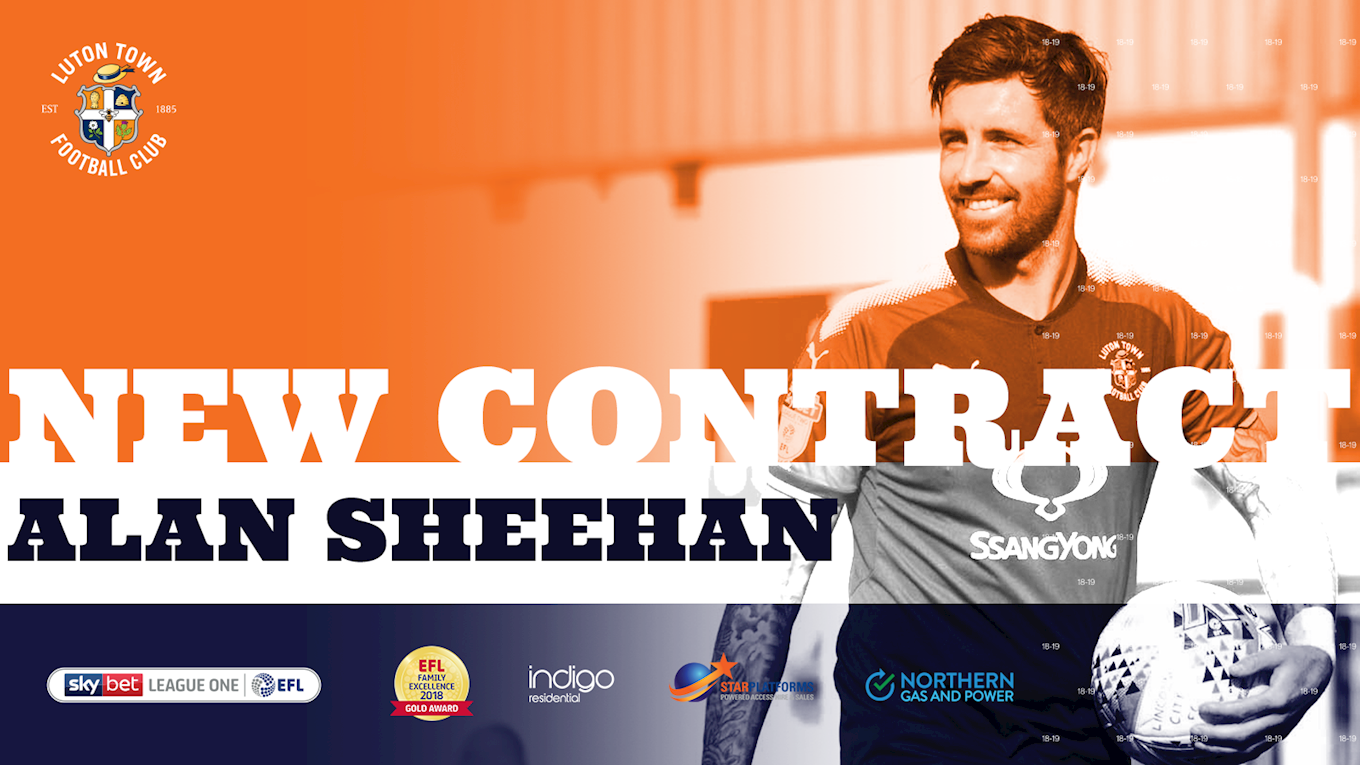 "I am so determined to have another great year. When you get the taste of success, the club and the fans are onside and it's great, you just want to go again. Last year was a great year, but last year is gone now and it's time to look forward to a big year in League One."

The 31-year-old has been a key player in the way Jones envisages playing football at Kenilworth Road, with Sheehan praising the strong bond he has with the gaffer.

"He's been very good to me personally," Sheehan said. "He's a very good coach, a great manager and I learn from him every day.

Sheehan's new deal comes on the same day the club announced Glen Rea committing his future to the Hatters - as he also signed a new two-year contract.

Jones was pleased to see both put pen to paper, as he said: "I am delighted that two key players from last year's promotion team have committed to the club.

"They were among my first signings and it proves that we've always recruited with long term in mind. They're two big characters and warriors for me and I'm delighted they've signed."