During his pre-match press conference at The Brache this lunchtime, Town boss Nathan Jones looked ahead to Saturday's scheduled trip to Cambridge United as freezing temperatures across the country threaten this weekend's fixture list.

Although a pitch inspection has been scheduled to take place on Friday afternoon at the Abbey Stadium, Jones and his team have remained focused on the task ahead.

Elliot Lee is the only squad member still with a question mark against him, although he has trained fully in recent days as he nears a return to selection after a shoulder injury. 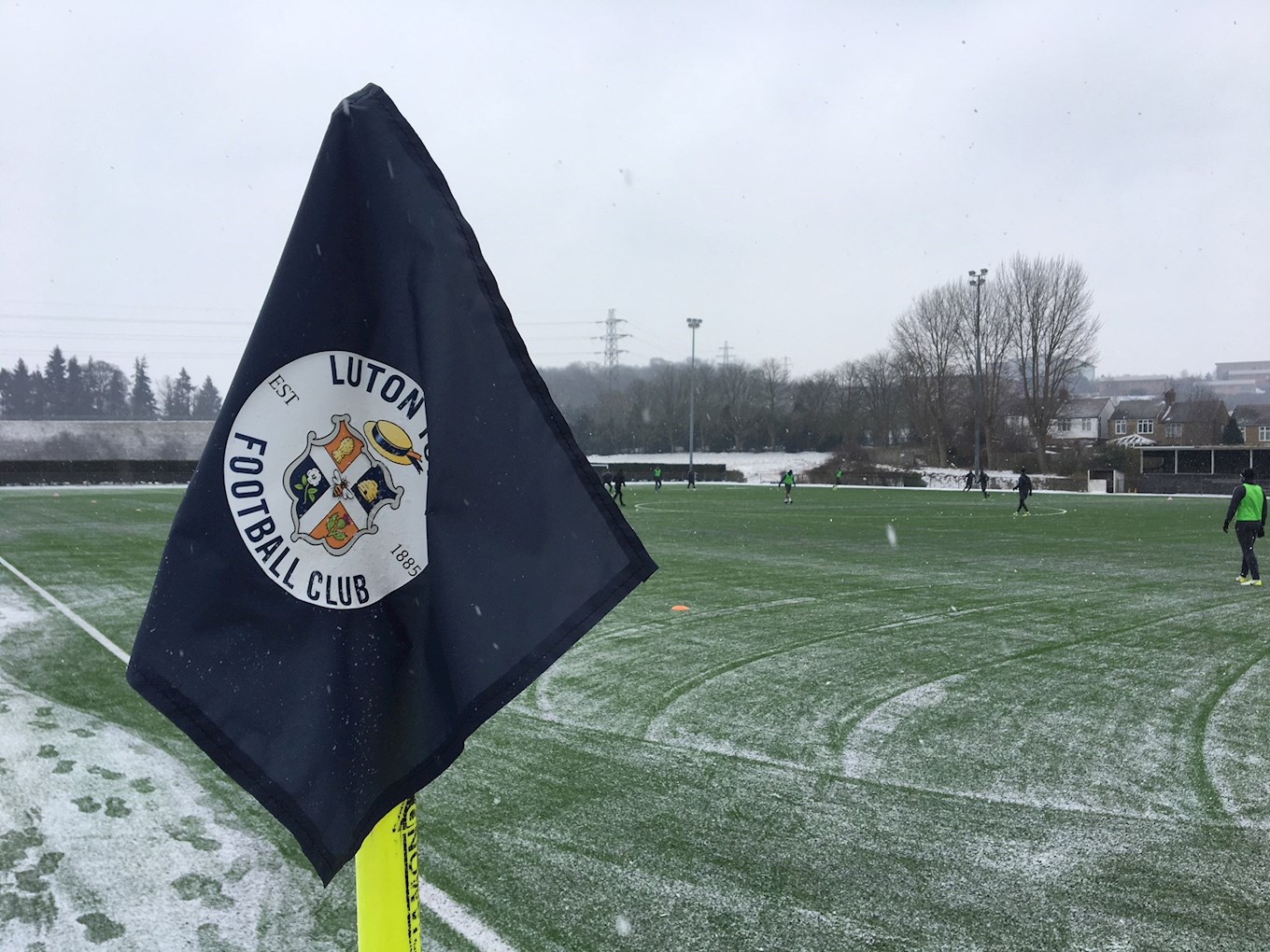 Jones explained: “We’ve had to improvise a little bit but we’ve had a full week’s training really. On Monday we were able to train. Tuesday, we had the covers on so we pulled them off and had a full day’s training. We have a wonderful facility here. We’ve had to train on 4G today but it’s given us a good surface to train on.

“It’s far better than I expected having looked at the weather forecast and the temperatures, and obviously driving in, it’s far more treacherous on the roads than it is at our training ground at the minute.

“We’ve prepared, we’ve had a normal week; a good lead in. I’d imagine most teams are doing exactly the same. Obviously some will have different facilities to train on, but we’re preparing as if the game’s going ahead and we really hope it does.

“We don’t want to fall behind on games and have to play a significant amount. Some are playing, some are playing midweek and what we don’t want to do is have a backlog of games. We want to keep up. I envisage there will be a lot called off this weekend. Outside the Championship it will be very difficult.

“I know the covers are on but temperatures have fallen to minus seven and covers just don’t do it. With the treacherous areas in and around the grounds, you’d expect a lot of games to go this weekend. We just hope that we’re not one of them.”

While Dan Potts is now eligible for selection after serving his two-match suspension, Elliot Lee is edging closer to a first team return after damaging his shoulder in the Wycombe game last month.

“We’re not far off,” added Jones. “Obviously we have a few niggles that we need to look after, but Potts is back, which is another bonus as well. We’ve got good strength in the full-back areas.

“We’ve got a good squad to choose from, but you can only choose eleven so if we’ve got eleven fit we’ll be alright.

“Elliot Lee is very near. It’s a confidence thing with him but he’s trained fully. So I can’t see why not.”

Joe Dunne has been in caretaker charge of the U’s since Shaun Derry’s dismissal last month. However, Jones is certain the game against the U’s will prove a stern test.

Jones said: “He’s done very well. Even with Shaun over the Christmas period they had a real good run of form. I think they’ve been in decent form for a while now.

“But since Shaun has left they’ve won three, drawn one, and lost one and I think they were very unfortunate to lose at Accrington because I wasn’t convinced that goal should have stood. They’re a side in good form, but if I’m honest we prefer to play those.”