Hatters striker Danny Hylton came face-to-face with the baby he celebrated the opening goal against Barnet with on Saturday when little Beatrix Meynell-Mendes visited The Brache after training this morning.

Eight-month-old Beatrix was attending her first game at Kenilworth Road on Saturday with dad Robin and mum Clare when Danny picked her out at the front of the Kenny End after nodding in his 18th goal of the season two minutes after half-time. 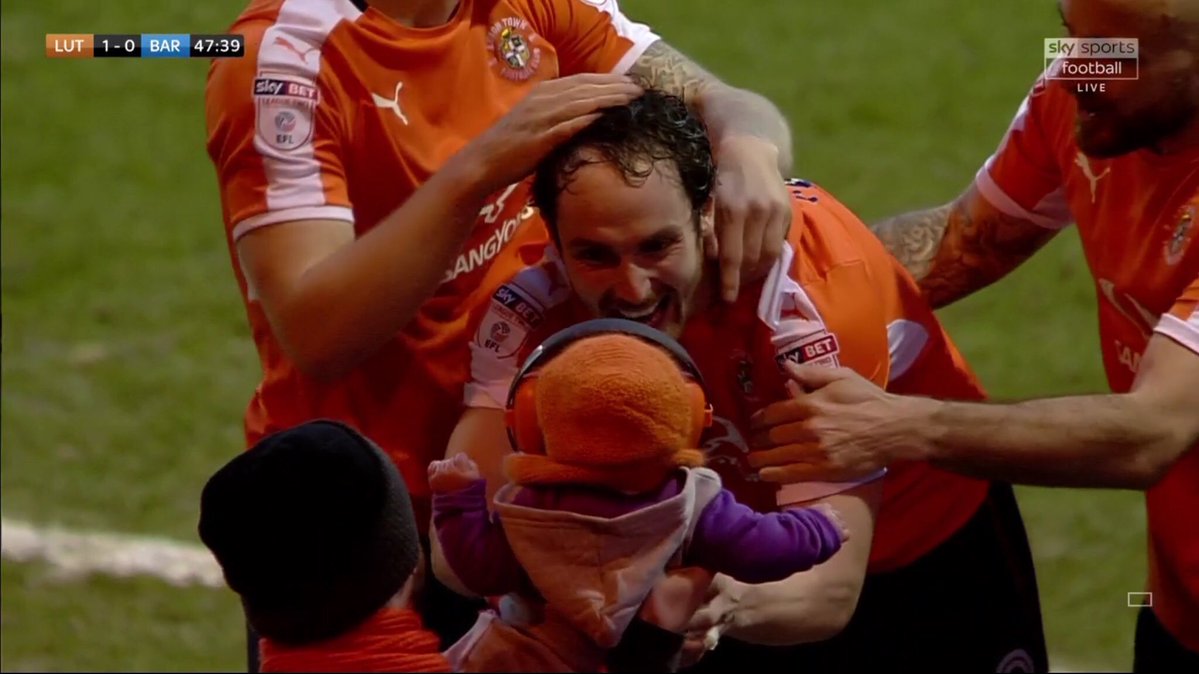 Sky cameras captured the moment and after Beatrix (with a little help from dad!) sent Danny an email on Sunday night, the big-hearted forward invited her to come and visit for a proper catch-up.

Having Danny's face so close up at your first game didn't put her off, and the Sky cameras were present again - along with BBC Look East and Three Counties radio - to see Danny handing over a home kit and a ball signed by the Town squad.

Hylts said: "We managed to get the goal and it was a great relief for me because it was my first goal in three or four games since returning from injury.

"I ran to the fans, as you do, and I saw people jumping up in the front row for high fives and then I saw little Beatrix, so I decided to go and celebrate with her because she was a bit cuter than the other guys!

"You don't normally see little ones as young as her at games, so I noticed her looking at me with her big eyes and I thought I'd go and share the moment with her.

"It's brilliant to meet her again now when it's all a bit calmer. She's a little star. I'm just glad I havent scared her off football!" 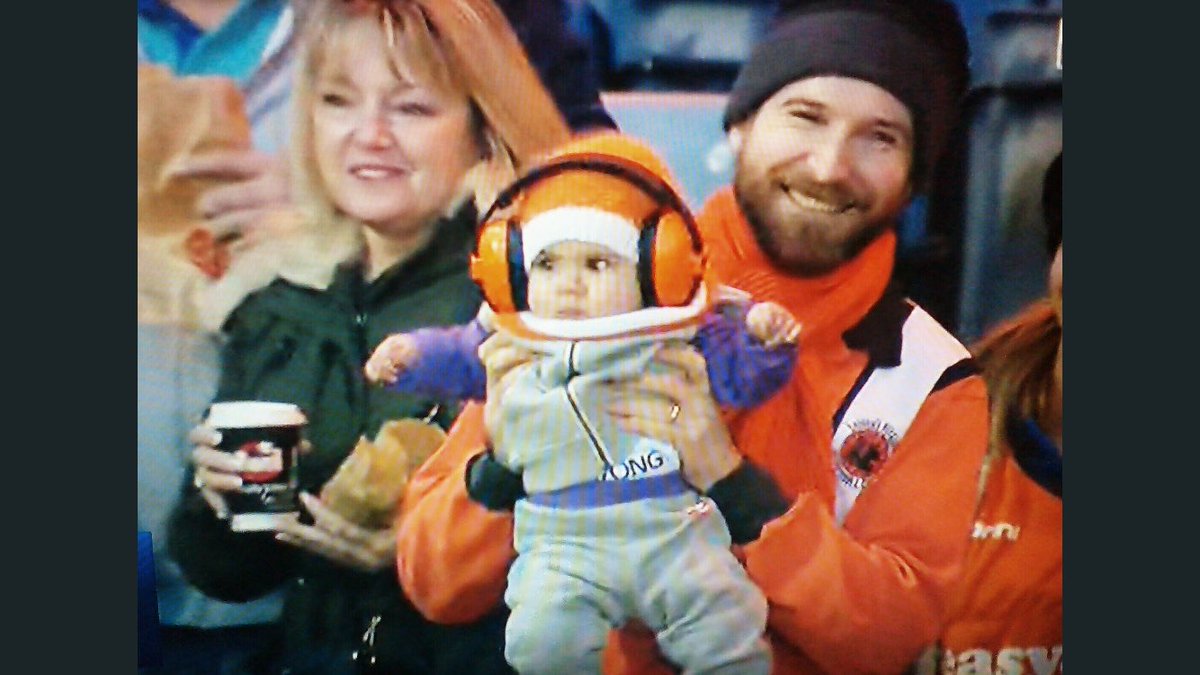 Dad Robin drove from the family home in Stamford this lunchtime, and he said: "I'm the Luton fan in the family, but so is Beatrix now. I'm making sure of it.

"I went to my first game when I was about eight years old so I've been supporting them for 30 years now. Now she is going to carry on supporting them and hopefully they'll move up the leagues and into the new stadium as she grows.

Here is the email Beatrix sent to Danny on Sunday evening...

Subject: My first game (and what a game!)

Thank you so much for celebrating your goal against Barnet with me.  It made my first ever football match all the more special.  It is a time I will be able to share with my friends when I am older as my Daddy has kept a video of this special moment.

The atmosphere was incredible throughout the game and the second half of the match was absolutely thrilling.  I just couldn’t contain my excitement when you scored the goal to put us ahead.

If I am ever asked about the first game I went to see I will not only be able to say that it was to watch Luton beat Barnet 2-0 to take us back to the top of league two but I will also be able to say that I was there to celebrate the goal with my footballing hero.

From your biggest (and probably smallest) fan 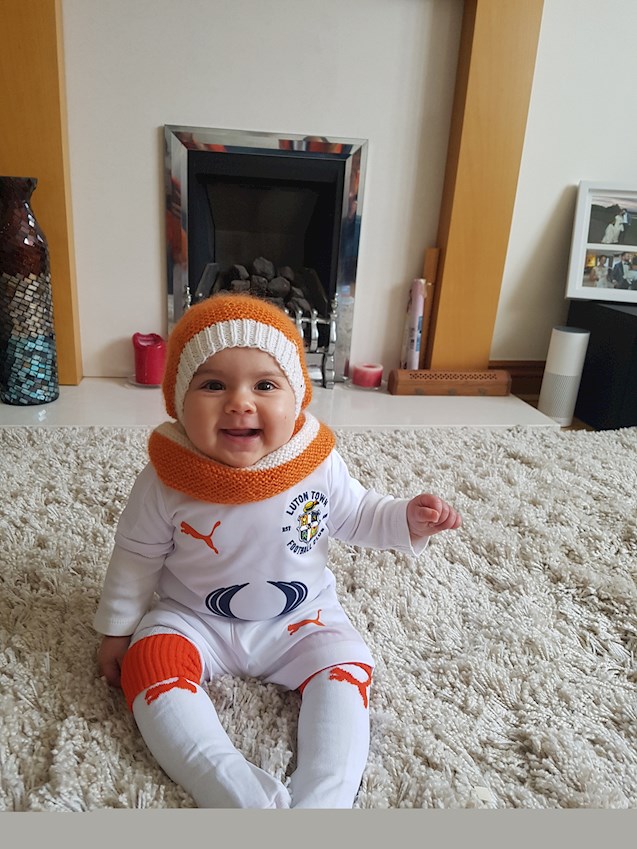