Luton Town have agreed a deal with Sonny Bradley that will see the central defender join the Hatters when his Plymouth Argyle contract expires at the end of June.

The 26-year-old finalised a medical at The Brache this morning before heading to Kenilworth Road to complete paperwork for a three-year contract that will start on July 1st.

Bradley announced last week that he would not be taking up the League One club’s offer of a new deal to stay in Devon, and long-term admirer Nathan Jones has beaten off competition from a host of clubs to bring the Hull-born player to Bedfordshire.

The left-footer brings with him valuable experience of having played in the third tier for both Crawley and Argyle, with whom he won promotion as League Two runners-up in 2016-17 before helping them finish seventh last term.

Bradley won the Pilgrims’ player of the year award and was selected in the EFL League Two team of the season during their promotion campaign, and totalled 96 appearances as he became a real fans’ favourite during two years at Home Park.

He found the back of the net 11 times, predominantly with headers from set pieces, including seven during the calendar year of 2017. Last term he managed four in 44 games, and has a total of 16 goals in 279 career appearances since starting out with his hometown club Hull in 2011.

While with the Tigers, Bradley gained League experience during a season-and-a-half on loan at Aldershot Town, where he played alongside Hatters striker Danny Hylton, before joining Portsmouth and Crawley on permanent deals.

Hatters boss Jones said of his new first new addition of the summer: “Sonny is naturally left-footed, a real good size, an excellent defender and he gets goals from set plays, so he’s someone we have liked and have wanted to bring to Luton for a while.

“With us losing Scott Cuthbert and Johnny Mullins, it’s important that we have that experience and a leader around the place again, so we’ve added another real quality one to strengthen the squad. We’re delighted to have him here.”

Bradley was equally chuffed to get the deal over the line after returning from a family holiday in Majorca, telling iFollow Hatters: “I’m delighted. It’s been a long couple of days getting down here, but I’ve finally got the paperwork and stuff signed, so I just want to get started now.

“I seemed to get linked with Luton every transfer window, but it’s just worked out well that coming into this summer I’m a free agent, so it made things quite easy. I met the manager and was really impressed with the plans. I’m just looking forward to getting started now.”

More reaction from Nathan and Sonny to follow on www.lutontown.co.uk and iFollow Hatters! 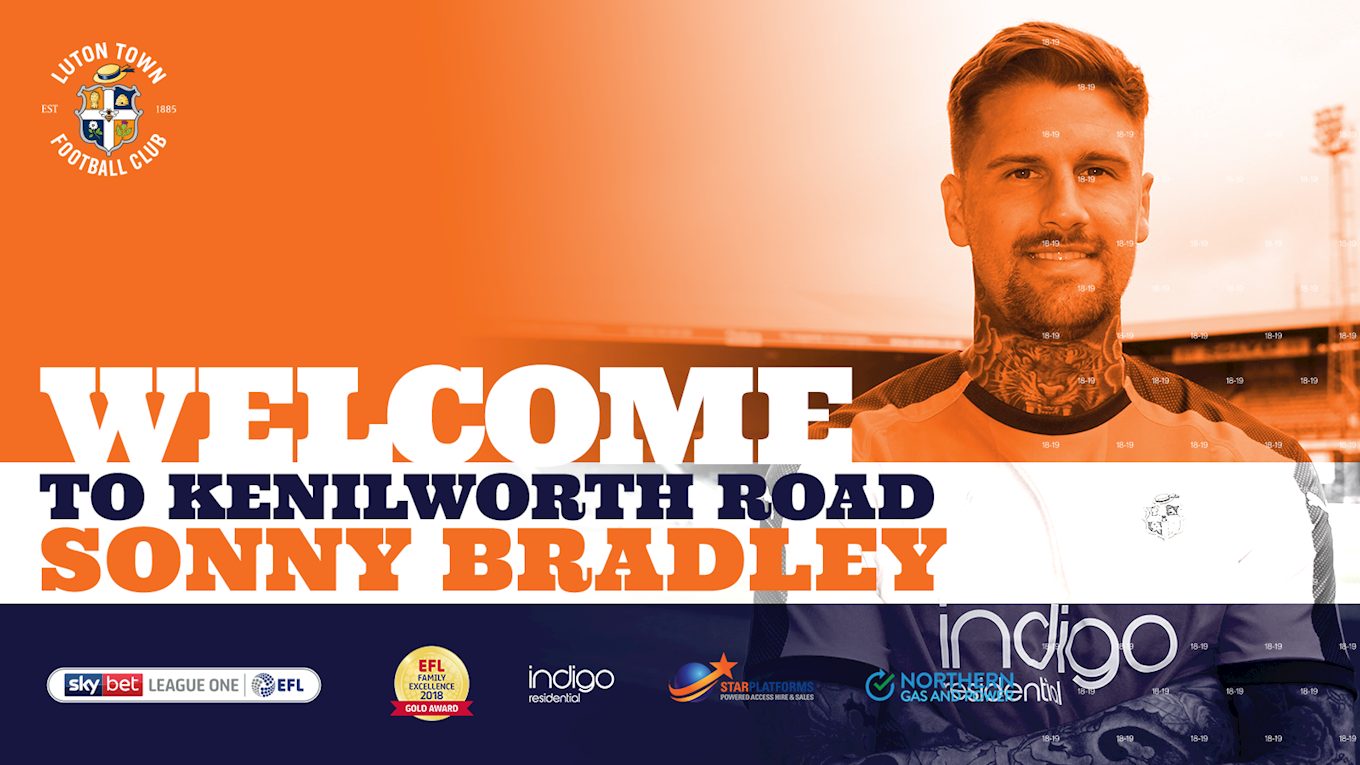