Hatters boss Nathan Jones says his team will arrive in Sky Bet League One “with an absolute bang” after the EFL fixture schedule produced an away day at Portsmouth and a first home game against Sunderland to open the 2018-19 campaign.

Jones and his newly-promoted Town side will head to Hampshire on Saturday 4th August to take on Pompey, before the Black Cats – who have suffered successive relegations from the Premier League to the third tier – visit Kenilworth Road a week later.

“It’s a tough start but a really good, interesting one – there are some really good games to whet the appetite,” said the Welshman. “We know it will be a difficult start, but it’s going to be a tough league throughout. We are under no illusions about that.

“Portsmouth and Sunderland are as big a clubs as there are in the league, so to start with them is a real tough ask, but it’s one we’re relishing, one we’re looking forward to and one we’ll be ready for.” 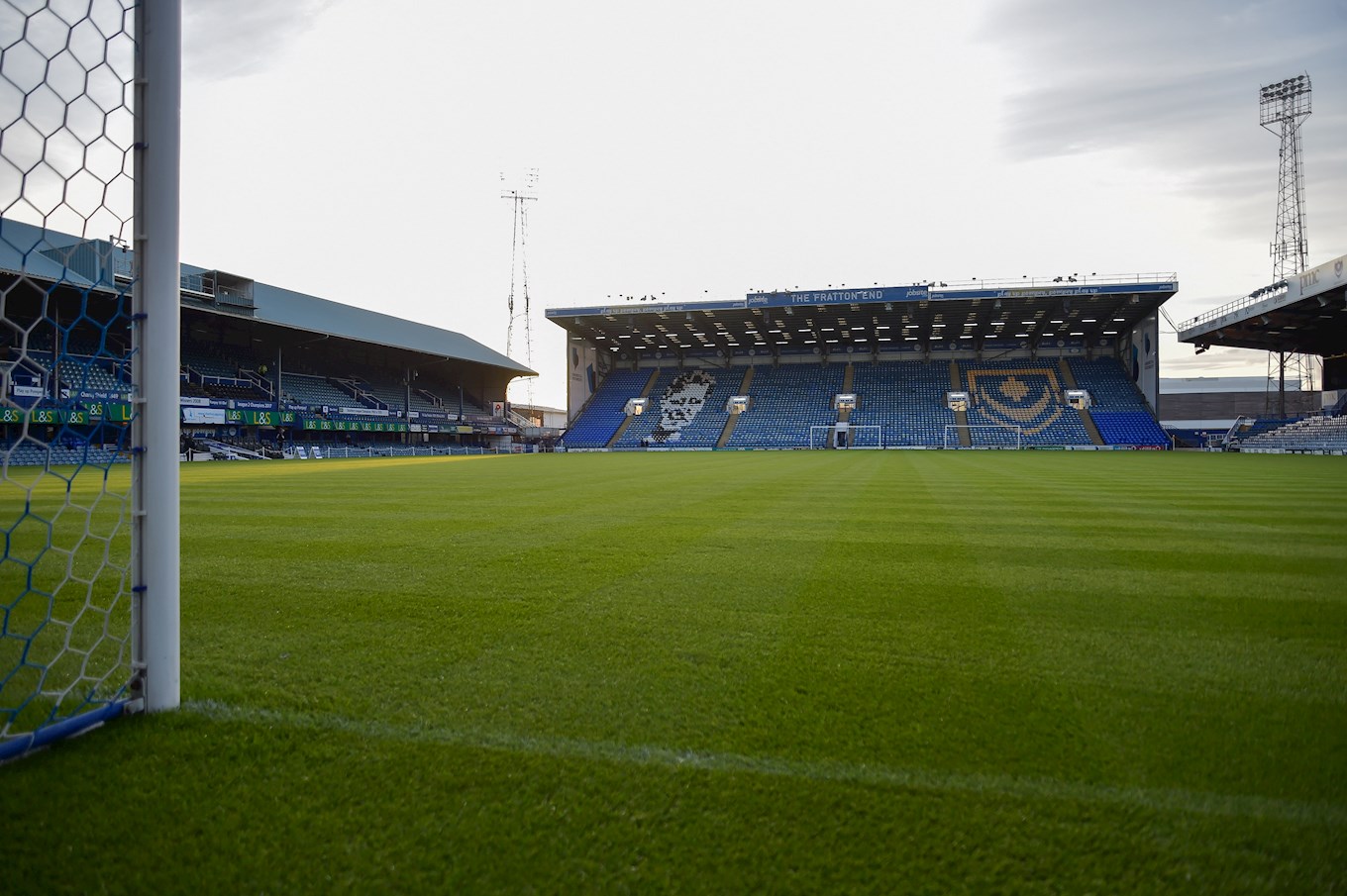 The Hatters’ third game of opening 11 days of the season will see them travel to West Bromwich Albion in the Carabao Cup first round on Tuesday August 14th, with an 8pm kick-off.

Ten years ago, when the Hatters had just been relegated from to League Two and new owners 2020 were about to be dealt the knockout blow of the infamous 30-point deduction that would ultimately lead to the drop into Non-League football, Portsmouth, Sunderland and the Baggies were all Premier League clubs.

“As far as two-third of that opening trio of games goes, it would have been a Premier League fixture list just two seasons ago, so it shows that we’ve come a good distance, but these are the games we wanted,” said Jones.

“Without being disrespectful to anyone, if we wanted to go to the same places and start off with Yeovil and Barnet again, we wouldn’t have got promoted. The two league games are fantastic games and we arrive in the division with an absolute bang, so we are going to look forward to it.

“There is no easy way of going into a league, and Pompey away is as tough as it comes, so we are going to get a stern test early on – but so are Pompey.”

Pompey’s own off-field financial difficulties at the same time as the Town’s led to them falling into the EFL’s basement division, and since the Hatters’ promotion back into League Two four years ago, the Hampshire side have become regular opponents – and role models – for the club both on the pitch and at boardroom level.

They were promoted ahead of the Hatters in 2016-17 and last term they finished eighth at the higher level, but the sides were drawn together in the FA Cup first round – Jones' men triumphing in a terrific encounter at Kenilworth Road courtesy of James Collins’ solitary strike, pictured below. 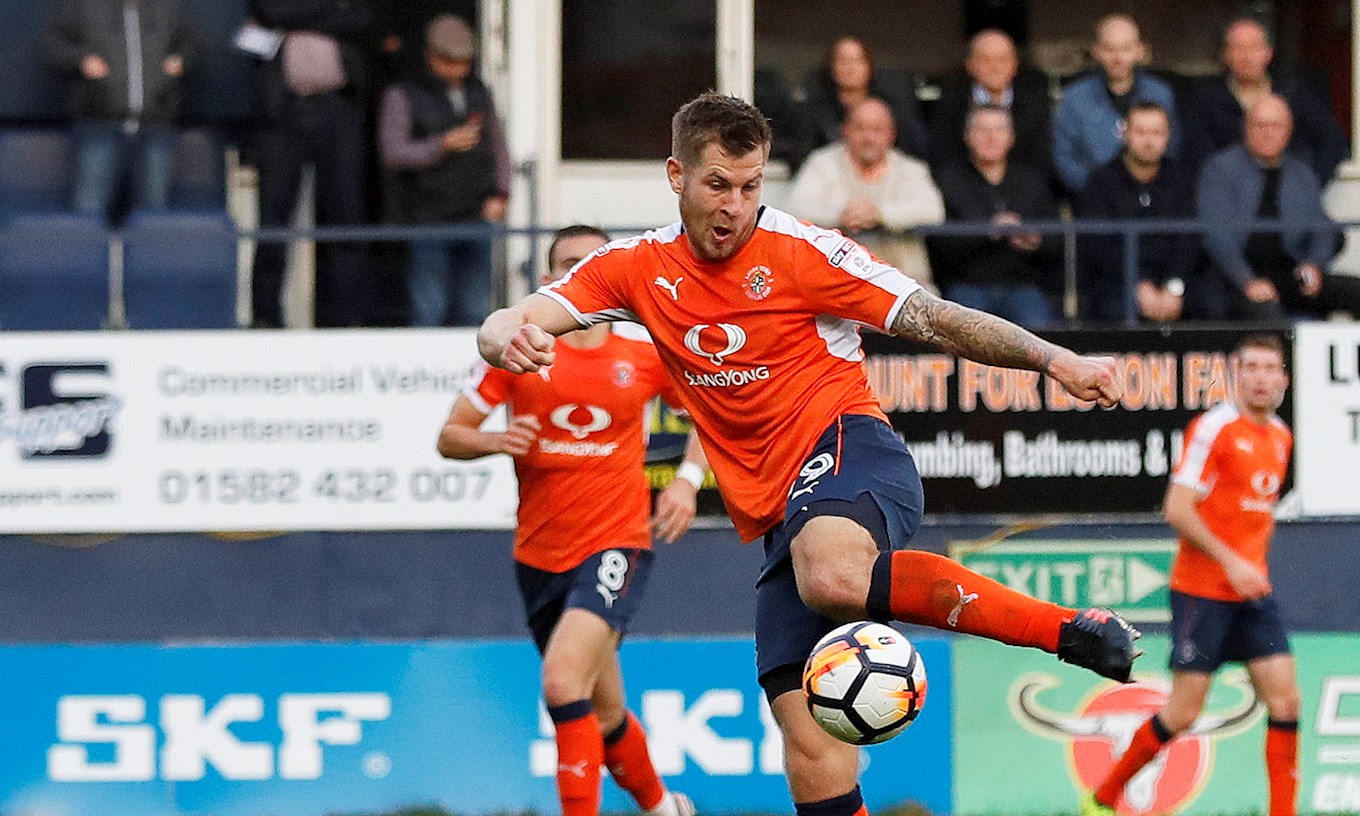 “There’ll be familiarity right throughout,” said Jones. “I know the coaching staff at Portsmouth really well and we’ve had some rivalry. We’ve had similar pathways really in terms the problems off the pitch which meant that they were playing in a league that they didn’t want to play in.

“It was tough for them to get out of League Two because of the size of the club, and it was tough for us, so we’ve had similar sorts of pathways into League One. But now we are there we’ll be competing for the same goal.”

Sunderland kick-off at home to Charlton in a game to be broadcast live on Sky, before travelling south the following Saturday for our Kenilworth Road curtain raiser.

“Without being disrespectful to anyone else in the league, that’s probably the biggest game you could have had for the first match at home,” says Jones about the club who will be managed by former St Mirren boss Jack Ross in their first third tier campaign for over 30 years.

“It’s a great test for us. We’ll test ourselves early to see where we are, and the first two games against sides that will be high up there and favourites to get promoted, so to test ourselves against them is brilliant.

“It’s the best way to do it because you get a really good gauge to see where we are, and see what we need to do – or we’ll find out that what we believe is true. It’s a great start.

“It’s one that you can really get excited about, but we’ve got six or seven weeks yet as we do all our prep work and make sure that the team is ready, and make sure we are ready mentally and physically – not just for the first few games, but for the whole season.

“They are great games and that’s why we wanted to get out of League Two. We’ve got these massive games coming up, and we want more of them.

“Sunderland have got Charlton first, and then us away. It’s a tough start for them as well. It’ll be a real, real competition for all of these sides. There are no easy games and we’ve got to make sure that we hit the ground running and we’re not playing catch-up.”

His thoughts on a Boxing Day clash at Scunthorpe? “That’s the only thing if I’m honest – I don’t know who does these fixtures or how they are done, but unless we were drawn against John O’Groats, I don’t see that we could get much further away!

“Then we’ve looked at Plymouth away on a Saturday followed by Bradford away on the Tuesday night. It’s a predominantly northern league anyway, so we knew we’d have some journeys, but we’ll prepare the right way and everything revolves around our preparation, so it’s fine.

“I think it’s the wives who are more preoccupied with the fact that it’s a big journey away at Christmas because that means people will be away for the festive period, but we’ll look forward to it as we do all the games.”