The Hatters are delighted to announce the signing of versatile defender Matty Pearson for an undisclosed fee from Barnsley.

The 24-year-old has agreed a three-year contract at Kenilworth Road and will be the second new face to join up with Nathan Jones’ squad when they return for pre-season training on Wednesday, with fellow centre-half Sonny Bradley having agreed to sign on a free from Plymouth.

Pearson started his career coming through the youth ranks at Blackburn Rovers, who he joined at the age of ten and where he won an England Under-18s cap, but his first senior football came following his release by the then-Premier League club in 2012, when he joined Rochdale.

After a season at Spotland, the Yorkshireman dropped into the Conference to join FC Halifax Town, where he first came up against the Hatters as the Shaymen qualified for the play-offs in the year the Town finished champions.

Further international recognition came with England C as a result of some impressive performances both in midfield and across the back four, and at the end of his second season at The Shay, Accrington Stanley quickly offered him a route back into the Football League.

After making his debut against the Town on the opening day of the 2015-16 campaign, Pearson went onto help Stanley make the League Two play-offs in his first season.

In total, he racked up over 100 appearances and scored 12 times, the last against Jones’ Hatters in our 4-1 win at the Wham Stadium in April 2017, before Barnsley swooped to pay an undisclosed fee for him last summer.

A managerial change disrupted the second half of the Keighley-born player’s only season at Oakwell, but still Pearson managed 16 starts and three substitute appearances for the then-Championship club to take his career appearances to an impressive 223, with 18 goals, before turning 25 years of age.

Manager Nathan Jones told lutontown.co.uk: “We’ve tried to get Matty here ever since his Accrington days. He is a player we have thought a lot of, and one we thought would improve us in every year I’ve been at the football club.

“It hasn’t been possible to do so until now, but we’ve finally got the deal over the line. We’ve been chasing him for a long time and all parties have shown a desire to get it done, so we are delighted to have him here.”

Pearson’s first interview as a Hatter will be on iFollow Hatters later, and he said: “I’m thrilled to be here. I’ve had it in the pipeline for a bit but I’ve always wanted to come, and obviously with everything to do with the club, it’s a great opportunity for me.

“The manager wanting me to come has been the main thing, and especially with the size of the club, it makes it too good to refuse. Before I went to Barnsley, I knew he wanted me, but things change. I’m made up that they got promoted into this league and I just want to get going.

“I need to take this opportunity with both hands and show what I can do.” 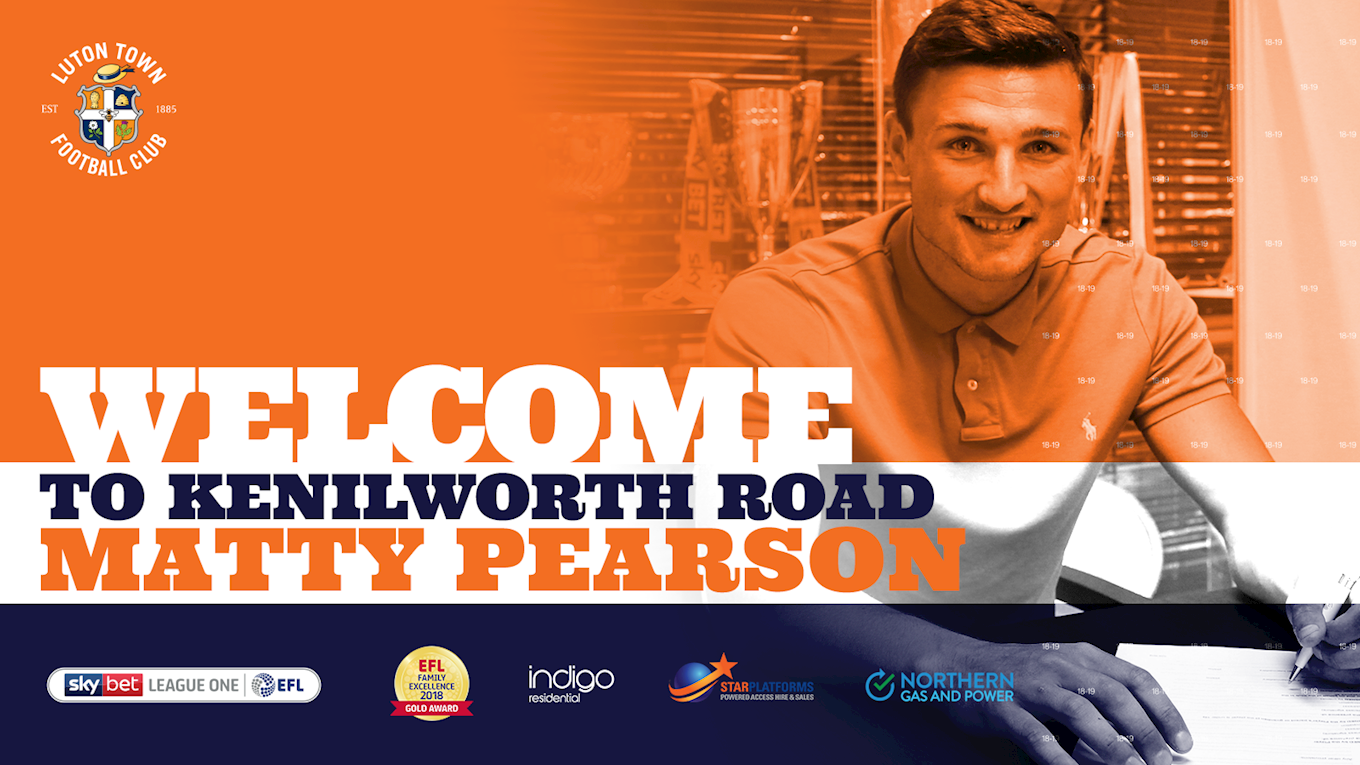