Goalkeeper Harry Isted has agreed a new contract with the Hatters, putting pen to paper on an improved deal until the end of the 2018-19 campaign at Kenilworth Road this afternoon.

The 21-year-old arrived as a free agent last summer following his release by then-Premier League outfit Stoke City, impressing sufficiently on trial during pre-season to earn a one-year contract.

The ex-Southampton youngster has yet to make a senior appearance for the Town, but he played in several development squad matches and Beds FA Senior Cup ties, featured on the bench in the Checkatrade Trophy and played seven times for Evo-Stik League Southern Premier side Chesham United last season after joining on loan in January.

The club exercised its option to extend Isted’s deal by another year at the end of the promotion-winning campaign, and has now moved to offer him improved terms as a reward for his development during his first campaign with the club.

Speaking to lutontown.co.uk earlier today, Isted said: “I was more than happy to sign a new contract, and now I just can’t wait to get back to training in a week’s time. It’s been a month and a half off and it’s felt like a long summer. I’ve been missing football so it’ll be good to get back in with the lads.”

That keenness to return for pre-season is a sign of how settled Isted feels after almost a year in Bedfordshire, living with Jack Stacey and Harry Cornick while working with Marek Stech, James Shea and goalkeeper coach Kevin Dearden every day.

“It’s good to come in and train day in, day out with the first team – playing football with proper men every day,” said Isted. “Being on the bench for the Checkatrade, doing the warm-up for some of the league games and going up to Newcastle for the FA Cup third round was all good experience.

“For my first season at first-team level, having the amazing season that we had and being around it all just makes you want it more. It dangles a carrot for you.

“I’d have liked to have gone out on loan earlier, but when it happened and I went to Chesham, I proved to myself that I can go out and play men’s football. It was a really good experience. It was just a shame I got injured and it got cut short.” 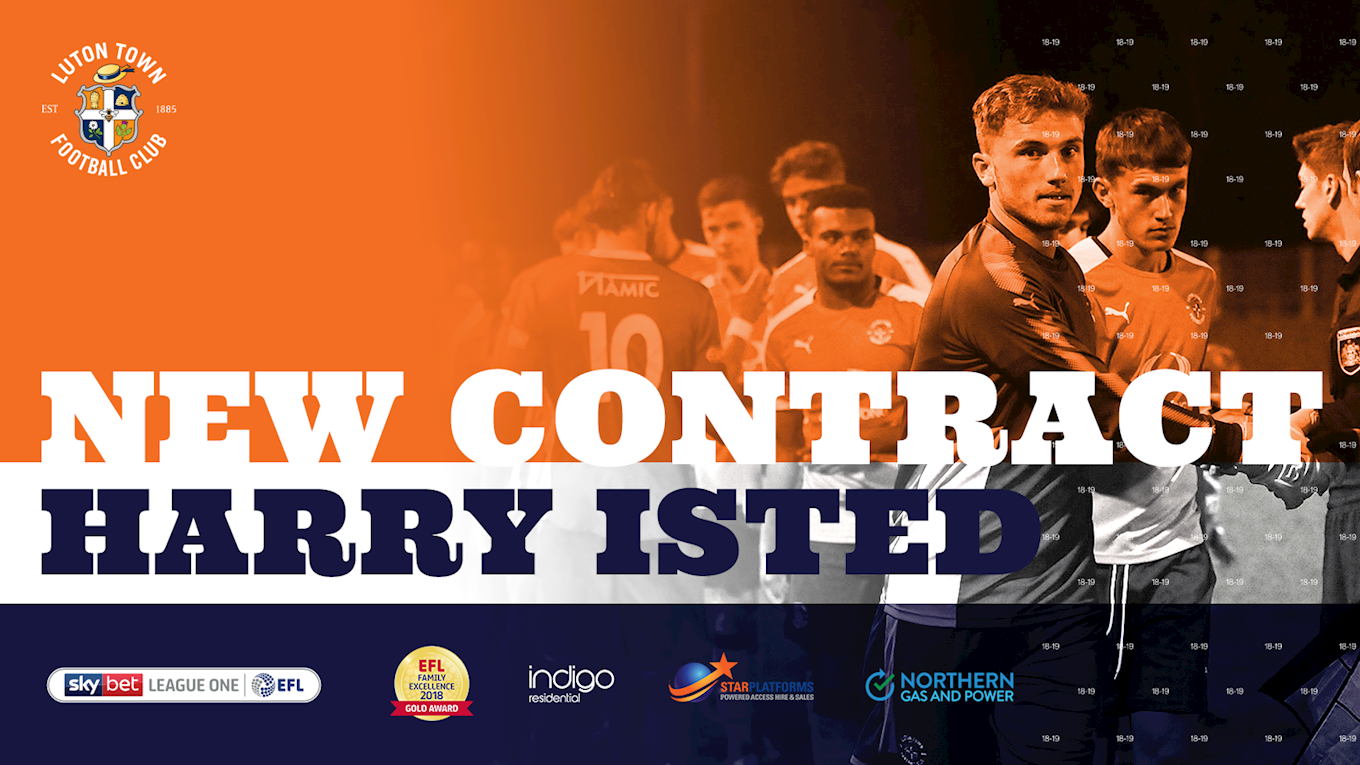 Manager Nathan Jones said: “We’re delighted that Harry’s signed a new deal. He’s a key member of the goalkeeping department, a young one that we are developing alongside Marek and James, while adding strong competition for the other two.

“He’s a good age with plenty of development left in him, so there was no question of taking up the option at the end of the season. Now what we’ve done is offer him an improved contract to reflect the way we saw him work last year, and the improvement he’s made.

“It’s improved terms and an incentive to keep heading in the direction that he is, because we hope he continues to do well and pushes the other two for a first team place.”

On working with Shea and Stech, who between them kept 17 clean sheets for the Town last season, Isted added: “We all get along really well. We know that there is only one position, but we all push each other on and it makes for good competition. It’s good for all of us if that competition is there. I need to try to make that step up now and challenge Sheasy and Marek even more.”