With just 29 days to go until the start of the Sky Bet League One season, the Hatters head to neighbours Hitchin Town tonight for the first match action of the pre-season programme.

Nathan Jones’ squad have been back in training for just over a week and the Welshman will look to give his full first-team squad – including new signings Sonny Bradley and Matty Pearson – 45 minutes each at Top Field.

Please be aware that kick-off is at the slightly earlier than usual time of 7pm, due to the early departure tomorrow morning for a week-long training camp in Slovenia.

"It's nice to get back at it. We like to go to Hitchin, there's good people over there, we've got a good relationship with their club.

"It'll be good to give them a run out, give them 45 minutes each. But pre-season is a good time, especially early on when you're finding your form and feet. It's a really good gauge and that's what Friday night will be.

"The youth team are away and I doubt me, Harty, Mick or Joaquin will want to play! We'll have a full squad going there. We've almost got a full squad in place anyway which is really, really positive for pre-season anyway. Everyone will get a run out at some stage."

Hitchin are about to kick-off their eighth consecutive season in the Southern League Premier Division, although this term the Non-League pyramid has a new look to it at Step 3 with the addition of a fourth division at that level meaning they now compete in the Evo-Stik League Southern Premier Central Division! Top Field legend and former Hatters youth player, Mark Burke, is in charge for a sixth season with Town youth team keeper Tiernan Parker’s uncle, Adam Parker, as his No.2. After missing out on promotion to National League South in the play-offs for the previous two seasons, last year saw the Canaries finish a respectable 11th in the table. 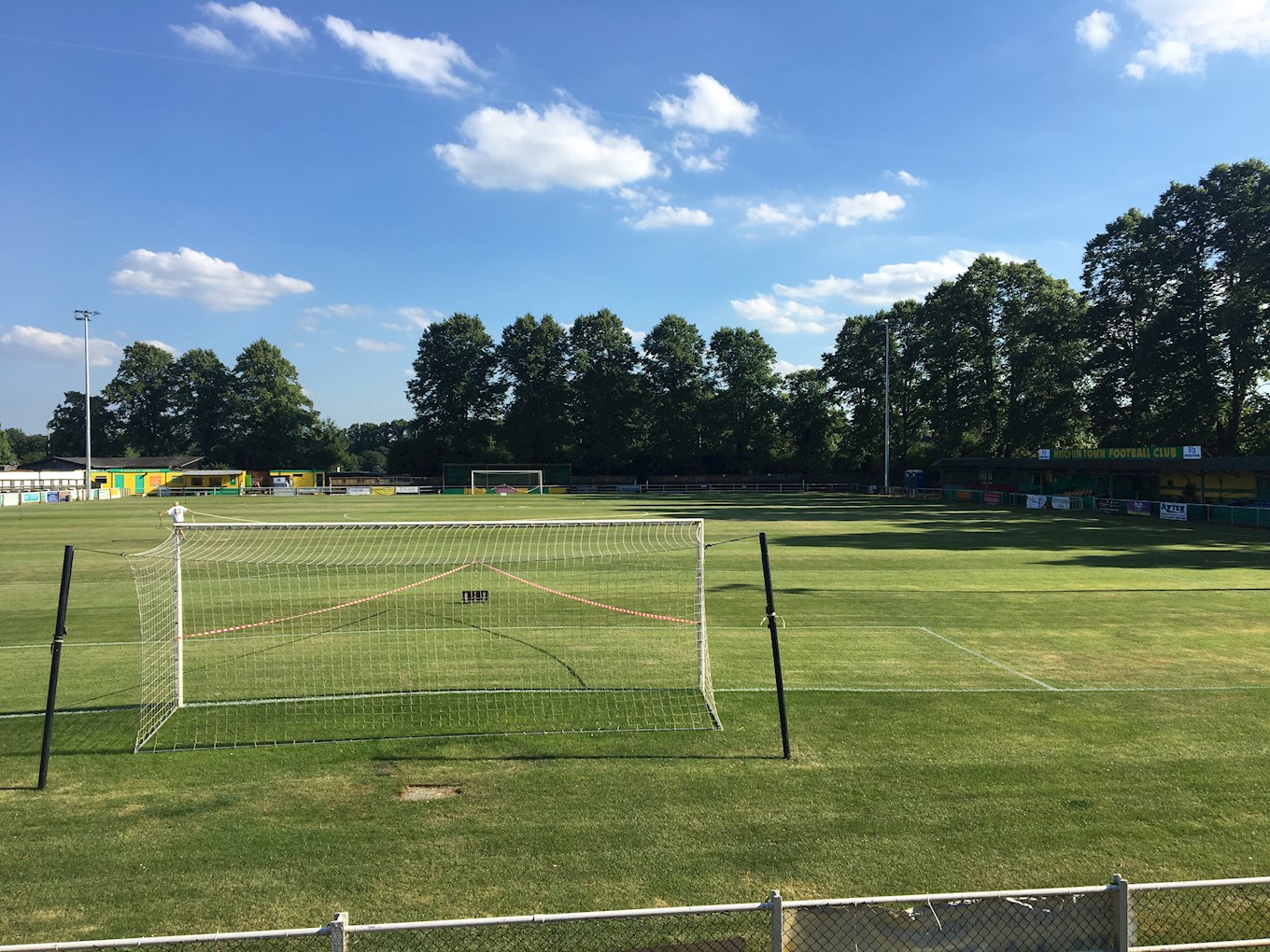 Unaccompanied under 13s will not be permitted entry to the ground.

Last season the Hatters visited the Hertfordshire club twice in the space of a fortnight, with a young Town side fighting back from 2-0 down to draw 2-2 with goals from Connor Tomlinson and Jack James on July 5th. Then, on July 18th, the Canaries stepped in at late notice after our scheduled friendly at St Albans City was cancelled following the tragic death of Saints supporter Clive Churchhouse on the day of the game. That night a senior Hatters squad ran out 2-0 winners with goals from Glen Rea (pictured below) and James Collins. 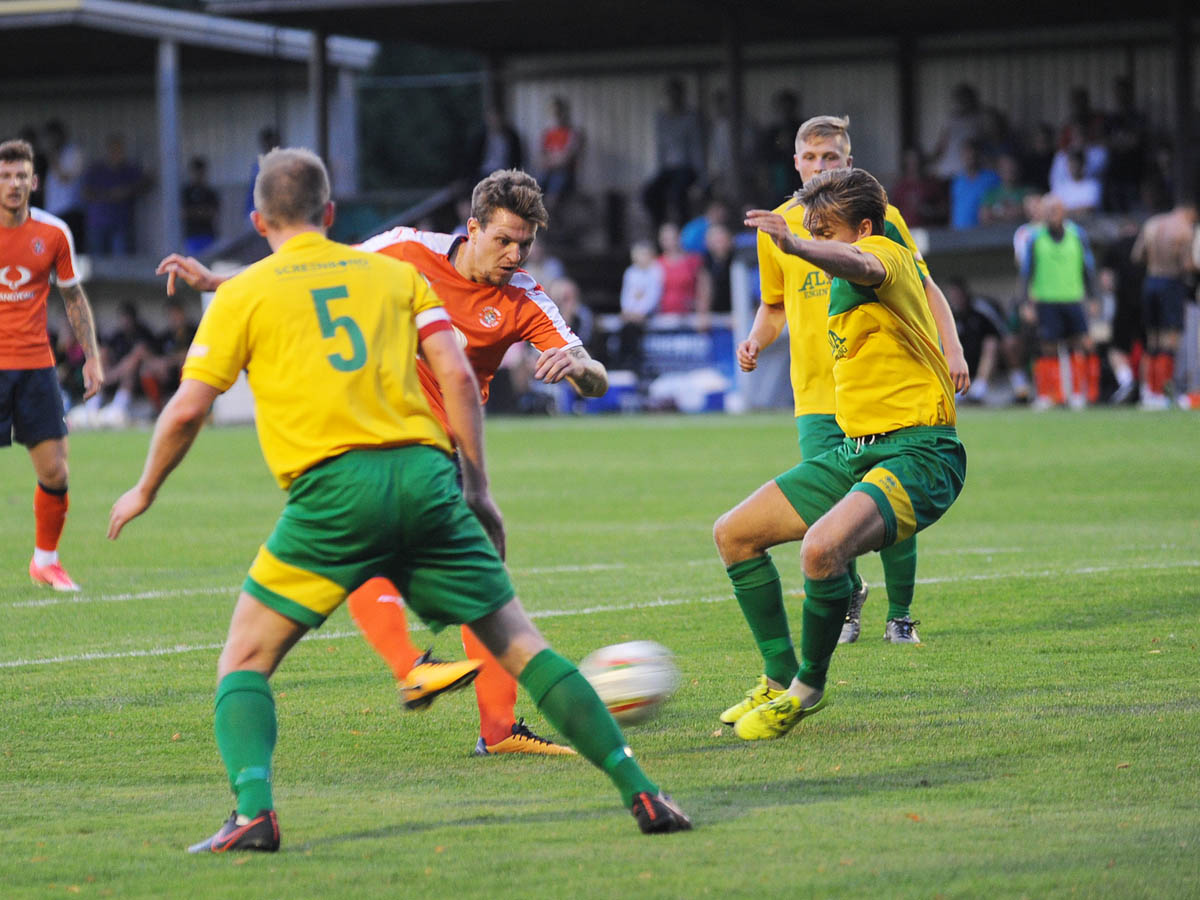 There will be a minute’s applause before kick-off tonight in memory of long-term Hitchin and Luton supporter Barry Revels, who sadly passed away last Saturday. All at LTFC would like to pass on their condolences to Barry’s family and friends.

Regular updates from Top Field will be provided via the Match Centre on the club website, which you can access here