Nathan Jones has landed another long-term target today with the signing on a season-long loan of Nottingham Forest midfielder Jorge Grant.

The 23-year-old may have come from the Sky Bet Championship club, but is a familiar face to the Welshman and Hatters fans alike after spending the past 18 months on loan at Notts County in League Two.

Jones has already ended lengthy pursuits of defenders Sonny Bradley and Matty Pearson this summer, as well as signing Andrew Shinnie permanently after his loan. 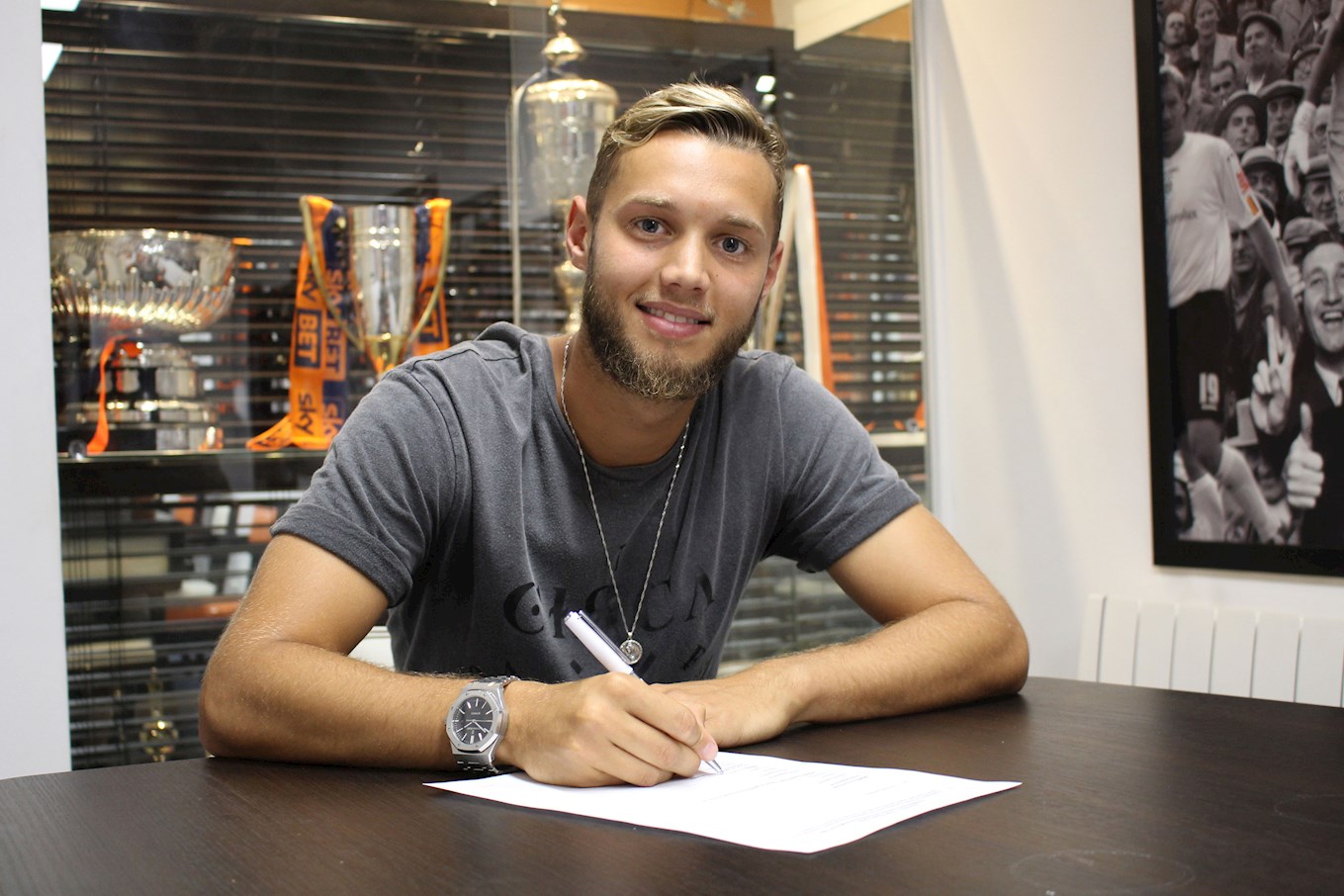 After completing his fourth signing of the transfer window – a player he would have voted for as EFL League Two player of the year last season if loan players were permitted – the gaffer told lutontown.co.uk: “Jorge is a player that we’ve tried to get here for over a year.

“We tried to sign him last summer, we enquired about him in January and we’ve tried to get him permanently now, but that’s not been possible so we’ve done the next best thing and taken him on a season-long loan.

“He’s someone I like, someone who had a fantastic season last year and was part and parcel of an excellent season for Notts County. He was one of the main factors in them being up at the top of the table for so long so he’s a great acquisition.”

Grant fired 19 goals last term as the Magpies narrowly missed out on automatic promotion, then fell just short in the play-offs as they lost to eventual winners Coventry City in the semi-final.

“He’s similar to Luke Berry in terms of the season he had for Cambridge before we signed him,” added Jones. “We want to score goals, we’re an attacking side and Jorge is a positive player. He adds that competition in those areas.

“He’s someone who is different to what we’ve got. We don’t tend to sign two similar players. We like the variation and he’s one who will give us real quality.”

Grant came through the same Reading youth ranks as Jack Stacey, who is a year his junion, then spent he spent nine months at the Nike Academy based at Loughborough University before joining Forest at the age of 18.

The Banbury-born midfielder has 20 appearances for the City Ground outfit to his name, including 17 in the Championship, with his one goal coming in the League Cup.

He netted six times in 17 appearances for County after joining Kevin Nolan’s team’s fight against relegation in the second half of the 2016-17 campaign, before earning a place in the PFA League Two Team of the Season – alongside five Hatters – with his form last term. 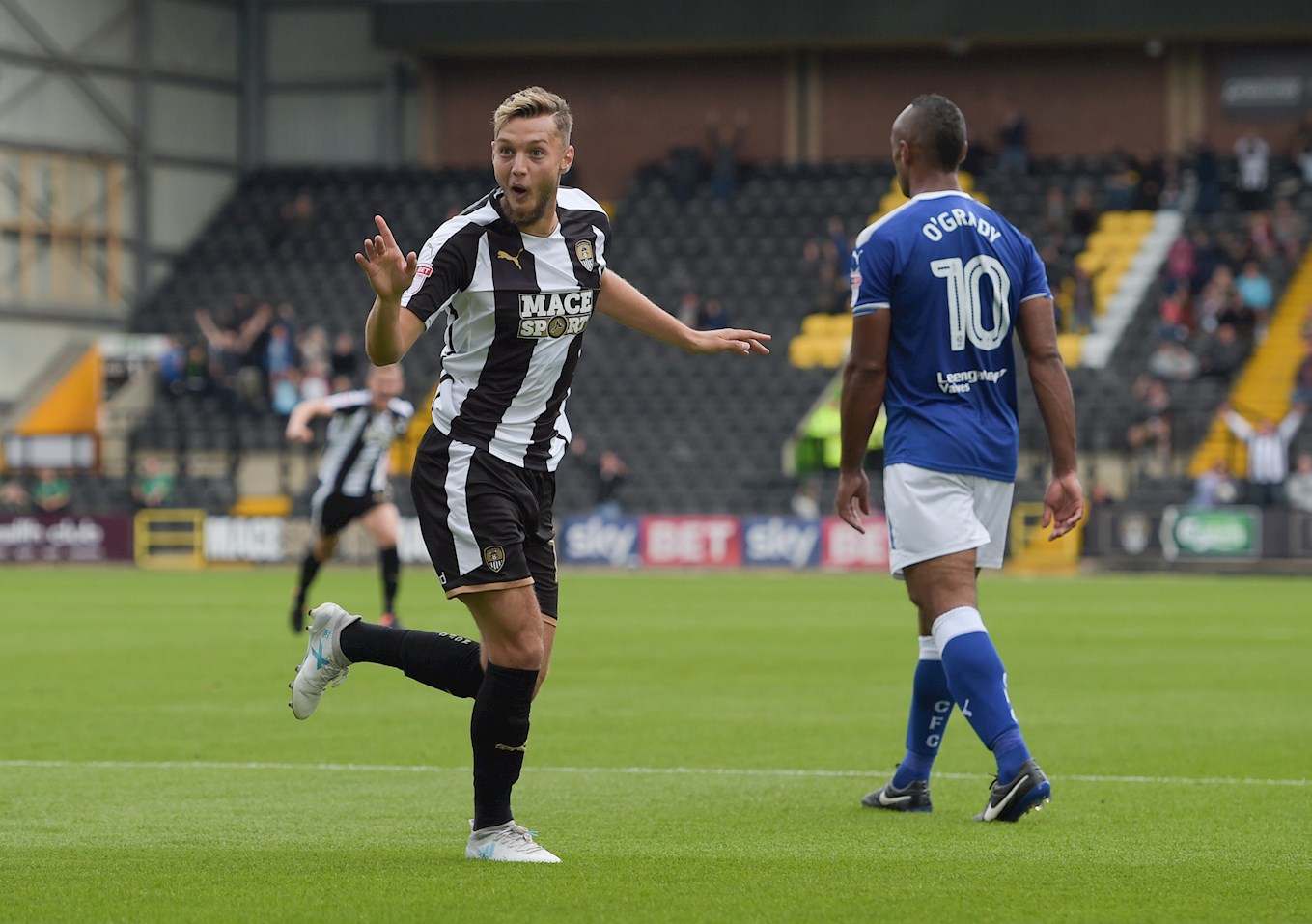 Speaking to iFollow Hatters at Kenilworth Road this afternoon, Jorge said: “I’m delighted to be here. It’s been something that’s meant to have been happening over the last few weeks, so I’m delighted to get it over the line and be ready to get started.

“Obviously I knew about Luton Town last season when I was at Notts County. Both times we played them, they played really good football and it’s one of those things where you think ‘That’s a team I’d love to be in’.

“So when I knew the interest was there I was delighted to come down and speak to the manager.”

Jorge will be at Hitchin for tonight’s 7pm kick-off – but supporters will have to get there early to catch him out on the pitch.

“I think I’m going down and doing a bit of running before the match starts, so I’ll enjoy that,” he smiled!

We look forward to seeing you in an orange shirt when you’re back from Slovenia, Jorge! 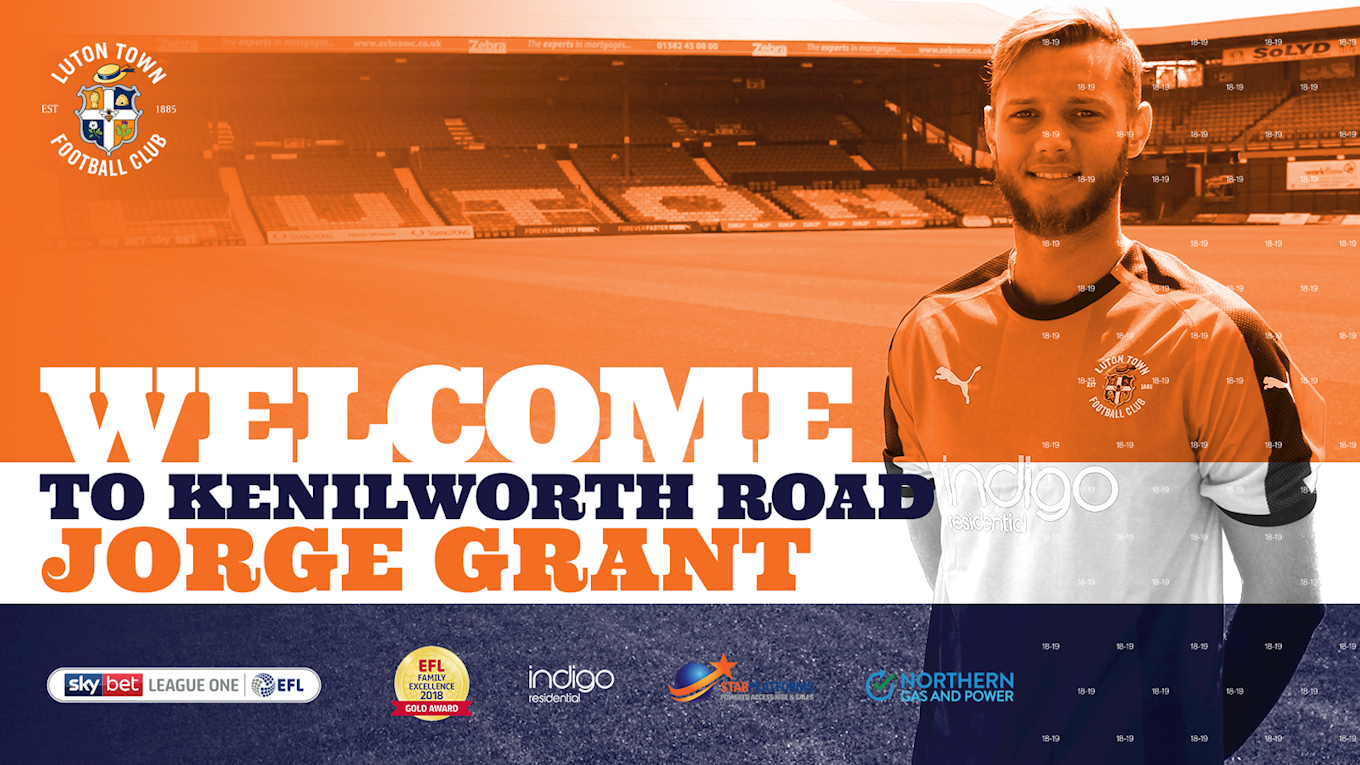