The Hatters have today completed a deal to sign central defender Lloyd Jones on a permanent transfer from Premier League club Liverpool for an undisclosed fee.

The 22-year-old has joined the Town on a two-and-a-half year contract, running until the end of the 2019-20 campaign, and will be available for inclusion in manager Nathan Jones’ squad for the Sky Bet League Two game at home to Exeter City on Saturday.

Plymouth-born Jones started out in the academy at his hometown club Plymouth Argyle, before Liverpool paid a reported six-figure fee to take him to Anfield in 2011.

During his seven years with the Reds, the defender has been a regular with the Under-21s and U23s and was included in the first-team squad on the final day of the 2012-13 season, but leaves without having made a senior appearance.

He has won international caps for both Wales and England at youth level up to Under-20s, however, and has gained valuable experience during time out on loan in the EFL.

Jones made his senior debut in League Two for Cheltenham Town in January 2015, racking up six appearances before ending that season with Accrington Stanley, where he played 11 times.

In 2015-16 he signed for League One Blackpool on a season-long loan, which was cut short after 11 games due to injury, before he joined Swindon in the same division on similar terms last season.

During his time at the County Ground, Jones made 29 appearances – scoring twice – before returning to Anfield in the summer. 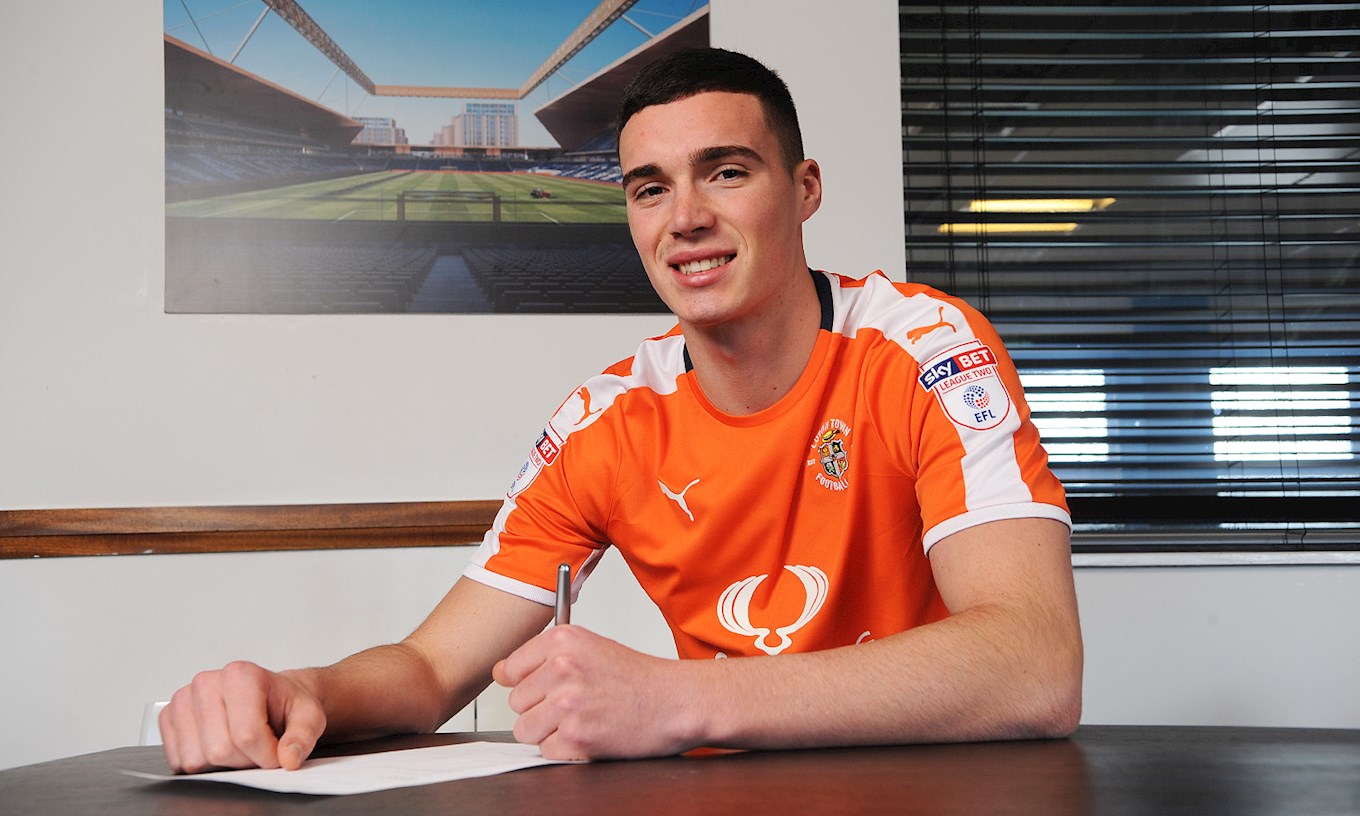 After passing a medical at Kenilworth Road this morning, the 22-year-old said: “I found out the move was a possibility about three days ago, it got followed up and here I am today.

“I want to play regular first-team football. I’ve been in the Under-23s at Liverpool for quite a while now and I wanted a new challenge, and I thought Luton was the right club for me.”

Jones watched last night’s game against Wycombe, and he added: “I spoke to the manager yesterday and he explained how the club wants to move forward and has ambitions, and that was a big factor in me coming here.

“Nathan has got a massive passion for winning, and for improving players as well. I’ve come here to play as much as I can and do as well as I can.

“I’m really looking forward to it. Hopefully we can push for promotion and get into League One for next year.”

His namesake Jones, the Town boss, said: “We were looking to bring some defensive cover in for the short-term with Scottie Cuthbert being out and Johnny Mullins picking up an injury, but when Lloyd became available, he’s one that we’d earmarked as being able to take forward longer term.

“He’s young enough that we can improve him and develop. He’s got good pedigree and has had some good loans already, and he’s one we believe can progress with the club.

“Technically he’s very good. He’s a great size, so now we’ve just got to make him a Luton player.

“He’s been out in League One and League Two already, so he’s not untried. He’s come from Liverpool and I know the coaching he gets there, and that was a big factor in us taking him for longer.

“We could have done someone slightly more short-term, just to get us through to the end of the season, but we don’t always like to do that. So when Lloyd became available, it was an easy decision for us. We’re delighted to have him.”