The Hatters have completed their second signing of transfer deadline day, taking young Ipswich Town midfielder Flynn Downes on loan until the end of the season.

The 19-year-old has been one of the bright stars of the Championship side’s season so far, having penned a three-year contract at Portman Road soon after turning professional in the summer.

He has made five starts among his 12 appearances – including his full debut when the Tractor Boys came to Kenilworth Road in the Carabao Cup in August – since being handed his first substitute’s appearance by manager Mick McCarthy on the opening day.

Brentwood-born Flynn has also made his England Under-19 debut this term, playing against Germany in September and since going onto win three caps in the young Lions’ European Championship qualifying campaign.

Hatters boss Nathan Jones said: “Flynn is a young Championship player who Ipswich have big hopes for. We don’t take many loans, but we knew about him and once we were made aware he’d become available, we felt it was worth the chance to take him.

“We are delighted that Mick was very complimentary about our environment and how we play. He was instrumental in allowing Flynn to come out and get more experience with us.”

Downes says he was delighted when McCarthy suggested a loan spell at Kenilworth Road.

“I can’t wait to get started,” said Downes. “It’s happened totally out of the blue. I was called into the gaffer’s office and he literally just said ‘Do you want to go out on loan to Luton?’ I just said ‘Yes, get me there, I just want to be playing football!’

“That is the main reason I’ve come, because I want to play football. Every youngster wants to be improving, and that’s my aim – to come here, improve and help the team.” 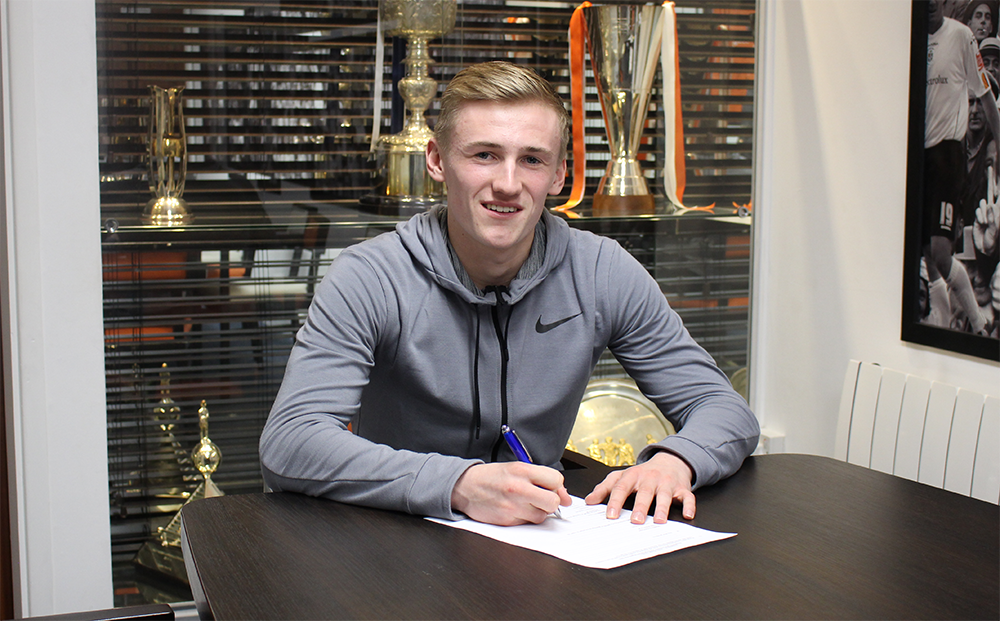 Downes’ arrival gives the manager more options in midfield and at the back, allowing Glen Rea to move into the heart of defence – a position in which he has already added Lloyd Jones today – if required.

“For us to bring someone in in that area, he has to be a very good footballer and has to be different to what we’ve got,” added Jones.

“We are looking to strengthen in that area just in case we had to move Glen, but now it gives us options at both centre-half and in midfield.

“With what we’ve done today we’ve strengthened the squad for the run-in, getting players that were as good, if not better than what we already had in the building.

“Both Flynn and Lloyd come into that category and we think that we’ve got two fantastic signings; two young players who are hungry to do well, and that fits into what we need.”

We’d like to wish Flynn a warm welcome to the Kenny – and all the very best during his time as a Hatter!