The Hatters could make it a month unbeaten should they take at least a point from tomorrow's encounter against Cheltenham Town at Kenilworth Road.

Wins over Exeter City and Crawley Town as well as a draw against Stevenage have seen the Town go February unbeaten, which means they currently sit five points clear at the top of Sky Bet League Two.

Apart from Elliot Lee who is still recovering from a shoulder problem, Town boss Nathan Jones has a full complement of players to pick from – including the likes of Danny Hylton, Scott Cuthbert and Alan McCormack, who have all been back in full training aided by the week's break with last Saturday's cancellation at Coventry.

Cheltenham head into the fixture with only one win in their last seven, but have good form against the Town having picked up two draws in our last two games at the LCI Rail Stadium and a victory over us in our last meeting at Kenilworth Road.

On players returning from injury: "Cuthbert will need minutes, but the rest are ready to be involved, so it's a strong squad we go into the game with. We had a practice game last Wednesday, so we got everyone minutes and everyone up to speed, which was a real bonus. Then we gave them a couple of days off, so it's a nice, normal lead into the weekend."

On Hylton's fitness: "It wasn't so much a hamstring [problem], just a neural problem in his back. He had a slight bit of inflammation in there which they've got rid of. There was just a little bit left which was affecting the left side, so they gave it a bigger dose.

"We tend to err on the side of caution with the doses you give them, but if we had have given him a full dose at the beginning, he probably wouldn't have missed the last few games. But we always want to be cautious with them and now it seems to have worked as he's had a full weeks training and is ready to go."

If having a week has benefited his team: "I hope so, we're ready. Whether we're fresh – you'd think so. Sometimes these things can work in your favour and sometimes they can work against you, but we're delighted with the break we had and we're looking forward to getting back to it.

"They're a good group and what it has given us is the chance to get everyone back and that's the main thing. If we had played the Coventry game we still would have been missing Hylton, McCormack, Cuthbert and so on. But they're all back now, so that's a bonus as it's a big squad available."

This campaign Cheltenham sit far more comfortably above those bottom spots, a point better off than at this stage last season, with 12 points between themselves and 23rd place.

Capable of beating any side in the division, the Robins have defeated the teams around them such as Port Vale, Crewe and Colchester, as well as those looking for a place in the top seven in the shape of Mansfield, Lincoln and Swindon.

Kick-off is at 3pm on Saturday 24th February at Kenilworth Road.

There will also be cash turnstiles available in some parts of the ground.

Of the 12 meetings, the Hatters have won three, lost the same amount and there have been six draws.

If you are a Cheltenham Town supporter heading to Kenilworth Road for this fixture, please check out our Away Supporters' Guide by clicking here, to make sure you get the most out of your trip to Luton!

Tomorrow is Supporters' Charity of the Season Keech Hospice Care's designated matchday for the season. The players will be wearing their T-shirts in the pre-match warm-up, and volunteers will be collecting around the stadium so please give generously if you are able. To find out more about the work this great local charity does, visit www.keech.org.uk for more details on how you can help fundraise or volunteer for this great local charity, email letmehelp@keech.org or call 01582 707940 #COYH 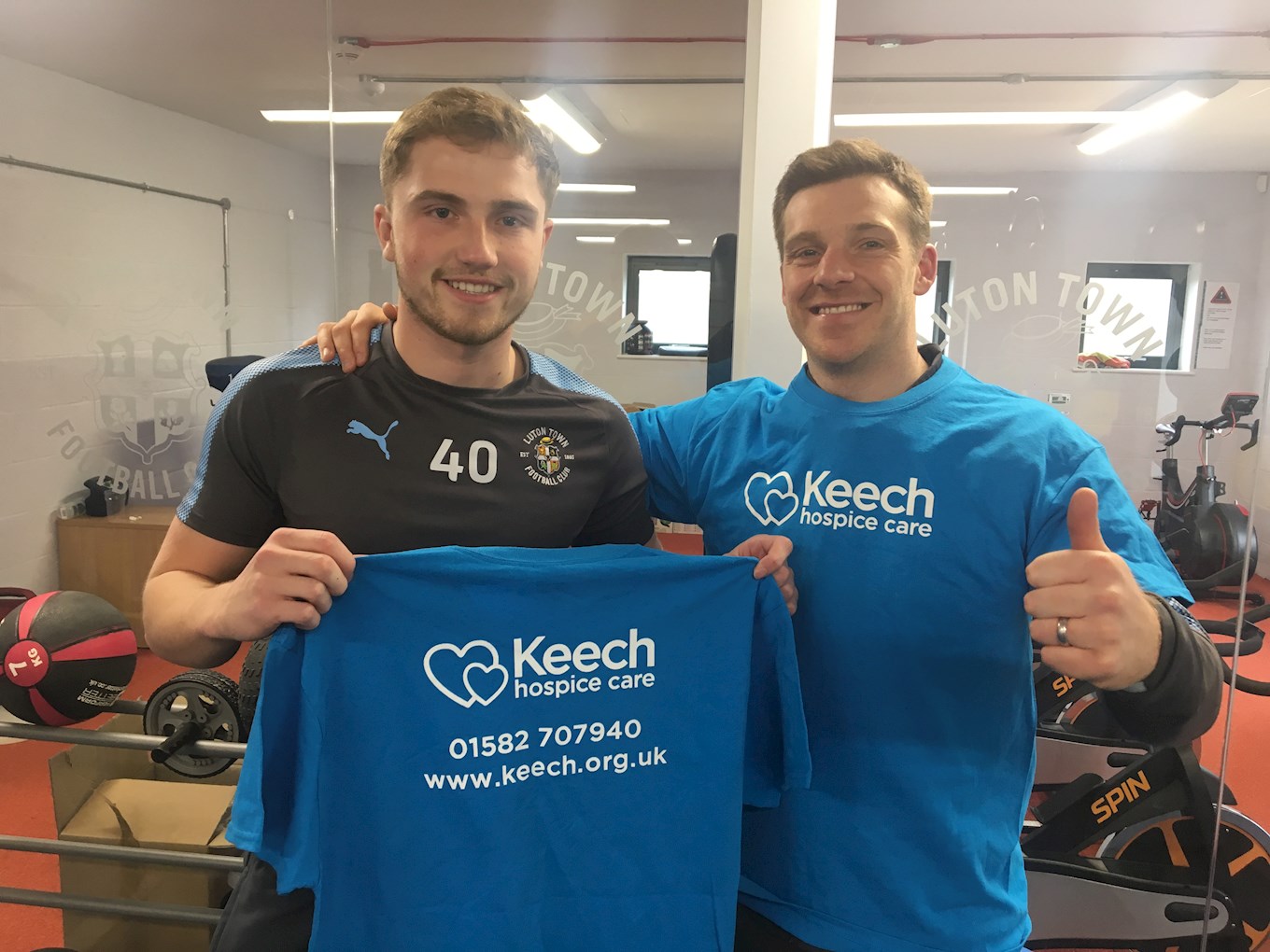