The following programme notes from Hatters CEO Gary Sweet appeared in Tuesday night's 'This Is Our Town'... 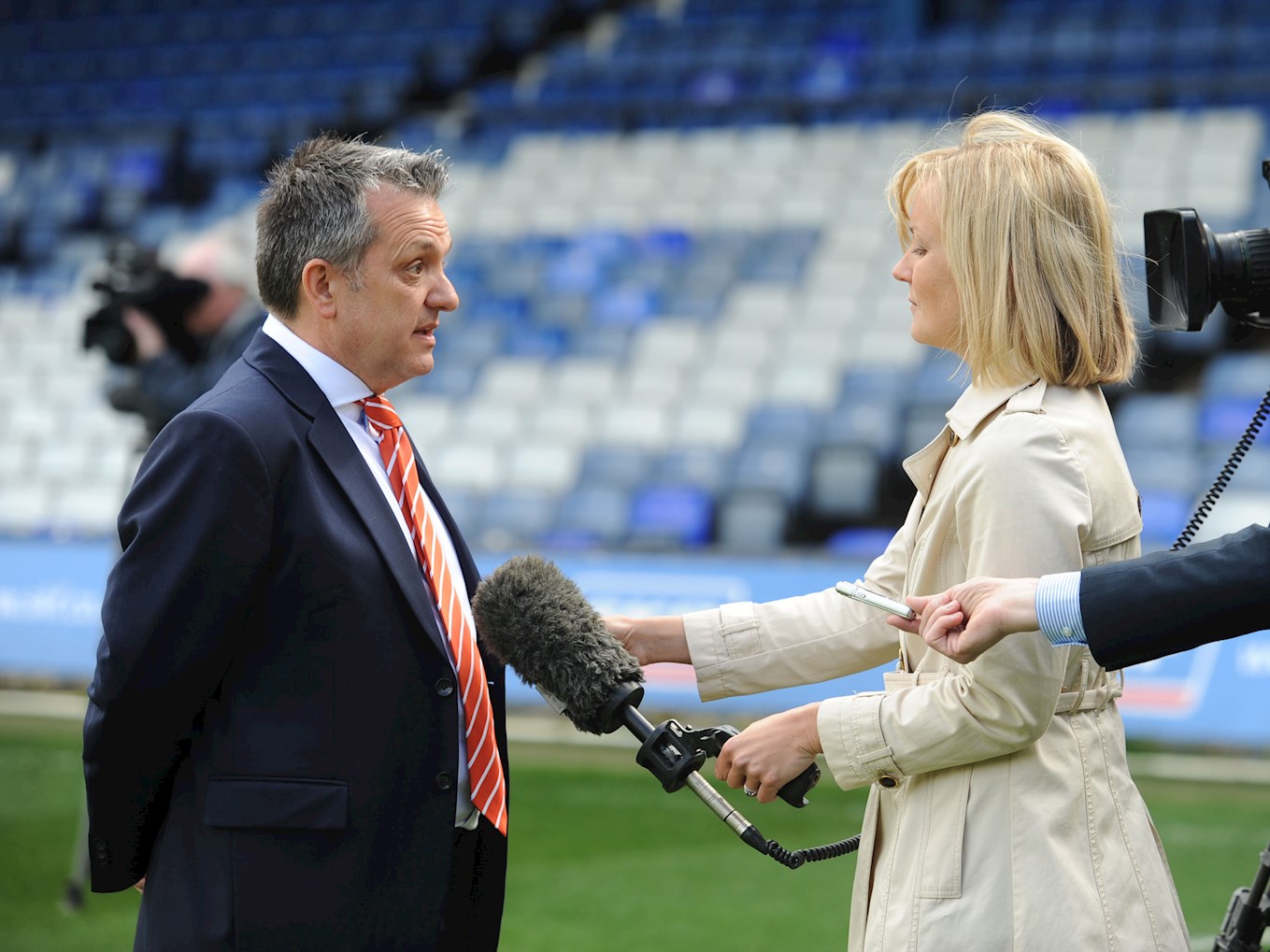 Good evening one and all to Kenilworth Road for tonight’s League Two fixture against Crawley Town.

Whilst this “wintry cold February night game against the ‘other’ red devils” doesn’t necessarily stimulate one’s romantic imagination for most, it’s a game I’ve been very much looking forward to. It will certainly be a game that I can be confident will be a million miles from that mind-numbingly horrific encounter we had the great misfortune to experience on Saturday, alongside two thousand other Luton supporters!

Welcome to all from Crawley Town; their players, staff, officials and, most importantly, supporters. There are many similarities between tonight’s opponents and Saturday’s. Both considered as ‘new clubs’ (despite Crawley’s 120- year history), both rising from the Conference (as it was then) in our early years of dropping into it, and both with a ‘chequered’ recent history of popularity with our supporters, mainly encouraged by controversial managers and with us having a bit of a bogey reputation with them over recent seasons – until this.

I’m happy to say though that Crawley are deservedly earning their plaudits, certainly in the way they are trying to play and claim an identifiable mark in the game. I have built a very good relationship with their director of football, Selim Gaygusuz – one of the Turkish representatives of the Club’s custodians – whose opinion I respect and, together with the board, were correct in giving Harry Kewell more time than many other Clubs have given their managers to find their feet. Something which Harry has clearly done now.

Stephen Browne commented to me on Saturday, “How is it we seem to always play the opposition when they’re in their best form of the season?”. Without checking the statistics of this perception, it certainly does appear to be accurate as we face the division’s top recent performers tonight and whose excellent recent run has given them a beady eye on a play-off position.

Regardless of that, we are top of the league for good reason. We may have mis-fired a little at times recently, but this is understandable with so many absences of key leaders in the team (Cuthbert, Hylton, Sheehan, Mullins, McCormack and Lee to name a few) and playing in some freakishly windy conditions and on some surfaces that only arable freeholders would be proud of. I know it is supposed to be the same for all teams, but it’s in such games when we need our leaders on the pitch, which we have sorely missed.

Despite that, we have bolstered our resources by having another very good transfer window meeting our objective of strengthening the squad without losing any key players, which we duly accomplished – not that it was all plain-sailing, I should add! January is a horrific window where the treacherous traps and pitfalls are generally more common than the opportunities it presents, and with 80 per cent of the month’s trading happening on the last day.

We’re very pleased with how we came out of it having signed two very good long-term, permanent players and one highly-rated loanee. Welcome to Luton Town Jake, Lloyd and Flynn. All three lads and their representatives were a pleasure to get signed and introduce into the fold. All three will require a little patience from you too, as they find their feet in the Lutopian culture and raise their fitness levels to our bar of expectation.

In addition to our expenditure of a total value approaching £200,000 in January, we managed to avoid letting any of our top players go despite receiving bids in total of over £2.5m placed in respect of a few players. There were a variety of reasons for these decisions. For most, retaining the services of these players was important because we strongly felt we needed to keep the squad together for the all-important run-in, especially as injuries have taken their toll and could continue to do so. For others, however, it may be a different reason. We generally accept that if a player develops more quickly than the Club is able to, we are more than happy to help them progress to the right opportunity, at the right time, receiving the right amount of compensation without it negatively impacting our season. We generally work hard to help this process if the inevitable situation is upon us but, alas, this couldn’t happen in January. In any case, none of these decisions will affect the long-term aspirations of any player.

Adding three players without loss does bloat the squad to an uncomfortable level, though – or it certainly will when our injured and suspended start to return. Consequently, it’s good to see Frankie Musonda, Harry Isted and Jack James get valuable game-time out on loan with others soon to follow.

February, for us, is also a time when we begin the process of securing and extending the contracts of some existing players for the longer term and this process is ongoing positively as we speak.

So, as we have entered the final third of the season the same two principal goals remain potentially alive for us all; promotion to League One and a receipt of a planning consent by the Local Council.

On this latter aim, I can only apologise for not giving more updates recently, however, I’m sure you all understand that as we are now in the final technical throes of the process there is little we can do or say other than wait. Naturally, we are working tirelessly (and sometimes sleeplessly) to respond to the various technical cross-examinations thrown our way, which of course, we’re able to and happy to respond to.

Indeed, there is very little now we can possibly answer given that everything should now have been reviewed in detail, other than one small but important final document which can only be issued once everything else has been.

In March – week commencing 13th to be precise – 2020 will be very well represented at MIPIM in Cannes (the event where we won two acclaimed architectural awards last year) – an important global property exhibition where partnerships are created and deals are done. We have politely asked the Council to be mindful of the fact that visiting Cannes at great expense without having a planning decision after twenty months of consideration will create a not insignificant delay in progressing with the project. Indeed, the inability to be able to trade at MIPIM will not only hamper our progress but the progress of the town itself!

We fully understand and appreciate that planning officers must be meticulous in their considerations, but we have been very patient, as helpful as any developer could be and have been swift in responding to any questions or challenges. I’m beginning to find it unfathomable how something so positive and already so detailed upon submission can take so long.

It will be incredibly disappointing (and costly) if we were to miss this key timeframe and I have urged our Council, as far as I am possibly able, to give us the ammunition to begin the process of making this dream a reality.

Right here, right now, for both the development of our town and Club, we could be lucky enough to be celebrating two major events this season and you can play a fundamental role. Your voices need to be heard on the stands and terraces and may still need to be heard if our applications get challenged after determination. Let’s not lose these opportunities – be loud and proud by make yourselves heard starting tonight to spur the team on to three points!