We are delighted to announce that both Elliot Lee and manager Nathan Jones are in the running to make it a Hatters double in the Sky Bet League One awards for November!

Forward Lee, 23, is in line for player of the month after a scintillating month in which he netted five times in the last three games - with the two goals he bagged in October giving him a running tally by the end of November of seven in as many matches, and ten for the season.

As well as the goals, the former Barnsley man produced one of the passes of the season to enable James Collins to complete his hat-trick in the 5-1 win over Plymouth, when the Hatters produced the most eye-catching of several impressive results during the month.

Lee is up against Sunderland's Aiden McGeady, Barnsley's Kieffer Moore and Charlton's Jason Pearce - and this is what the league sponsors had to say about each player:

Lee scored five goals and made another with a delightful clipped pass against Plymouth, but it was his footballing intelligence which stood out most. Possesses an uncanny knack for arriving in the box at exactly the right moment.

Impossibly gifted, McGeady’s talent belongs at a higher level than League One. He appeared determined to prove that assertion in an outstanding month in which he used his dancing feet to score four goals and set up two more.

Of Barnsley’s six league goals in November, Moore scored four and set up one. Two goals were typically towering headers from the giant forward, yet it is his positional sense which stands out most and makes him difficult to mark.

The lynchpin of a defence which conceded just two goals in four games. Dominant in the air, tidy on the floor and a superb organiser of those around him, he also volleyed home a late winning goal from close range at Burton. 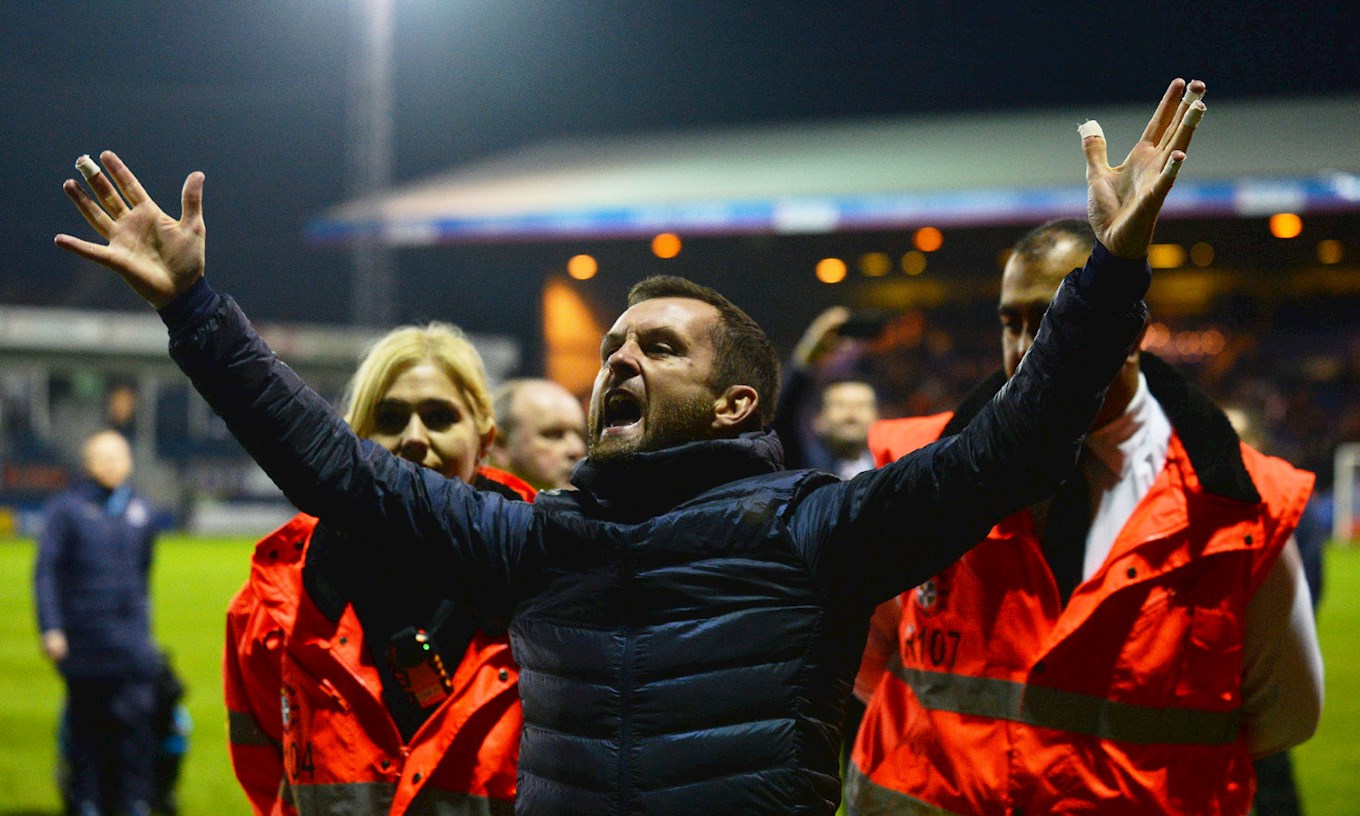 Nathan is up for the managerial award for the second month in a row, after narrowly missing out to Coventry boss Mark Robins in October. This month the Welshman and his staff have steered the in-form Town boys into third place in the third tier with a goalless draw at Rochdale followed by that wonderful victory over Argyle, a 3-1 win at Gillingham and a 4-0 home success over Bradford City.

In their press release, Sky Bet said the following about Nathan and the three he is in contention with - Wycombe boss Gareth Ainsworth, Charlton's Lee Bowyer and Kenny Jackett of the leaders Portsmouth:

Trips to Sunderland and Accrington, as well the visit of away day specialists Peterborough looked daunting for Ainsworth’s team. Luckily, he didn’t buy into that theory and led his side to 10 points from four unbeaten games.

A perfect month for Charlton and for Bowyer who led his side into the play-off positions with four wins from four games. Has built a team with a solid defensive foundation, as evidenced by just two goals conceded in the month.

Just three games for Jackett’s men in November, but they won them all to maintain their position at the top of League One. Has instilled a consistency of performance as well as points gathering, with only one goal conceded.

His side continued its free-scoring ways, finding the net 12 times and collecting 10 points from four games. Utterly dominant at Kenilworth Road, he has fashioned a side which refuses to ease up, always looking for more goals.

Well done to both Elliot and Nathan on their nominations. The winners of each category will be announced on Friday morning.