Hatters forward Elliot Lee has been awarded the Sky Bet League One player of the month award after a scintillating November in which he netted five times in the last three games.

The 23-year-old drew a blank in his first outing of the month when the Town drew 0-0 at Rochdale, but went onto score against Plymouth and grab a brace in both wins over Gillingham and Bradford to take him to ten for the season.

As well as the goals, the former Barnsley man produced one of the passes of the season to enable James Collins to complete his hat-trick in the 5-1 win over Argyle, when the Hatters produced the most eye-catching of several impressive results during a month which also saw Nathan Jones nominated for the managerial award.

Nathan missed out on this occasion to Charlton’s Lee Bowyer, but his second successive nomination underlines the consistency he and his team have been showing in recent weeks, so well done Gaffer.

And after seeing off the Addicks’ Jason Pearce, Sunderland’s Aiden McGeady and Barnsley’s Kieffer Moore to scoop the player award, all at Kenilworth Road congratulate our No.10 on his wonderful achievement! 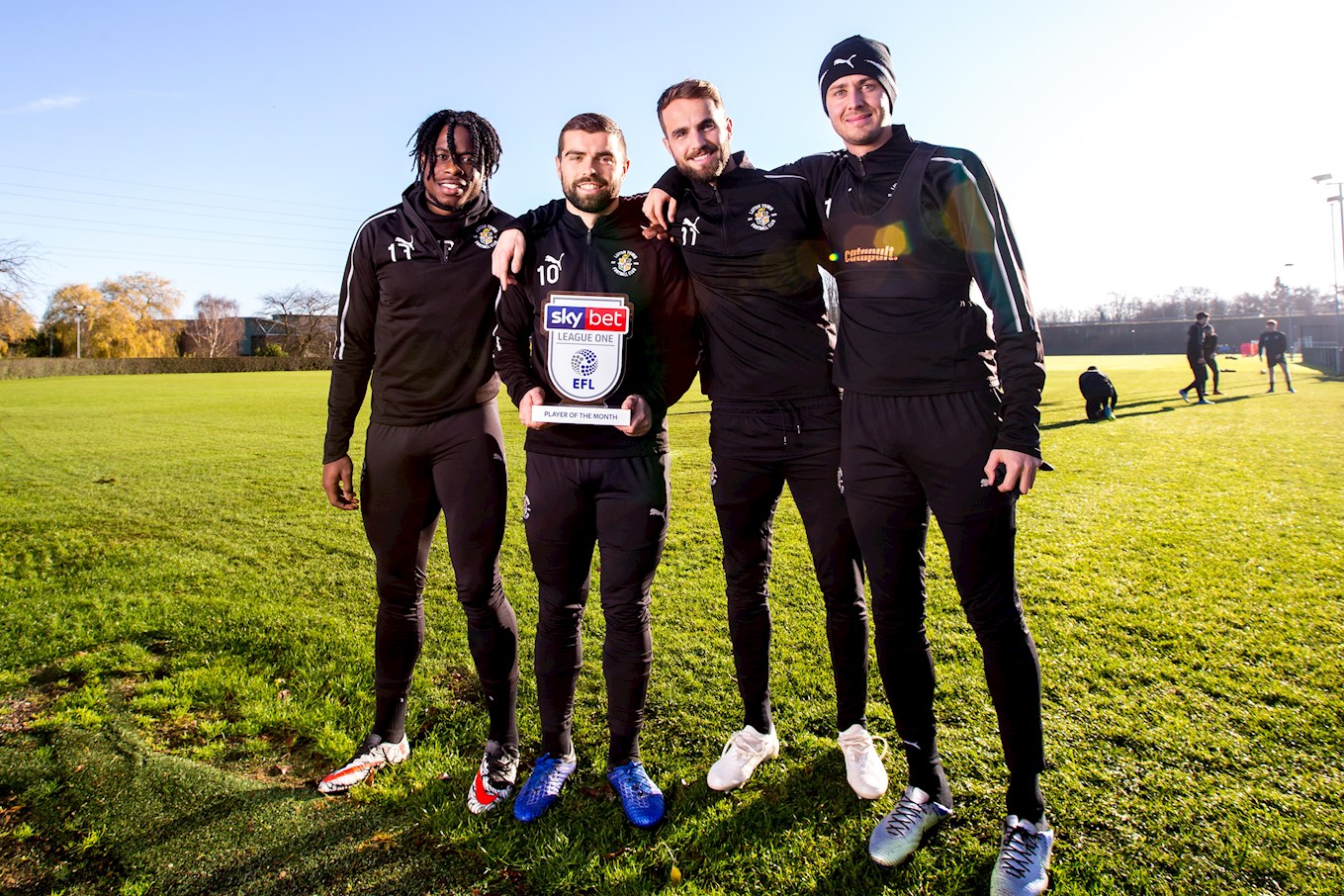 Below is the league sponsors' press release announcing Elliot's success...

Luton Town attacking midfielder Elliot Lee has been named the Sky Bet League One Player of the Month for November.

Lee scored five goals and made another with a delightful clipped pass against Plymouth, but it was his footballing intelligence which stood out most. He possesses an uncanny knack for arriving in the box at exactly the right moment.

Luton manager Nathan Jones said: “I’m absolutely delighted with him because Elliot’s a different player to when he came here, which is a credit to himself but also the people at the club.

“We’ve given him a platform, but his mentality is different from when he was here the first time. He still has that real selfish goalscoring streak, which, for the majority of the time is very good, but he’s gone up a level, with his workrate for the team.

“We often think that the players are overlooked for these types of awards, but this is his just rewards. He’s in real good form and I’m really pleased for him because he’s shown a different side that I’m not sure people thought he had.”

Lee said: “In this team, wherever you play, you’re going to get chances. It’s good to be top scorer despite not playing as an out and out striker.

“I like to think that I am a natural goalscorer and this month I’ve found myself in the right place at the right time, so I’m happy with how it’s going at the minute."