Town boss Nathan Jones is hoping Danny Hylton will be fit for this weekend's trip to Peterborough United, with the gaffer wanting his side to pick up their first three points haul of the new season.

A defeat on the opening day at Portsmouth was followed by a 1-1 draw against Sunderland – whilst his side were knocked out of the Carabao Cup on Tuesday night by Championship side West Bromwich Albion.

Jones said: "Sometimes you accept not playing as well and getting three points or scoring early and having to defend it out, you accept that.

"But we know performances level out over the season, so if we're in good form and we're in a good place, then we will get the results we deserve. There are no unlucky teams really over the course of a 46-game season. What we have got to do is make sure we are picking up those points now and get what the performances deserve."

Hylton completed 90 minutes against the Black Cats, but was dropped from the squad for the game versus the Baggies, with Jones saying a small problem hopefully wont keep him out for much longer. 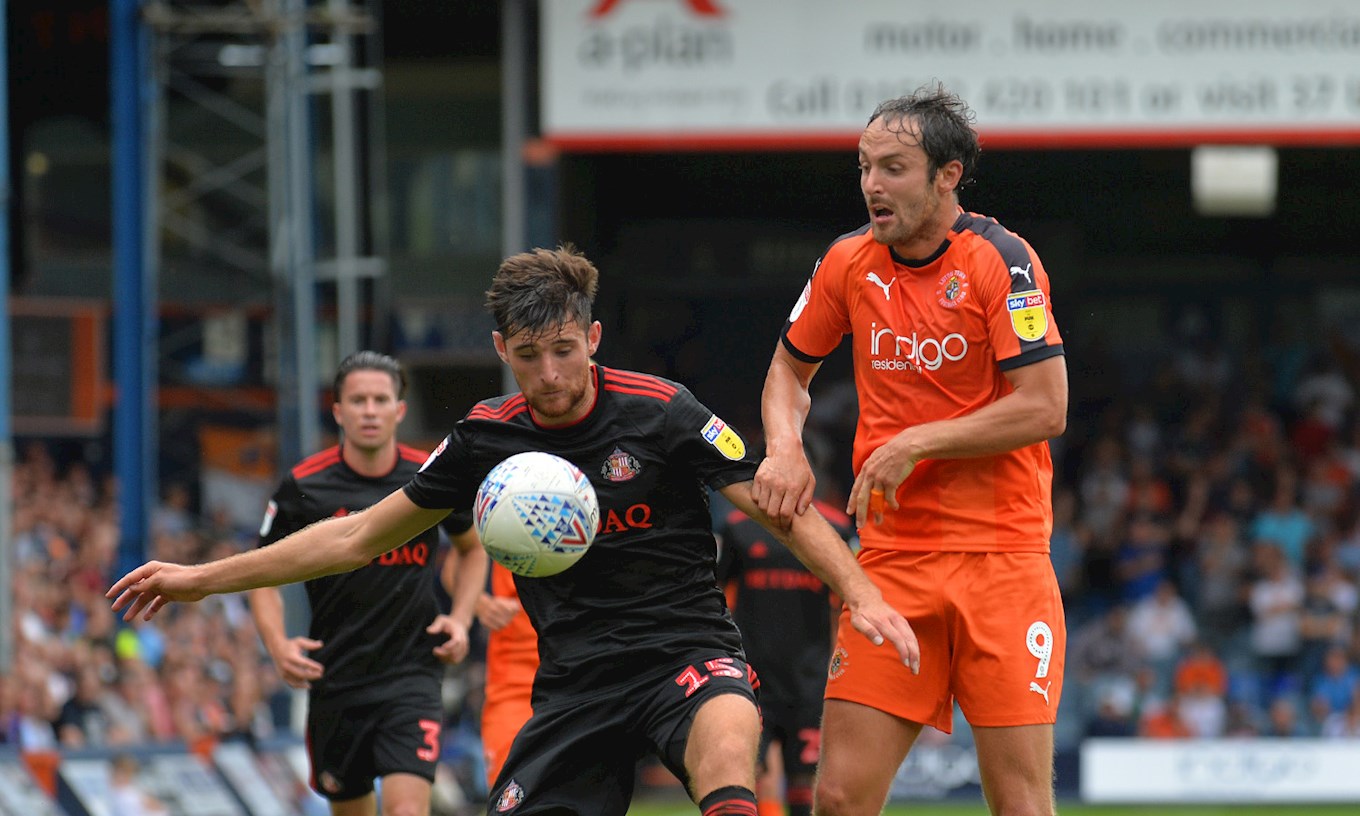 (Danny Hylton in action against Sunderland on Saturday)

"Hopefully [he's available], it's just we've got to be careful because of the type – it's not an injury, just a little niggle really," the Welshman continued. "Because of the strength of the squad we don't tend to risk, especially not this stage of the season.

"Hopefully we will [have him back] and that would add good competition. We've trained today and they're all raring to go and they're all in good form, they're sharp. The weather helped as well with the rain.

"It's just a minor thing, it's just a little muscle strain really. He puts in big shifts every single day, he probably puts in big shifts when he goes home, that's the trouble, in terms of with his kids! He's non-stop and sometimes he has to take a step back. We didn't risk him on Tuesday and hopefully we can have him available for the weekend."

Jack Stacey, Matty Pearson and Pelly-Ruddock Mpanzu were the only players to start both on Saturday and Tuesday evening, with Jones keen to get as many minutes under Pearson's belt to ensure he is as comfortable as possible with the Town's style of play.

He said: "Pearson is finding his feet here and he needs to do that, I felt he needed another game. It would have been quite easy just to play Lloyd Jones or Glen Rea in that position, but we just felt he's learning. We play a different way to what he's been used to, so he has to hit the ground running and the more games he gets the better he will be. I thought him and Sonny Bradley were excellent.

"Pelly is a real durable athlete now. There's a few with a bit of fatigue, Jorge Grant, we would have probably liked to have given him another 90 minutes, but he was fatiguing a little bit, that's why we went with those. People like Jack Stacey have got another 90, James Justin, who have been regulars for us." 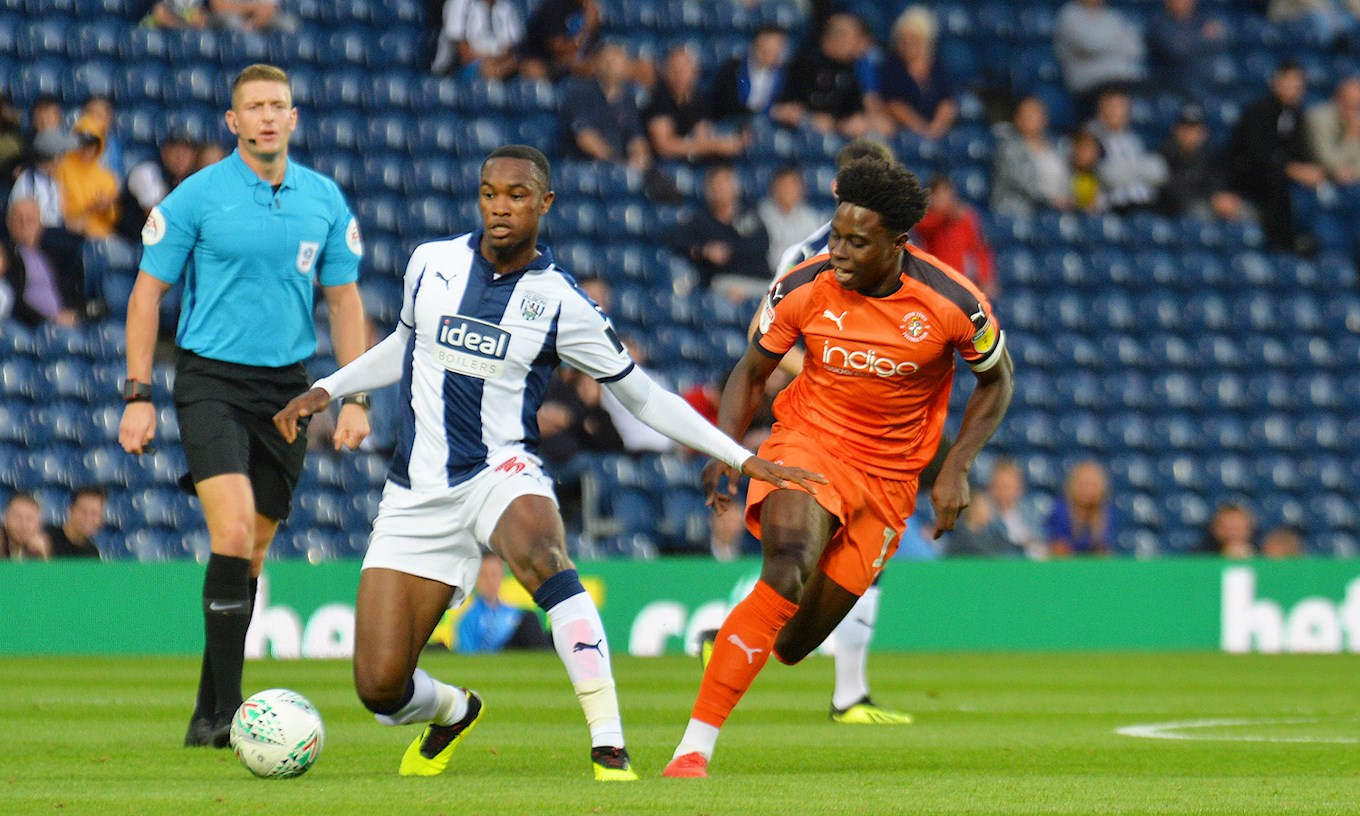 (Pelly-Ruddock Mpanzu, pictured here against West Brom, has been in fine form so far this campaign)