The Hatters travel to familiar rivals Wycombe Wanderers tomorrow for the first of successive away games in Sky Bet League One, looking to make it three wins in a row for the first time this season.

The Chairboys were promoted from League Two alongside the Town last season, finishing third and taking the final automatic promotion spot, four points behind Nathan Jones’ Hatters and nine behind champions Accrington Stanley.

Jones and his squad head to Adams Park tenth in the table and in terrific form, having won back-to-back home matches with Southend beaten 2-0 and Shrewsbury seen off by the odd goal in five last Saturday.

Hopes of a first away victory of the campaign are strong with the Hatters undefeated in 13 previous trips to the Buckinghamshire club, with last season’s last-gasp 2-1 win – when Town trailed 1-0 with 90 minutes on the clock before Scott Cuthbert and James Collins struck – being the seventh in that sequence. 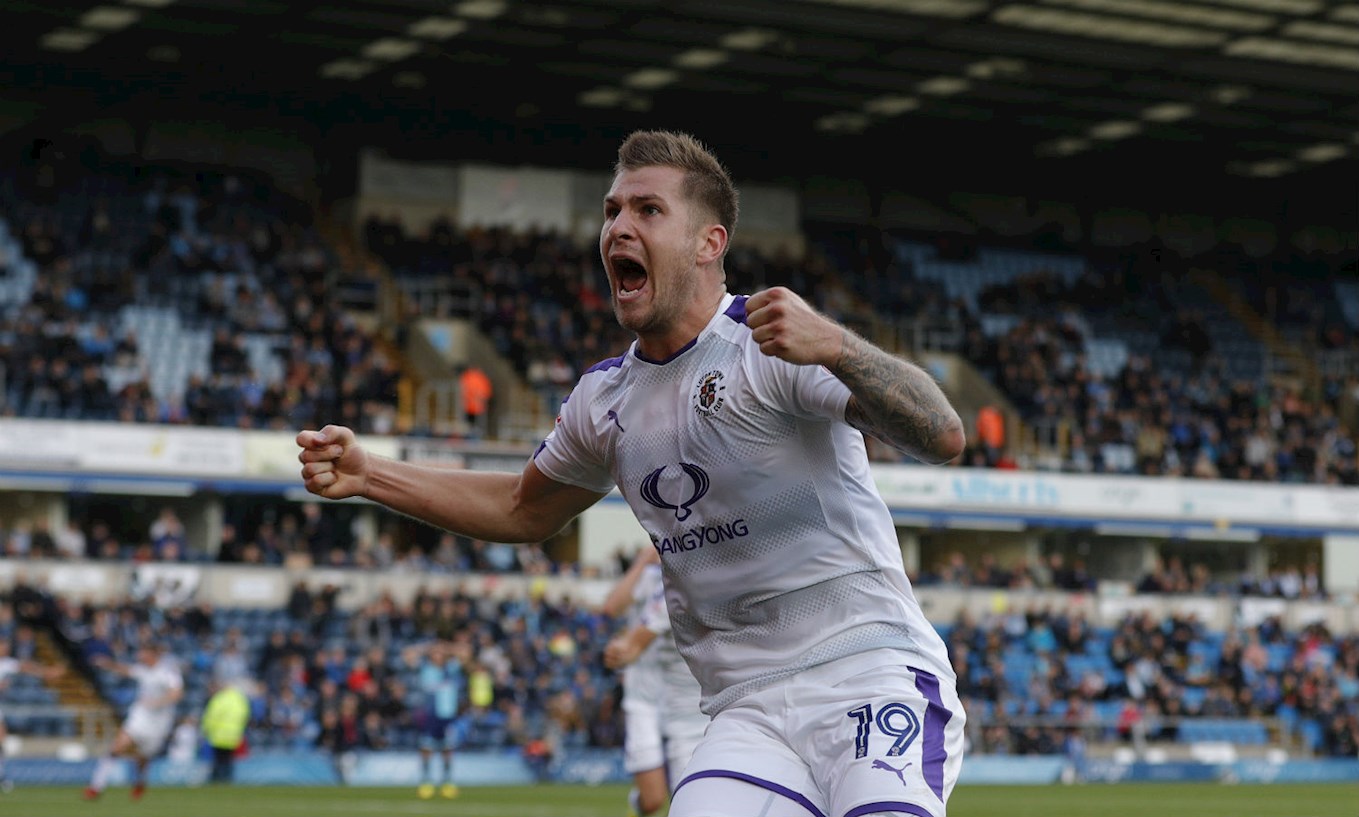 Wycombe sit 17th in the table after five games, having recorded their first win at Bradford City last week when former Hatters striker Craig Mackail-Smith and midfielder Bryn Morris were on the scoresheet.

Gareth Ainsworth’s side have picked up their other points in draws with Blackpool and Plymouth, while also progressing to the third round of the Carabao Cup with a penalty shoot-out win over Forest Green Rovers in midweek.

Fitness-wise, Danny Hylton and Alan Sheehan could be back in contention after the former was substituted at half-time of last week’s win over Shrewsbury with a hamstring niggle, with captain Sheehan sitting the fixture out completely after having injections in a heel injury. Midfielder Luke Berry continues his return to full fitness having played an hour in a behind-closed-doors development game this week and trained fully with the squad.

On Wycombe: “They were at the right end of League Two for a long time under Gareth and obviously we were for the two seasons that I was here, whilst we were in it. So it was always a big game against them and it is a big game, character wise in terms of players in both sides and in both camps, and I would say the managers too, because we were competitive as players and we still have that. It’s always a tough game, always a physical game, usually laden with a little bit of controversy, so it’s a mouth-watering fixture.”

On last year’s win at Adams Park: “I think that one was more enjoyable because of the timing of the goals and so on and again, we had to blag it if you like, in terms of coming from behind because we tried a few things. On the day we didn’t play badly. They always have a threat in certain things that they do, so we’ve got to make sure this year we defend slightly better. I thought we defended quite well on the whole last year. We’ve got to make sure we take our opportunities when they come.”

On Wycombe’s threats: “I think they’re multi-faceted. They’ve got good energy, they press you, they have that threat with Adebayo Akinfenwa, they’ve got good forwards, they’ve recruited so they’re stronger than what they were last year. They have enough threats and we have got to make sure we’re aware of those threats, which we will be, but we’ve got to utilise the threats that we have, which we think are very good as well.”

A club that continues to defy the odds, with Ainsworth leading his side to automatic promotion from League Two last season. One of the smallest budgets in the EFL has seen the Chairboys take on cast-offs from other teams at a similar level and reinvigorate them – Adebayo Akinfenwa a good example, banging in 36 goals in two seasons, now aged 36. In charge since 2012, Ainsworth saw his side bounce between promotion hopefuls to relegation contenders over the years, but finally got them promoted to the third tier last season.

Kick-off is at 3pm at Adams Park on Saturday 1st September. With a 9,500 capacity, Adams Park is a delightful little ground standing in between the rolling hills of the Chilterns. Built in 1990, it’s located at the end of an industrial estate and now hosts Reading Women’s home fixtures. 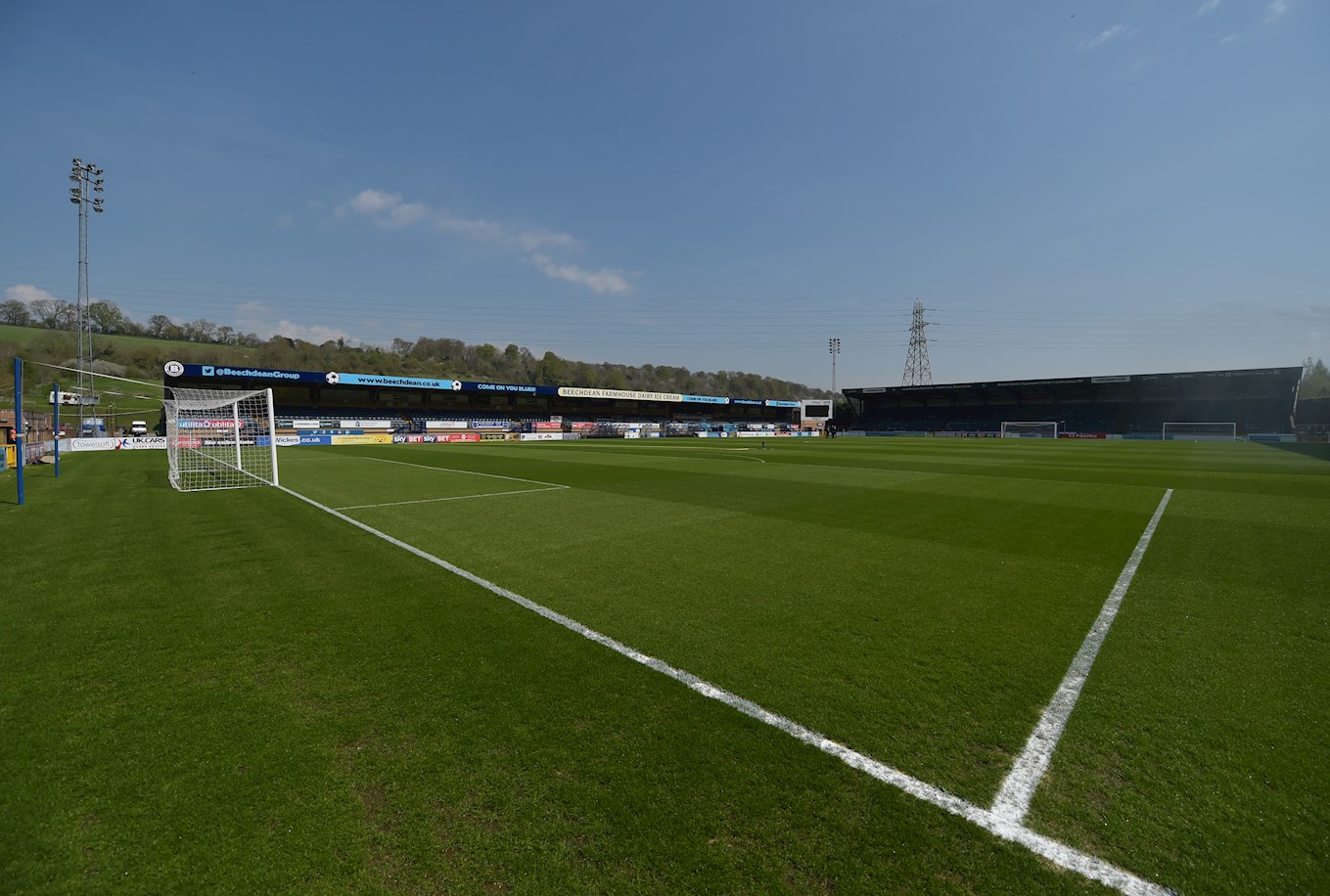 The Hatters received an allocation of 1,800 for this ALL-TICKET fixture, and as of 5pm Thursday evening, less than 100 remained. There will be NO pay on the day at Adams Park.

At the stadium itself, Wycombe have the Printkick Fan Zone with a beer tent, BBQ and soft drinks available from midday.

Tomorrow’s match will be refereed by Darren England, who last took charge of a Hatters game away at Barnet in April 2017, when Olly Lee’s goal secured a 1-0 win. He is now a Select Group 2 referee and his four league games so far this season have come in the Championship, with two Carabao Cup ties including Millwall’s 3-2 win over Plymouth on Wednesday night. He has issued two yellow cards in each match this season, apart from Nottingham Forest’s 1-1 draw with West Brom, when he booked three. He is yet to send anyone off this term. 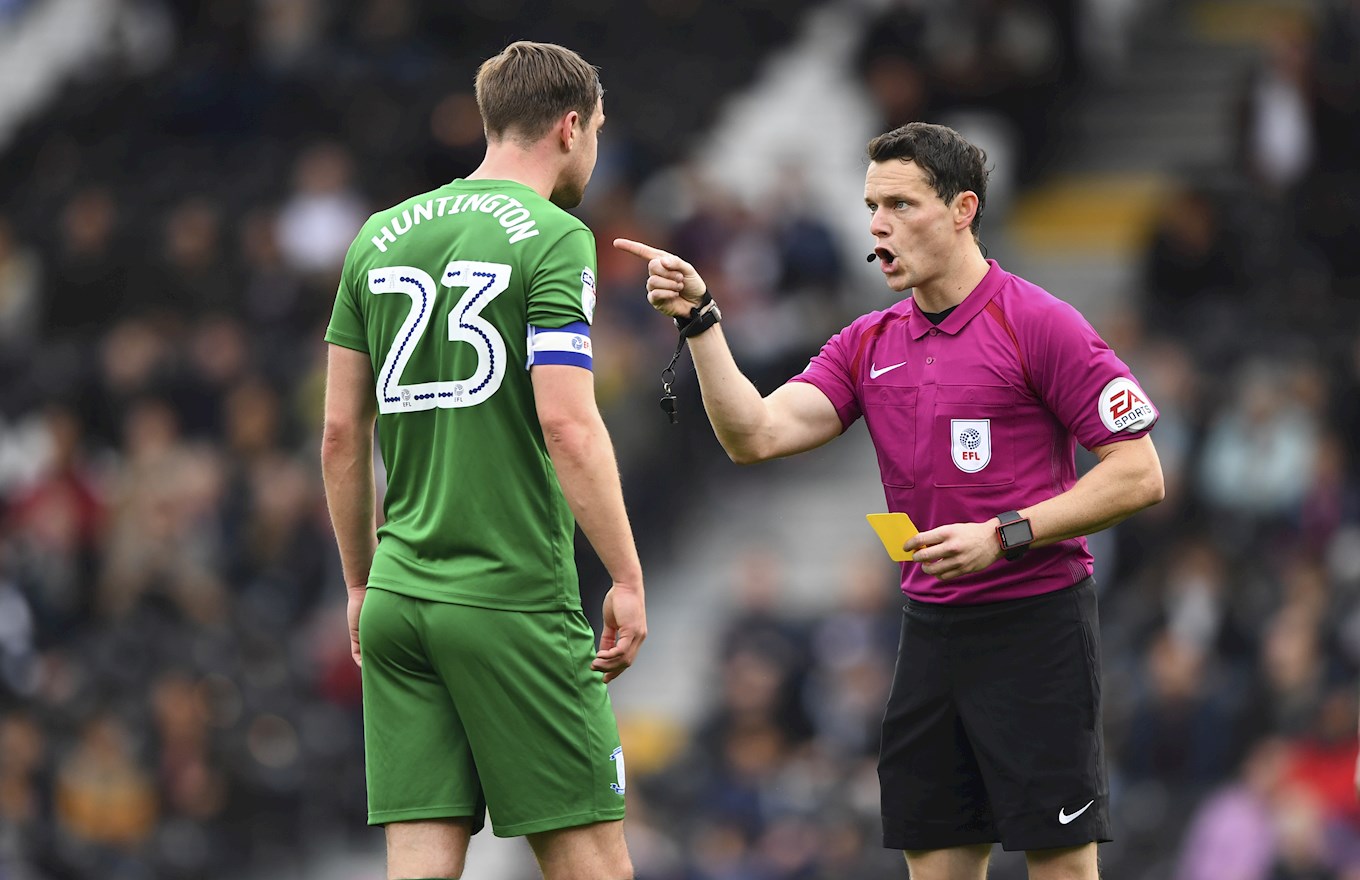 Town and the Chairboys got one over each other last season – the Hatters snatching all three points from the jaws of defeat in a memorable 2-1 win at Adams Park (see highlights below), before the reverse fixture saw Ainsworth’s team defeat the Hatters 3-2 at Kenilworth Road. Town have won 11 of the 25 meetings between the two, drawing nine and only losing five.

The main blow-by-blow account of the action from Adams pARK will be provided via the Match Centre on the club website, which you can access by clicking here. (*Please note that the club's Live Text will appear only by accessing through an internet browser, users of the Luton Town FC app will receive updates from Opta...the EFL Digital team assure us they are working on a fix to get club updates onto the app)