Hatters star Olly Lee’s ‘Goal from another postcode’ was announced as one of the ten shortlisted for EFL Mitre Goal of the Season on Saturday night. 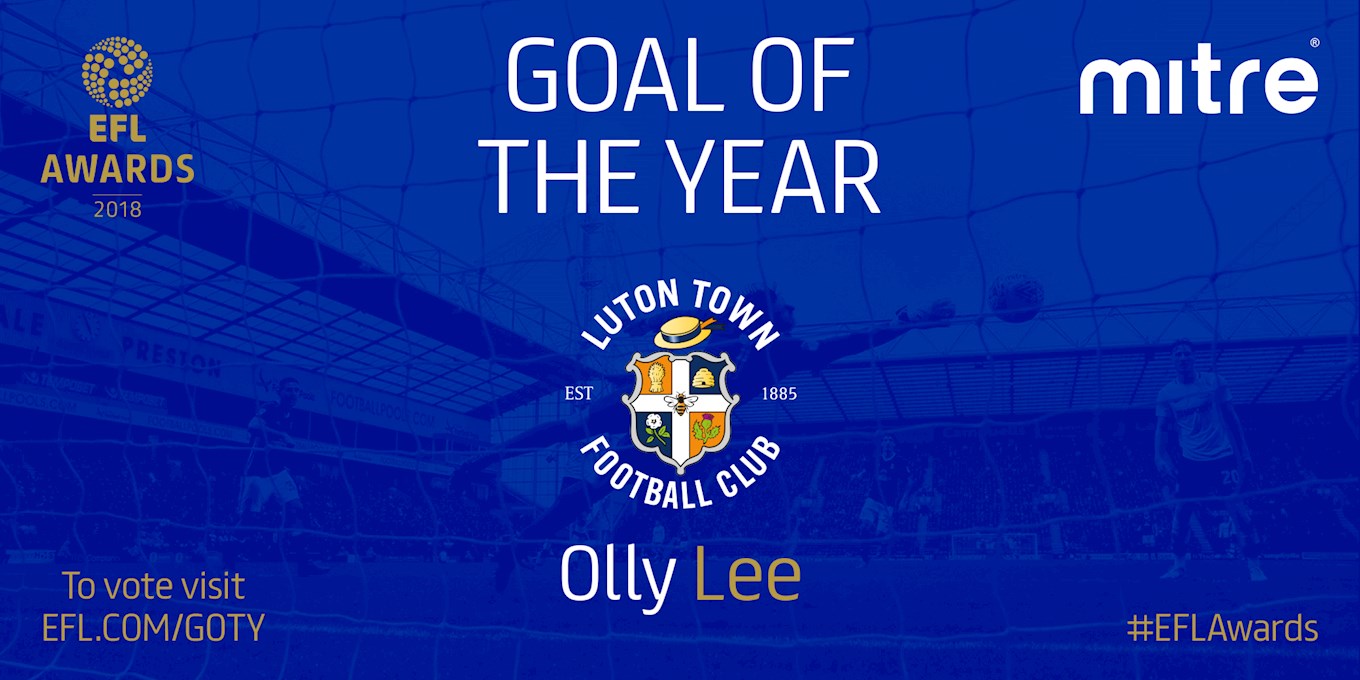 It was during the 7-0 win over Cambridge in November that the midfielder won the ball midway inside his own half and spotted keeper David Forde off his line.

With unerring accuracy, Olly struck a 70-yard stunner from the edge of the centre circle that gave Forde no chance and hit the roof of the net off the first bounce.

It was THE goal of this...and any other season - so do your bit for Olly, Hatters!

You have until 9am on Tuesday morning to cast your vote via the link below to get Olly down to the final five...