Nathan Jones hailed his side – and the Kenilworth Road groundstaff – for coming from behind to record a “massive victory” over fellow promotion chasers Mansfield Town and equal last season’s points total of 77 points this afternoon.

After the first goal, Collins raced to the home dugout to get injured team-mate Luke Berry’s No.18 shirt and hold it aloft to the fans – and the players carried it off the pitch with them at the end too having gone eight points above fourth-placed Exeter, who have a game in hand.

“It’s a massive victory,” said Jones. “I’m not going to play it down in any way. It wasn’t a must-win game, because there’s still five games to go – but it doesn’t half help. It was an absolutely massive game and a massive win against quality opposition.

“These are a big budget club with some real good players for the level, and especially after taking the lead against the run of play, we had to show a load of character.

“We had to show a load of real, real desire to win a football match – and we showed loads of quality as well. I thought they were wonderful from start to finish, but second half we were excellent.

“We’ve showed how much character we’ve got today, because to come out in the second half and play in the manner that we did was wonderful.

“I’m so proud of them, and so pleased for them as well because they’ve taken some knocks. They’ve taken a knock at the weekend with their mate getting injured, and he’s a big part of it. They love him here and once again we’ve shown the character and the quality. All of the characteristics that you need to get promoted, we’ve shown them today.”

Pelly-Ruddock Mpanzu returned to the side in Berry’s midfield role and turned in a man-of-the-match winning performance, setting up Collins’ equaliser with a surging run to the right byline and low cross.

“He needs to add that consistency to it, but we felt that they are a big powerful side and they press and run, and we’ve been a little bit lightweight in midfield in recent weeks,” said Jones. “We’re a wonderful football team but we’ve been a little bit lightweight, so we went positive with three strikers and the ones we played in midfield are good footballers who get on it.

“It was a wonderful performance from Pelly and he’s deserved that because he’s trained day in, day out, and he’s been left out recently – against Colchester he was actually left out of the squad, but we felt it was right to bring him and Alan McCormack back for today, so it’s proved right.”

Jones also made a point of signalling towards the ground staff, led by head groundsman Dickie Bird, as he came off the pitch which had taken an overnight soaking.

“He’s normally the prophet of doom, Dickie the head groundsman, and he rang me this morning early on and said ‘We’ve got a real problem here with the ground’,” added Jones.

“We wanted it on and they’ve worked tirelessly to get a pitch that was playable. It wasn’t ideal for how we play, but they worked so hard and a lot of credit goes to the four of them.

“They’ve grafted – Rog, Dickie, Dave and the young intern we’ve got – because they got the game on and today we sit there on 77 points, and that’s due in a big part to the work they’ve done.” 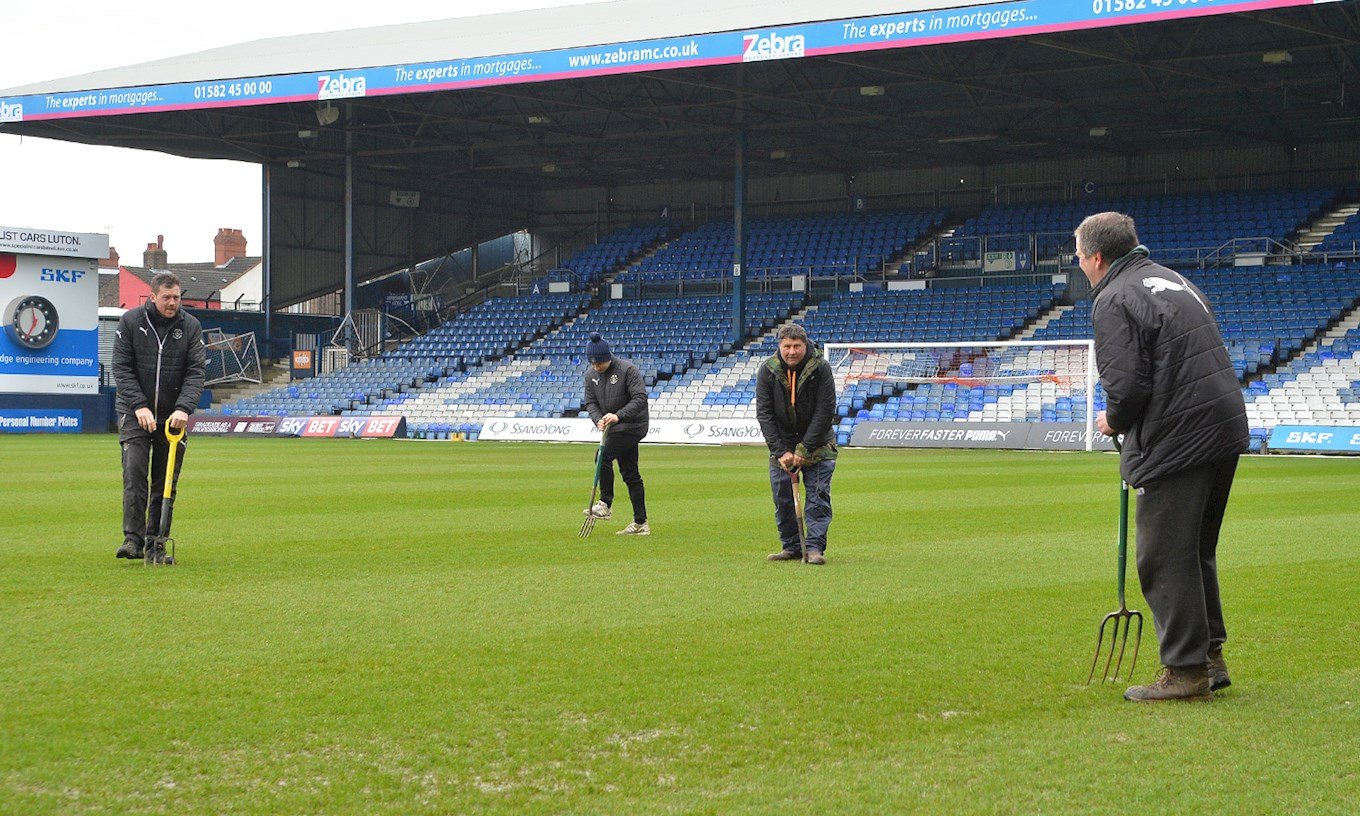