This April is Bowel Cancer Awareness Month and players and managers are backing the eighth annual Know the Score campaign.

Know the Score, supported by the Professional Footballers' Association and League Managers Association, aims to raise awareness of bowel cancer signs and symptoms.

Bowel cancer is the UK's fourth most common cancer, with 41,200 new cases each year. It's also the second biggest cancer killer. Every 90 minutes three people die of the disease. That's 44 people each day - the equivalent to four football teams - but it needn't be that way. Bowel cancer is treatable and curable especially if diagnosed early. Over 95% of bowel cancer patients will survive the disease for five years or more if diagnosed at the earliest stage.

• If you've had bleeding from your bottom, blood in your poo or suffered a persistent change in bowel habit that has lasted three weeks or more, especially if you've been going to the toilet more often or experiencing unexplained looser stools, tell your doctor. Other symptoms include: a pain or lump in your stomach; feeling extremely tired for no obvious reason; unexplained weight loss.

• You're not wasting anyone's time by getting it checked out. If it's not serious, your mind will be eased, but if it is bowel cancer, we know that when it's diagnosed at the earliest stage, more than 9 in 10 people will survive their disease for five years or more, compared with less than 1 in 10 people
when diagnosed at the latest stage. A trip to your doctor could save yourlife.

The main aim of Know the Score is to end the perception that bowel cancer only affects older people – in fact it affects men and women of any age.

Scott Cuthbert said: "Bowel cancer can affect anyone at any age so it's really important everyone is aware of the symptoms as early as possible. I am supporting Know the Score because it's great that football is coming together to raise awareness of the disease during Bowel Cancer Awareness Month."

Throughout football 'Star of Hope' badges are being worn during the campaign, which is also supported by the Men's Health Forum, The Bobby Moore Fund, Adam Stansfield Foundation, Beating Bowel Cancer, Bowel Cancer UK and Know the Score's founding charity, the Mr Brightside Project. 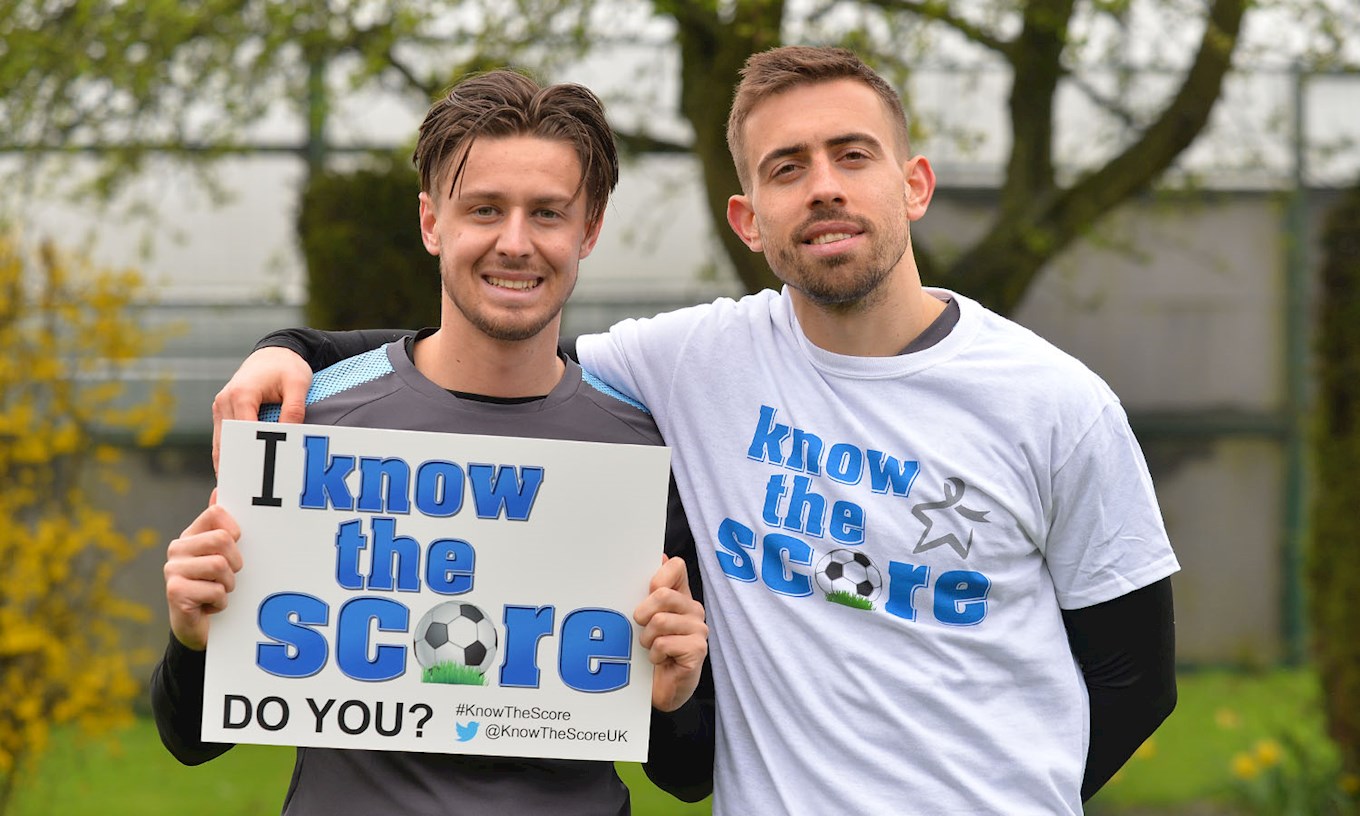 Deborah Alsina MBE, Chief Executive of Bowel Cancer UK and Beating Bowel Cancer, says: "We are proud to support the Know the Score campaign. Raising awareness of bowel cancer – the UK's second biggest cancer killer – is vital to stop lives needlessly being lost to this preventable, treatable and curable disease. Knowing and acting upon symptoms could
save your life."

HOW TO REDUCE YOUR CHANCES OF GETTING BOWEL CANCER

• Cut down on alcohol: Drinking too much alcohol can lead to a number of health problems and is linked with bowel cancer. By drinking less, you'll reduce your health risks.

• Keep active: Swim, cycle, go dancing - the more you can do, the better. Even walking to your local shops instead of taking the car can make a difference.

• Stop smoking: Giving up will lower your risk of getting bowel cancer. Visit smokefree.nhs.uk.