Voting for the Diamond Player of the Month for April is now open!

Any Diamond supporter can now cast their vote by simply sending their nomination to diamond@lutontown.co.uk.

One person who nominates the eventual winner will be drawn from the hat and win the opportunity to present the Monthly trophy in the Eric Morecambe suite after the Forest Green Rovers fixture on Saturday 28th April.

An adult winner will win two seats for Eric Morecambe Hospitality, or a Junior winner will receive a Diamond mascot package.

In addition to this, any junior Diamond season ticket holder who votes will be entered into a draw to be one of the flag wavers as the players head out on to the pitch for the last home game of the season.

Voting is open until Tuesday 24th April and winners will be advised shortly afterwards.

These are just some of the benefits received by a Diamond season ticket holder – why not upgrade next year's season ticket to a Diamond. Contact the Ticket Office for further details. 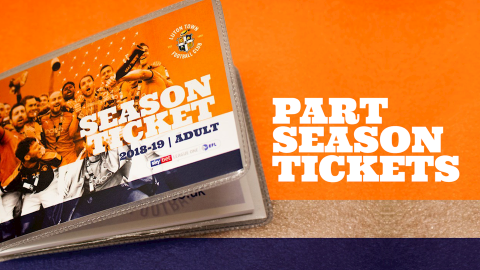