Harry Cornick was delighted to get his first start in a Luton Town shirt in last night’s goalless draw at Morecambe, after a string of impressive performances from the bench.

The August signing from Bournemouth turned in an energetic and exciting 81-minute display at the Globe Arena before cramp forced him off.

Speaking to iFollow Hatters immediately after the game, the 22-year-old said: “It was good to get the start. I’ve worked hard coming off the bench trying to make an impact, and it’s good to get my start and try to establish myself in the team.

“It’s taken a bit of time. I’ve been coming on for the last 20 minutes and I think that’s when I’m strongest sometimes in games, when the defenders are a bit tired and I can use my pace and really have an effect on the game.

“I’m happy to get a start though and now I’ve got to try and break into the team and hang onto my place.”

He added: “It’s a great compliment, starting a game. I’m trying to build up some trust and trying to show the players and the manager what I can do.

“I’ll keep trying to back these performances up and get a place in the starting XI every week, and then repay the manager and the fans for having faith in me.

“I feel I’ve made a good start and tried to be positive. There’s more to come from me, but I’ll keep on trying to improve and we’ll get there.”

Having hit the outside of the post in the win over Chesterfield on Saturday, Cornick had two good efforts in the first half at the Globe Arena, one early shot just wide and a 35th-minute blast that Shrimps keeper Barry Roche did well to block, as he came closer to opening his Hatters account. 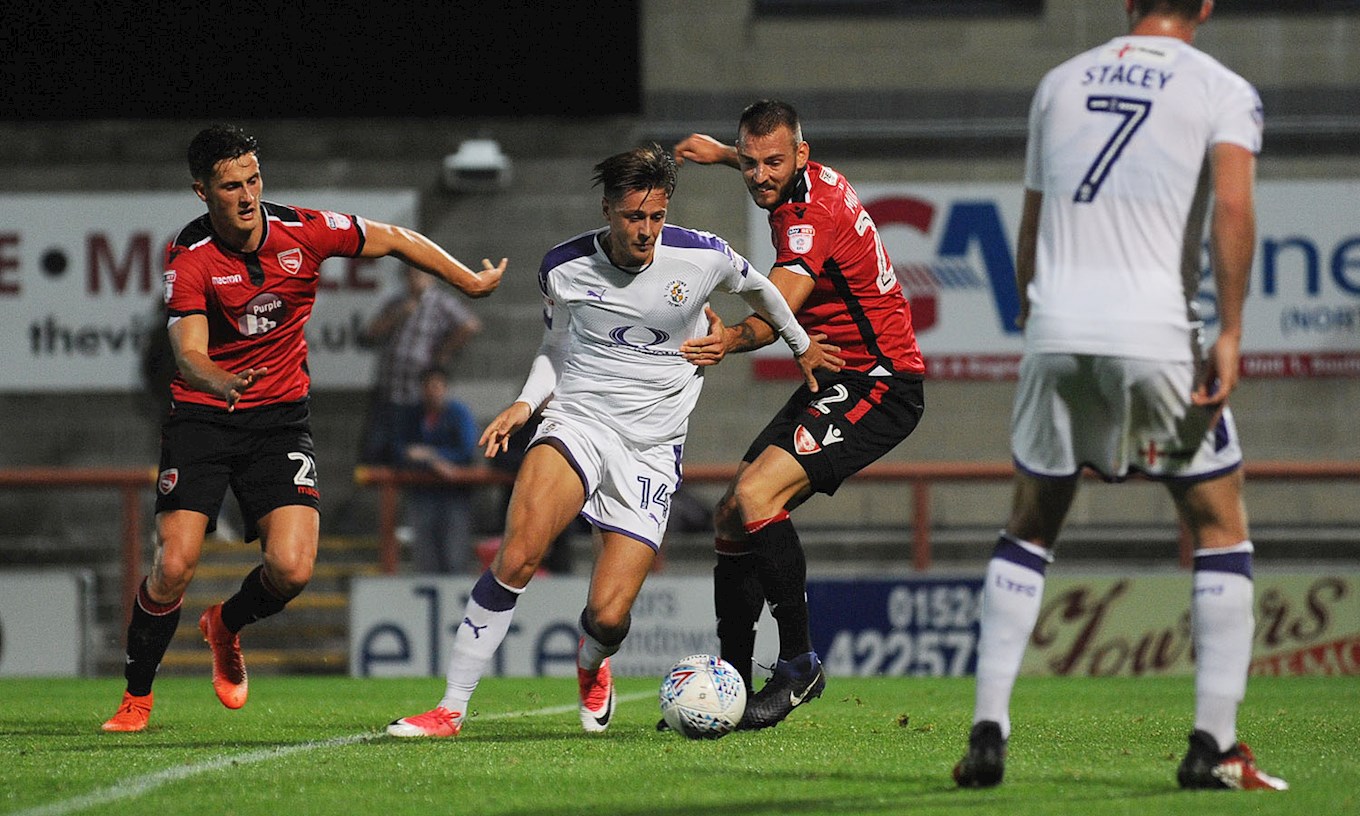 “It’s coming, and I think once one comes, they’ll start flowing hopefully,” said the forward. “I’ve never been the greatest of goalscorers, because I’ve been playing out wide and tonight I was out wide again. The gaffer’s trying to turn me into a striker, but any opportunity I can get to play games is a bonus.”

Asked about playing up front with experienced goal-getters Danny Hylton and James Collins, Cornick added: “I learn every day from them, they are top strikers. We were trying to get the ball in the box for them because if they get chances, they are going to score goals.

“We just couldn’t quite get it in the back of the net here, but I’m sure the goals will come.”