More than 50 teenagers have scored free travel to support their sports development with the Hatters thanks to train operator Govia Thameslink Railway (GTR).

The company that runs Thameslink and Great Northern services, has promised another season of support for Luton Town FC's youth development programme, making it 10 years of partnership between the two organisations. GTR has helped hundreds of youngsters gain skills and confidence through sport while studying for a BTEC Extended Diploma in Sport or A-levels at local schools and colleges.

The 54 youngsters, aged 16-19, come from across the operator's network and would struggle to afford the travel needed to get to training under the 'Luton Town FC Football Programme' at Cedars Upper School in Leighton Buzzard and The Arena in Baldock.

Callum Stead, who travelled from his home in Enfield to Baldock for training last season, aspired to earn a place in the club's main academy squad – which the 17-year-old has achieved for the current campaign. GTR supplies the striker (pictured below) with passes for the train to Luton's new training ground, The Brache. 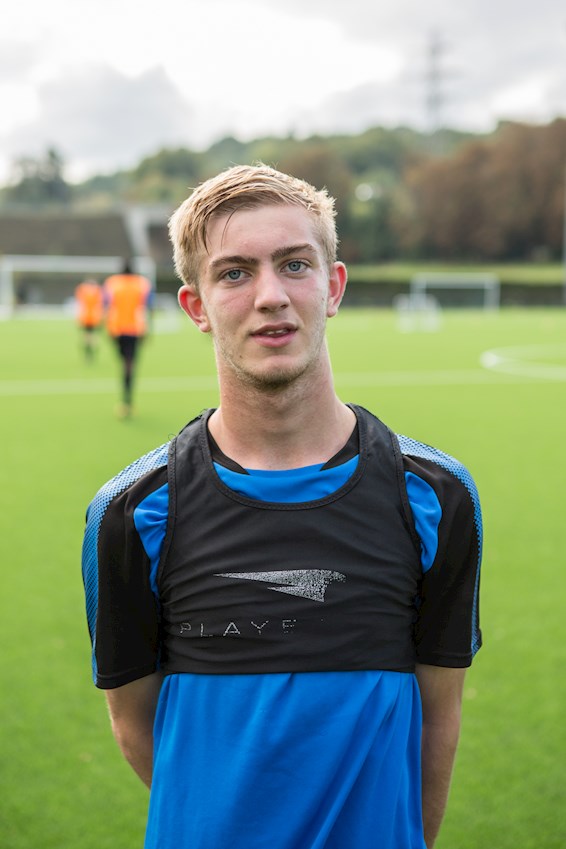 The Hatters' Academy & Development manager Andy Awford explained: "We are really proud of the development opportunities we are able to give the youngsters, but that is only made possible with the passes provided by GTR. These teenagers come from a variety of backgrounds and situations and could not afford to be with us without the travel passes. All the people involved in this scheme, both staff and students, are very appreciative of the help we receive from GTR."

Stuart Cheshire, Passenger Services Director for Thameslink and Great Northern, said: "Hats off to Luton Town for what they achieve – I'm really pleased we are able to help so many teenagers continue their education and have the opportunity to transform their lives.

"We work a lot with youngsters, including organising 'Get into Railways' programme with The Prince's Trust charity, which helps up to 60 disadvantaged individuals every year, and have already given safety talks to 10,000 children at schools along our Thameslink and Great Northern routes this year. All this work helps us make a difference to people's lives and I wish this group the best for the coming year."

Main picture caption: Callum Stead trains with his colleagues in the Hatters’ youth team along with Hitchin-based goalkeeper Josh Mollison (far right of picture), another 17-year-old from the Baldock course given an opportunity to impress recently following injury to the regular keeper

Luton Town FC run their two football education programmes in Leighton Buzzard and Baldock. The programmes allow 16-year-old school-leavers to participate in a BTEC Extended Diploma in Sport course and A-levels, giving them a minimum of 16 hours of academic tuition per week plus 12 hours of football coaching each week from highly qualified Luton Town coaching staff. This includes studying for their FA Level 1 and Level 2 coaching badges. The boys play matches each week in the National League Youth Alliance against some of the top professional clubs in the country, and in recent seasons the teams at both sites have won several regional league and cup competitions.

GTR is the largest rail franchise in the UK in terms of passenger numbers, trains, revenue and staff: the operator carries about 326 million passenger journeys per year, and employs around 6,500 people. Its aim is to improve services across all four networks.

Ticket revenue is passed to the government, which pays GTR a fee to operate the franchise. The fee is adjusted according to how well the train service is performing.

Southern has the highest passenger growth in the UK with numbers into London having doubled in 12 years - compared with the industry doubling over the past 20 years. To meet this growth and to future-proof the network, GTR is modernising the rail service for passengers.

GTR has introduced more new trains in the past year than all other franchises put together, with 1,400 new carriages so far.

The transformative £7bn Thameslink programme will bring hundreds more daily services from 2018, increasing the number of trains though the central London core from 12 to 24 trains per hour. Network Rail has also launched a £300m programme to improve resilience across the GTR network

GTR is modernising how it works, with new technology in use at our stations and on our trains, smartcard ticketing and a new, flexible on-board role on many Southern services. This ensures fewer cancellations, and with more staff on board our trains now than ever before, passengers are enjoying a much better level of on-board customer service.