The Hatters are delighted to announce that another of the club’s promising young players has committed his future to the Town with Jack Senior signing a one-year contract extension.

The original deal the left-back signed when joining from Huddersfield Town in August 2016 ran until the end of the current campaign, with the option of a further 12 months.

But the 20-year-old has signed an extended contract at Kenilworth Road, with the club having an option for another year beyond the end of the 2018-19 season.

Senior could not hide his delight at extending his stay at a club he has grown to love over the past 14-and-a-half months, following in the footsteps of players including James Justin, Pelly-Ruddock Mpanzu, Frankie Musonda and fellow left-back Dan Potts in signing new deals since the end of last season.

“I’m very happy,” said the defender. “From when I was told that I was going to be signing a new deal, I was keen to get it done because it’s what you want.

“I want to be here as long as possible and I want to do good things here with the team, and I think that’s going to be possible with the way we are going at the moment.

“I love it here. I’m really enjoying working under the manager and all the coaches. We’ve got a great bunch of lads and they are all good people to be around. Being in this environment is only going to make me become better as a person and a player.”

Manager Nathan Jones was equally happy to see the Yorkshireman, who turns 21 in January, sign an extended deal.

“He’s shown a real desire to improve and his character fits right in here. He’s been a big factor in Dan Potts’ development too, as he’s pushed him from day one of his arrival at the club.” 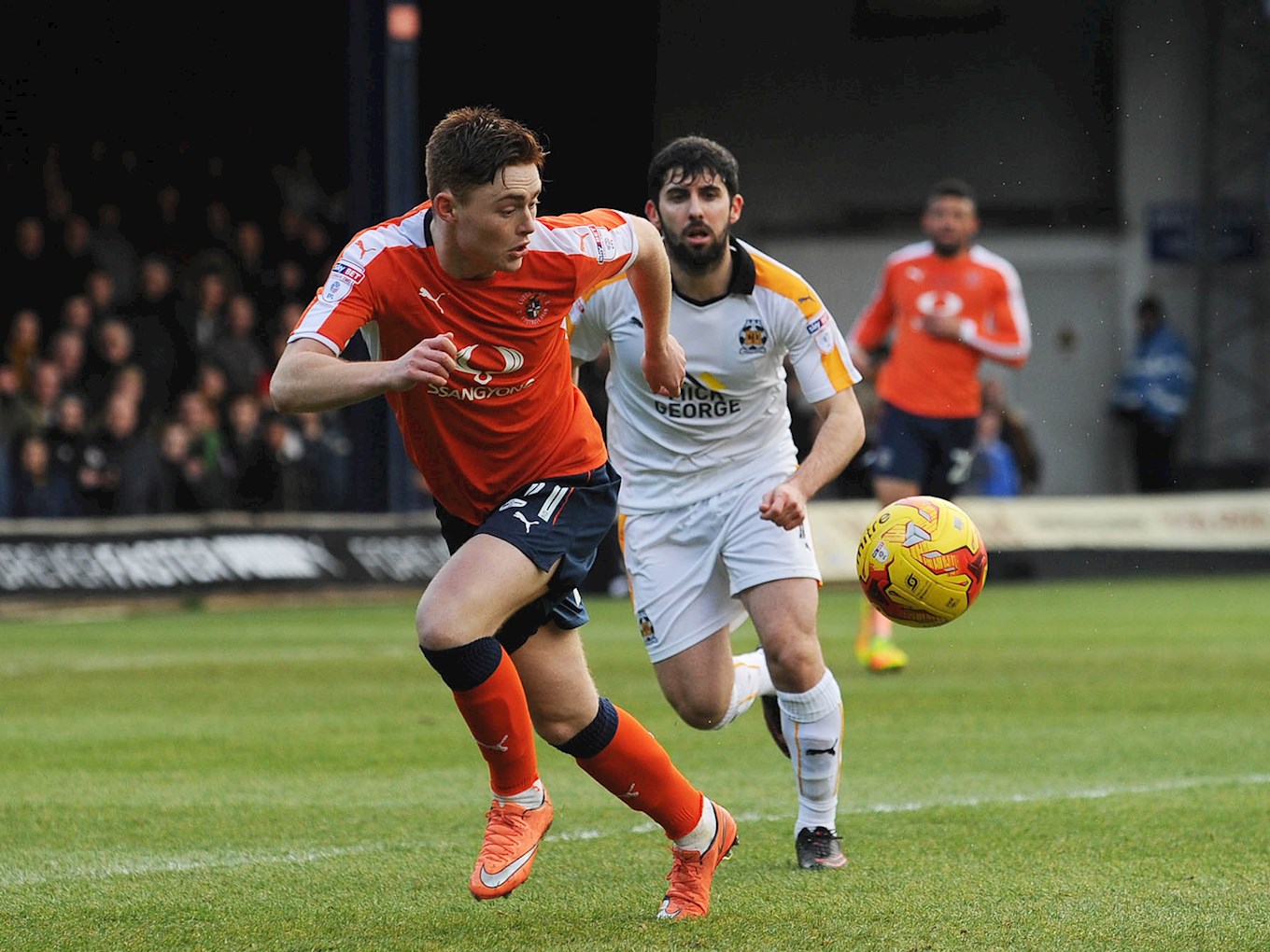 Senior has made 19 appearances for the club so far, with his three starts this season coming in the Checkatrade Trophy – a competition in which he earned a place in the team of the tournament for 2016-17.

His ten league appearances last term came after being introduced as a second-half substitute on a difficult afternoon at Crewe last January, when he helped the Hatters to a 2-1 victory with an impressive performance after Alan Sheehan had been sent off.

“Since last year when I had a run of games, it’s made me eager to play more,” said Senior. “But you look at how well we are doing, who’s playing and who is doing really well, and you can’t really argue.

“It’s tough – but healthy – competition for places, so you’ve just got to keep your head down, work hard and be ready when the chance comes.

“Pottsy’s been flying this season and when I’m not involved, I’m in the stands on a Saturday learning from watching him, and on the training ground as well. I’m looking at what he’s doing well – and he’s doing a lot of things well this year.

“It’s helping me learn even though I’m not in the team, and when the chance comes, I’ll be putting it into practice in the games.”