Over the next few days we will be bringing you all the information on the new faces in Sky Bet League Two for 2017/18, as we start with Vanarama National League champions, Lincoln City.

Vanarama National League Champions based in the heart of Lincolnshire, returning to the Football League for the first time since 2011.

Danny Cowley and his assistant manager and brother Nicky worked miracles taking Braintree Town into the National League play-offs in the season prior to their appointment at Sincil Bank. They both quit their teaching jobs at The Fitzwimarc School in Essex, where they started their managerial careers leading Concord Rangers from the Essex Senior League to Conference South, to take up the role and their first season at a full-time football club was near enough perfect.

From start to finish it was the Lincoln show really, and one that caught the country's eye. It's not unusual for a club to finish the season with a fantastic points return – 99 in this case – but to become the first Non-League team to reach the quarter-finals of the FA Cup reignited the magic of the competition. They beat Championship clubs Ipswich and Brighton, then Premier League Burnley before eventually losing 5-0 to Arsenal in front of almost 60,000 at The Emirates.

Although the Imps haven't made any additions to their squad, Luke Waterfall, Paul Farman and Sam Habergham have all extended their deals with the club, whilst Callum Howe has penned a new contract that runs until the end of the forthcoming season. 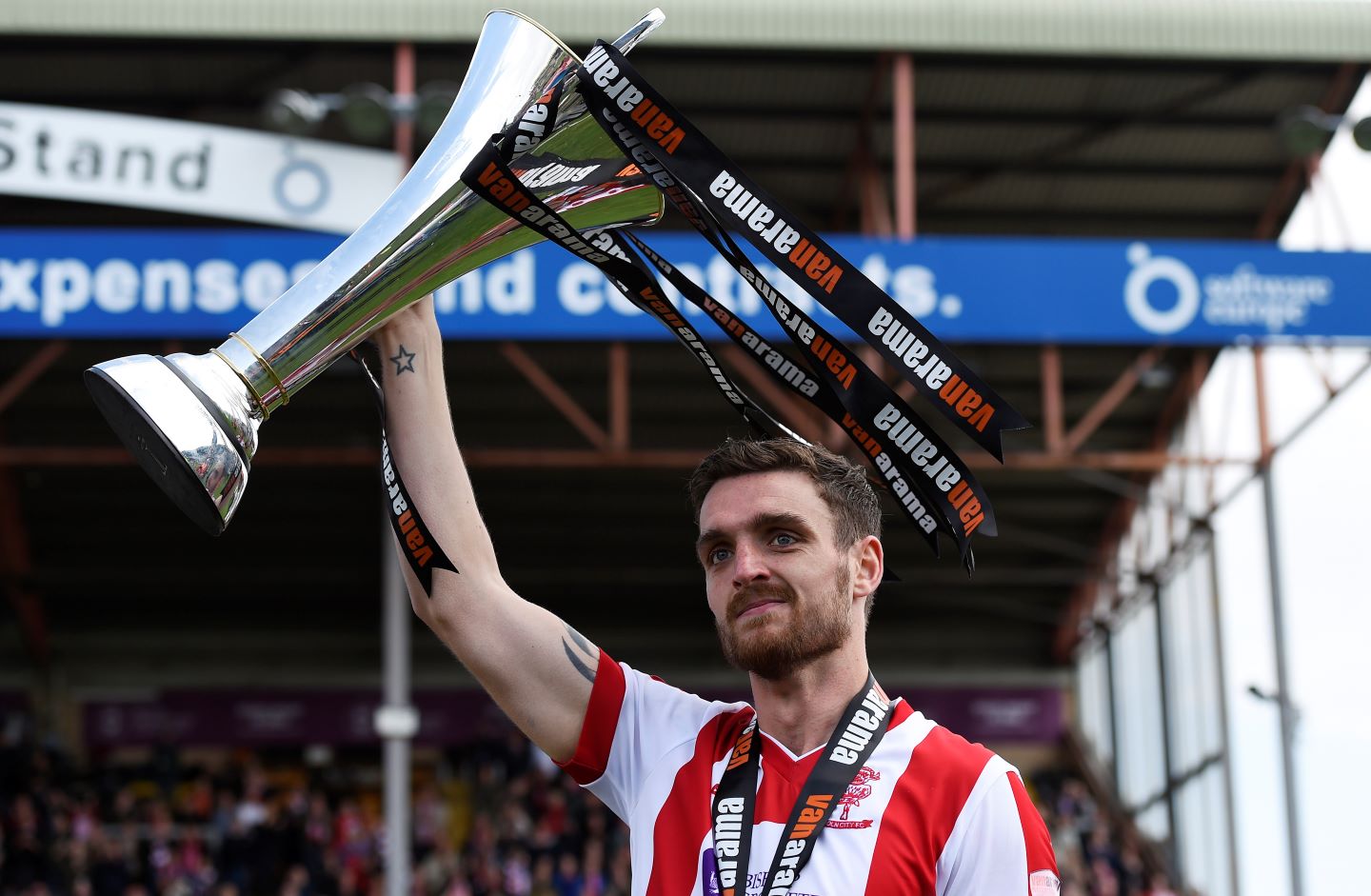 (Pictured: Captain Luke Waterfall has recently penned a new deal with Cowley's side, after clinching promotion from the National League as Champions)

The results between the Hatters and Lincoln favour the Town, having won 20 of the 38 meetings – the most recent of which was a 3-2 win over them in 2013, with Mark Cullen and Luke Guttridge getting on the scoresheet. There have been 12 draws and six wins for Lincoln.

Familiar face to both clubs?

Mick Harford, Kingsley Black and Trevor Peake have all pulled on a shirt for both sides, with the former netting 41 times in 115 appearances after beginning his professional career with Lincoln.