Here's our latest information pack on a new side in Sky Bet League Two, as this time we have a look at Coventry City.

A former Premier League side playing in the fourth tier for the first time in 58 years, the Sky Blues suffered their second relegation in six years, finishing second bottom of Sky Bet League One last season.

Their 15th manager in 16 seasons and now in his second spell at the Ricoh Arena, Mark Robins will be looking to steer the fallen giants back up at the first attempt after returning to the club in March. Cov supporters will be looking to the former Manchester United striker to try and emulate his short, but successful first period at the club, when he took them to near the top of the third tier after spending time nearer the bottom. The 47-year-old has also managed Huddersfield Town and Scunthorpe United.

A poor start to the league season really hindered Coventry's hopes of staying in the division, as they only achieved their first three-point haul at the 11th attempt. They did however win the Checkatrade Trophy, overcoming final favourites Oxford United 2-1 at Wembley. The damage in the league was already done upon Robins' arrival though – their third manager of the season – as they sat bottom of the table. He did manage to guide them to second bottom having been five points adrift of 23rd when he took over. 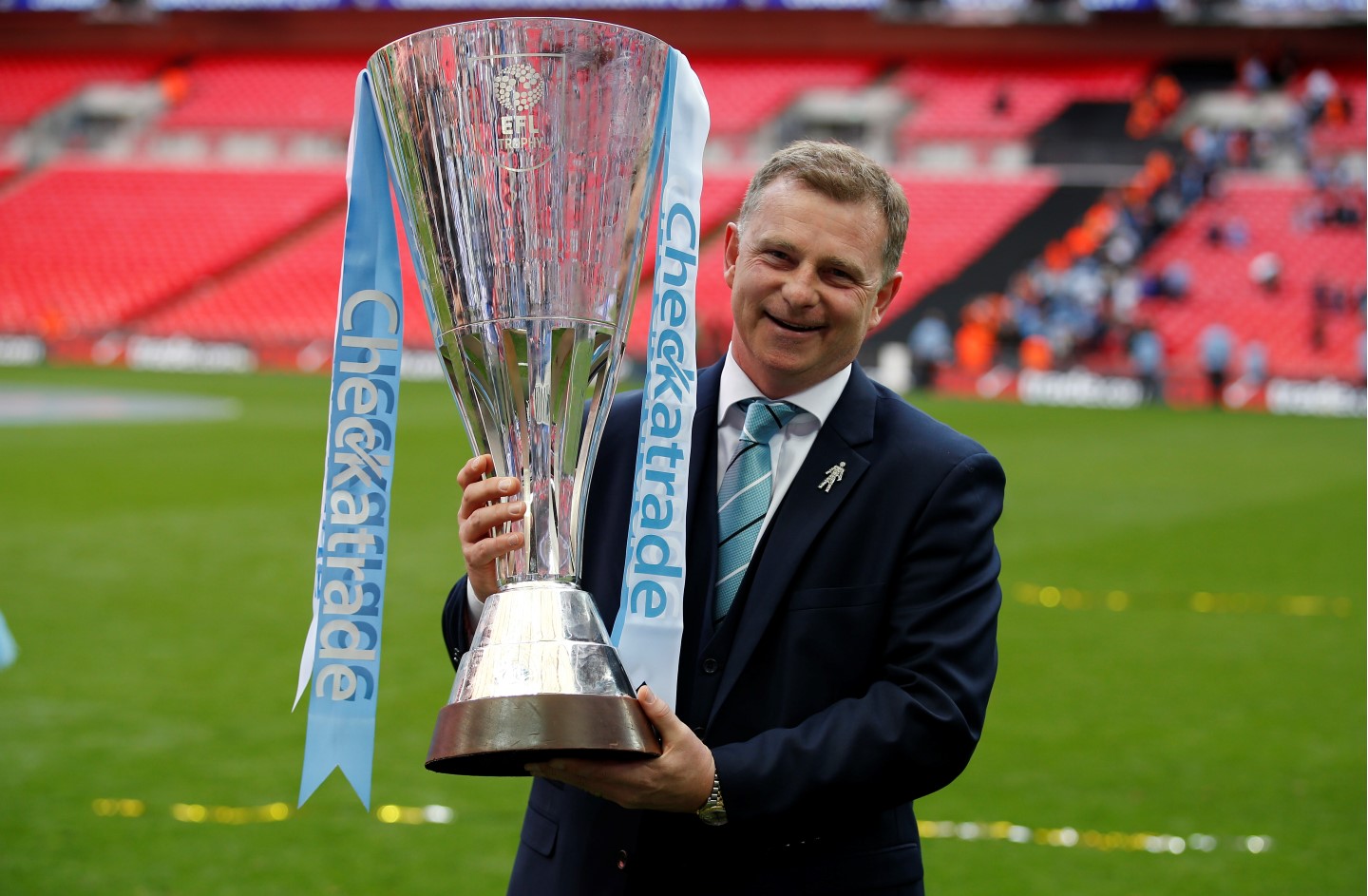 (Pictured: Mark Robins with the Checkatrade Trophy after his side defeated Oxford United at Wembley)

Leyton Orient captain Liam Kelly will join the Sky Blues upon the expiry of his current contract, whilst Portsmouth keeper Liam O'Brien and Reading defender Dominic Hyam will join him at the Ricoh having signed pre-contract agreements. They have also added firepower up front with the acquisition of Marc McNulty from Sheffield United.

Town and Coventry have played each other 78 times, with the Hatters triumphant in 24 of those fixtures, whilst drawing 14 and losing the other 40 matches.

Mick Harford played for both, but he made a considerable amount of appearances for the Hatters than the Sky Blues, having only played once for Coventry in his season there. John O'Rourke played for the Town during the mid-60s, going onto play for Coventry between 1969-71. Paul Telfer made 165 appearances for the Hatters scoring 22 times between 1988-95, before moving onto the Midlands based side.