Everyone at Kenilworth Road has been saddened to learn of the passing of John Groves who formed part of the team that played at Wembley for the Town in the 1959 FA Cup final. 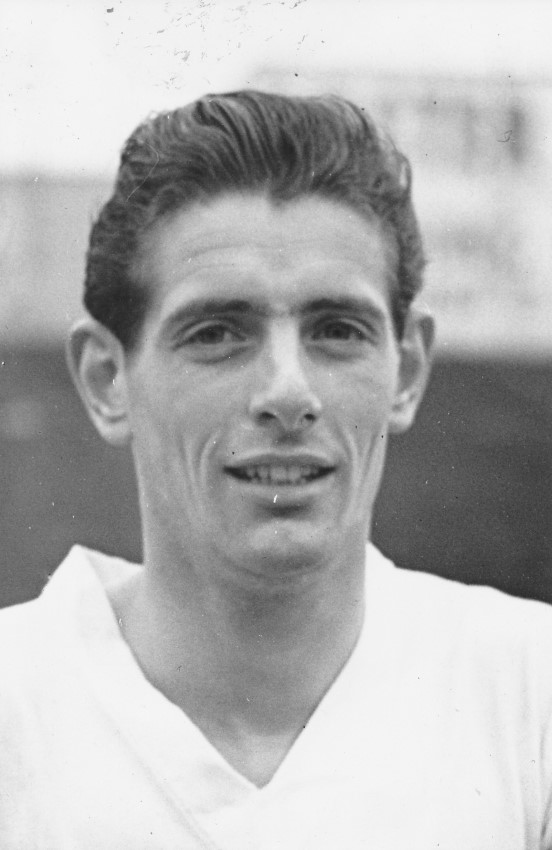 The son of a pre-War Derby County star, John was destined to become a professional footballer and despite the attentions of a few sides in the Midlands, including the Rams, Luton manager Dally Duncan jumped in to sign the young inside-forward on his 16th birthday.

The fact that Duncan and Arthur Groves were old friends and team-mates at the Baseball Ground in the 1930s probably helped in the negotiations!

After signing professional forms at 17, John had to enter National Service and was stationed in North Wales for two years where 'I had so much football I enjoyed it.'

Back at Kenilworth Road, John finally made his League debut at Leeds in April 1954 and by the time the Town had reached the top flight a year later he had made his mark in the team, although by now he had switched to wing-half which was undoubtedly his best position.

An ever present in the side as the Hatters fought their way through to the 1959 FA Cup final, on the morning of the game John caught a bus from Sundon Park to Kenilworth Road to meet up with the team coach, but then suffered the biggest disappointment in his playing career as the Town failed to perform on the big day and went down 2-1 to Nottingham Forest. 'I took the defeat hard,' he said later.

At the end of the 1961/62 season, with the Town struggling both on and off the field, John was offered to Brighton by manager Sam Bartram in exchange for Ken Nicholas.

That deal fell through, although it was only a further 12 months before he made his way to the south coast, signing for Bournemouth in a £2,750 transfer, thus ending a Luton career of 251 first team appearances and 19 goals.

John enjoyed two seasons at Dean Court before a back injury forced him to give up the professional game. He returned to Derby where he became an electrical contractor, but still made the occasional trip back to Kenilworth Road.

Our condolences go out to his widow Jean and all his friends and family.