We are pleased to announce that Luton Town have agreed terms with Sky Bet Championship side Reading for the transfer of defender Jack Stacey.

The 21-year-old right-back has agreed personal terms on a two-year contract and is set to join up with Nathan Jones' squad when they return for pre-season training on Wednesday.

Speaking to lutontown.co.uk at Kenilworth Road after spending time at The Brache with the Town boss last week, Stacey said: "I've just had a look around the stadium and was taken around the training ground earlier. They are great facilities – I'm very excited to get started.

"The manager has told me about the lads and how they are all great lads, how it's a culture where everyone wants to improve and the facilities at the training ground really give everyone opportunity to do that.

"I'm looking forward to coming in, improving my own game and hopefully helping Luton Town improve."

Having gained experience on loan at Barnet and Carlisle in 2015-16, Stacey spent last season on loan at Exeter City, making 38 appearances as the Grecians reached the Sky Bet League Two play-off final before losing to Blackpool, who had beaten the Hatters in the semis.

The Ascot-born defender scored a stunning injury-time goal to book the Devon club's place at Wembley, but says he has chosen to move to Kenilworth Road to try to put his own play-off disappointment behind him. 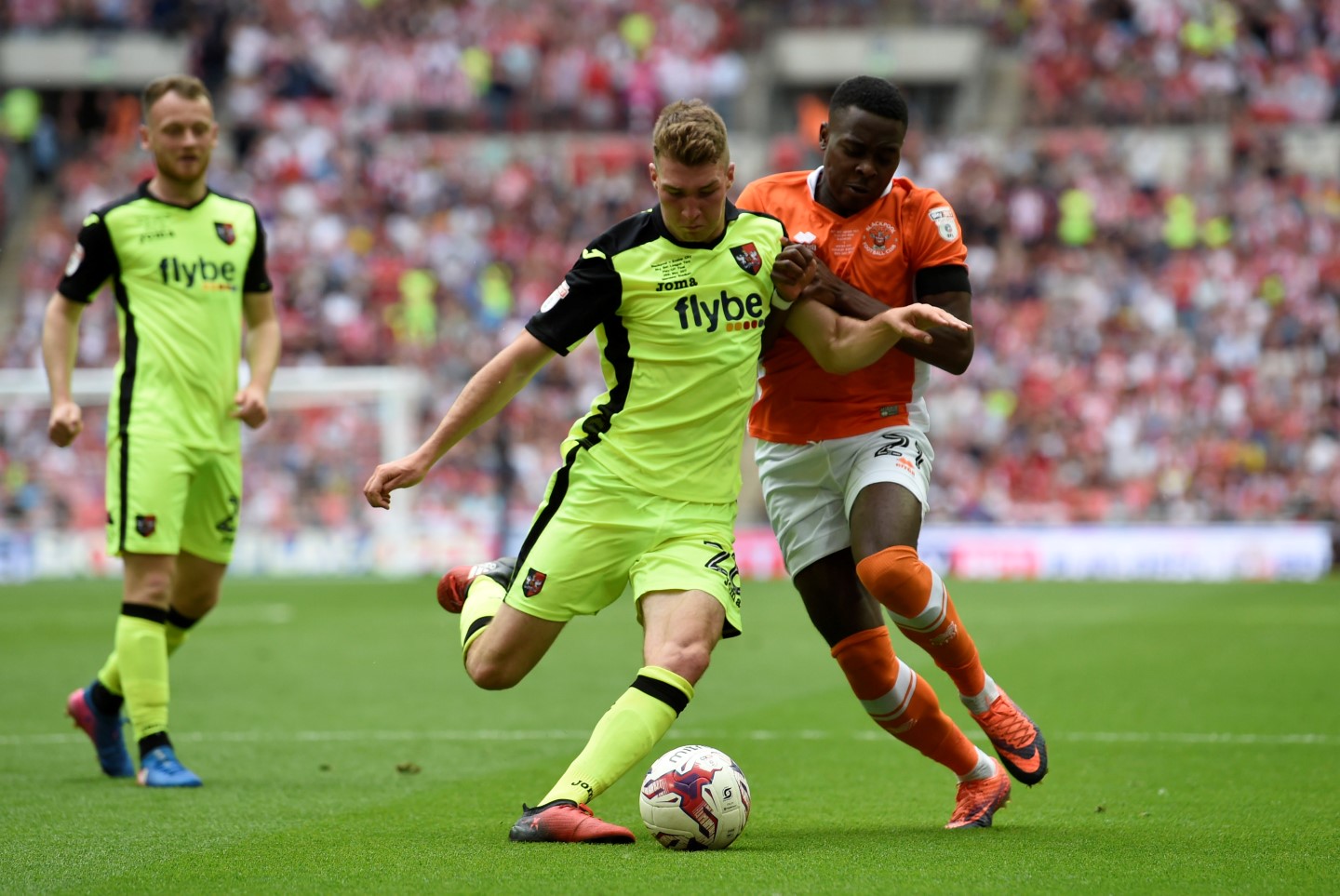 "I've had a season with Exeter that really helped me, I felt I really improved as a player," said Stacey. "The year before that I was at Carlisle for a couple of months, so I've learned from both those spells and hopefully now I'm coming to Luton as a permanent player, I can just help myself kick on in my career.

"As good as winning the semi-final of the play-offs was, I felt just as bad after we lost at Wembley. That is another part of me coming here, because I want to make up for that and get promoted this season.

"I spoke to the manager and he outlined his vision for the club, and how the main aim of the season is to get promoted. That's why I'm here."

Stacey – who came through the ranks at the Madejski before making six senior appearances as a teenager in the 2014-15 season – will have a familiar face in the dressing room when he arrives for pre-season, having sought the opinion of his former Royals team-mate Lawson D'Ath.

"Lawson said some really good things about Luton, so I'm really excited to get started," said Stacey. "I actually spoke to him before this move came about, so having that refence from him was definitely a big factor.

"He said it's a massive club, a club that shouldn't be in League Two, and the atmosphere in the play-offs was unbelievable. I'm really looking forward to getting started." 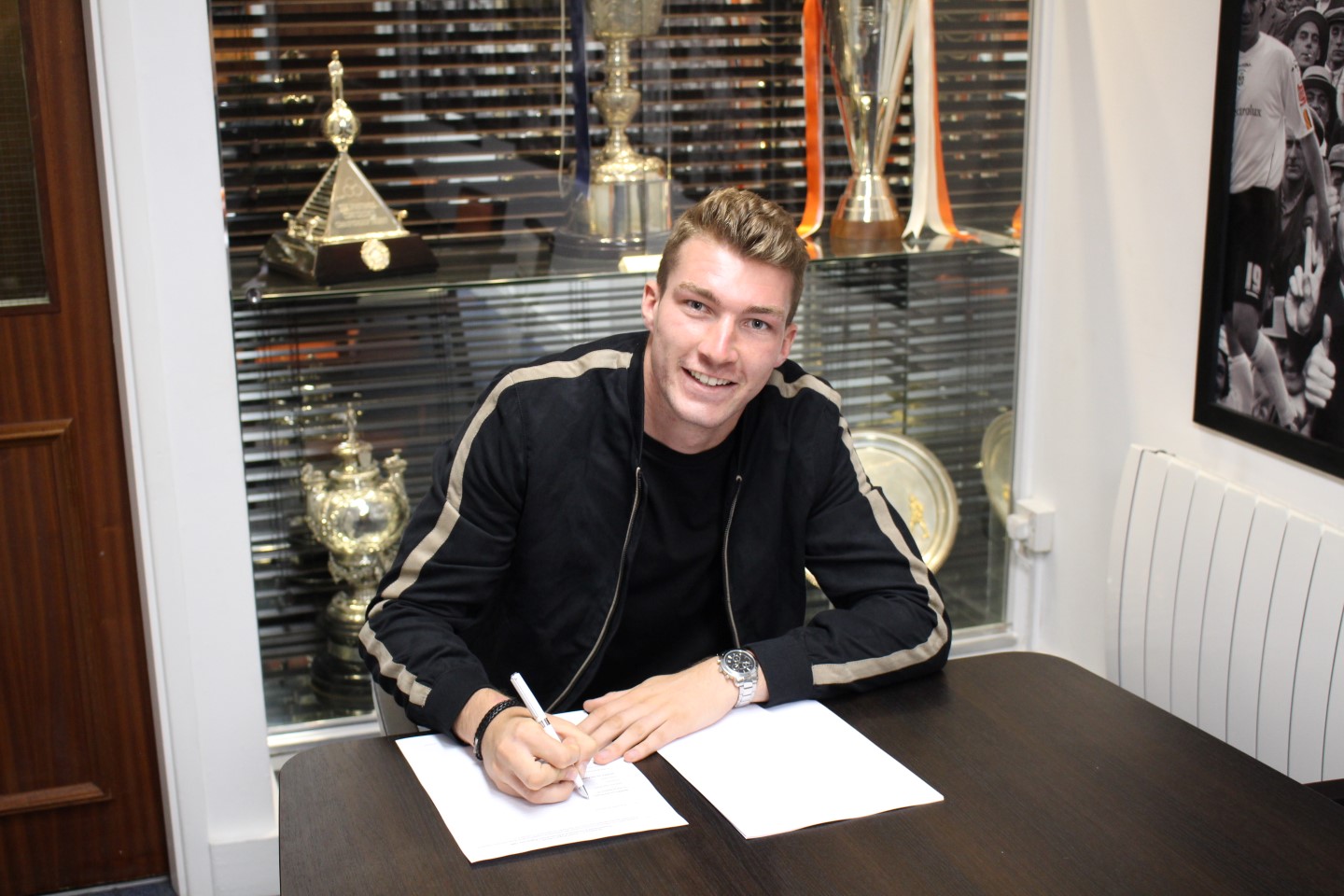 Manager Jones was delighted to land the signature of a player he's tracked since he was at Brighton, explaining: "Jack played against us last season for Exeter, but he's someone I've been aware of for a long time – way before I came to this club.

"So when the opportunity came up, especially after the way he's been at Exeter and the job he did there, that he was available and we could get him, we did.

"He fits the profile of what we want from an attacking full-back. He's young, he's hungry and wants to get better, so added to the experience we've already brought in, he's another exciting one for us."

The gaffer added: "With the ones we've added, we have brought in good experience, but Jack has experience of this division having played in it for the whole of last season, and before that with Carlisle and Barnet.

"He'll only gain experience if he's given opportunities, and we are a club that does give those opportunities if you're talented and good enough. Jack certainly is."