Luke Gambin kicks off a week of international involvement for talented Hatters youngsters tonight when the Maltese midfielder hopes to line up for his country against Ukraine.

The 24-year-old south Londoner could win his eighth cap in the friendly being held at the Merkur Arena in Graz, Austria (kick-off 7pm) ahead of their World Cup Group F qualifier with Slovenia on Sunday.

Gambin – who made 17 appearances and scored one goal after joining the Town from Barnet in January – flew out to join up with his national team-mates last week as he looks to put the disappointment of the Sky Bet League Two play-off defeat to Blackpool behind him.

He will be aiming to help Malta pick up their first point in a tough World Cup qualifying group in Ljubljana at the weekend, and prove his worth to coach Pietro Ghedin ahead of the home September clash with England after missing the game at Wembley last October through suspension.

Everyone at Kenilworth Road wishes Gambo well on his travels – as we also do James Justin, who is set to join up with the England Under-19 squad for the first time.

The 19-year-old full-back flies off to Spain with Keith Downing's Young Lions tomorrow morning for a training camp in Murcia. 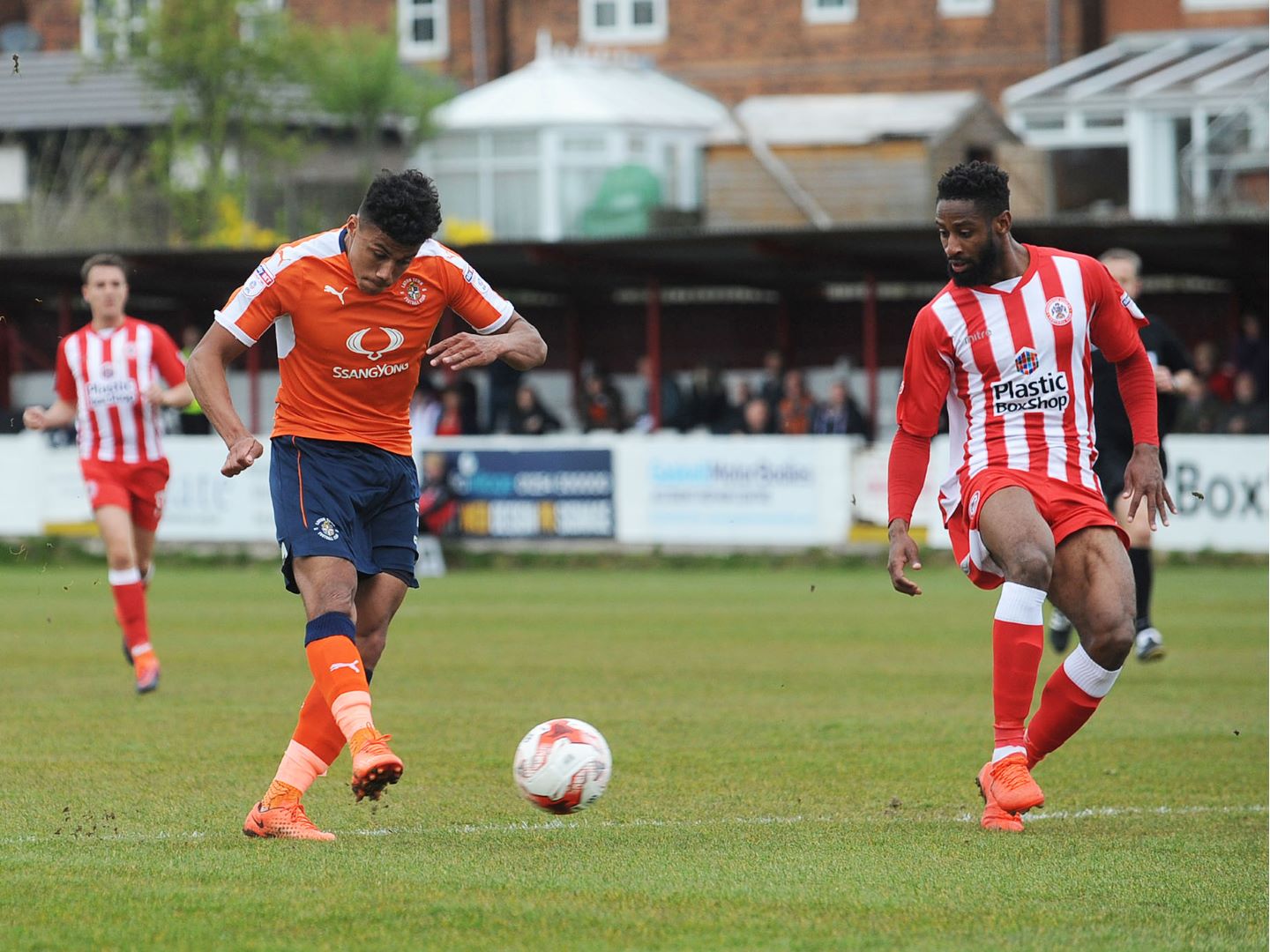 JJ, who has come through the youth system at Kenilworth Road having joined the Town at the age of seven, is one of four newcomers in the 23-strong group along with Premier League youngsters Tom Edwards and Josh DaSilva, of Stoke and Arsenal respectively, and Swindon's Will Henry.

The Hatters starlet and goalkeeper Henry, who he will come up against in League Two next term, are the only players representing clubs outside the Premier League and Championship.

JJ told lutontown.co.uk this afternoon: "I'm really excited about getting the call-up and I can't wait to get out there now. To get the chance to learn from national team coaches and train with players from the top clubs in the country is a fantastic opportunity for me."

Among those players from the top-flight is a familiar face for the local boy – his former Hatters team-mate and fellow full-back Jay DaSilva, the left-sider who left the Town academy in 2012 to join Chelsea.

"It'll be nice to have someone there I know – Jay and I have been mates since we were youngsters in our junior teams," adds JJ.

"We've got some great memories of playing together, like when we beat Bayern Munich to win the Aarau Masters tournament as part of a really good Luton Under-11s team.

"This will be another to add to the collection, but it's a chance I really want to make the most of and continue my overall development."