Over the next few days we will be bringing you all the information on the new faces in Sky Bet League Two for 2017/18. We started with Lincoln City yesterday, and now we look at the side that gained promotion alongside them from the Vanarama National League, Forest Green Rovers.

A third bite at the play-off cherry finally saw the Gloucestershire-based side, known as the little club on the hill due to their location in the village of Nailsworth, gain promotion to the EFL after 19 consecutive seasons in the fifth tier.

Mark Cooper played for Rovers during his long-playing career, before stepping into management. The 48-year-old has worked his way up the football league ladder, taking charge of the likes of Tamworth, Kettering Town and Darlington before taking Swindon Town to the League One play-off final two years ago. The son of former England defender Terry Cooper has also had brief spells in charge at Peterborough and Notts County, who he left to take over the reins at Forest Green just before their first National League play-off final at the end of 2015-16. They lost that, but he successfully guided them to promotion via the same route in his first full campaign.

After finishing third – behind Lincoln City and Tranmere Rovers – Cooper's side went into the play-offs without a win in three. However, they successfully got past John Still's Dagenham & Redbridge over two legs and went onto beat Tranmere 3-1 in the final at Wembley, courtesy of a brace from Kaiyne Woolery and a rocket from top scorer Christian Doidge. 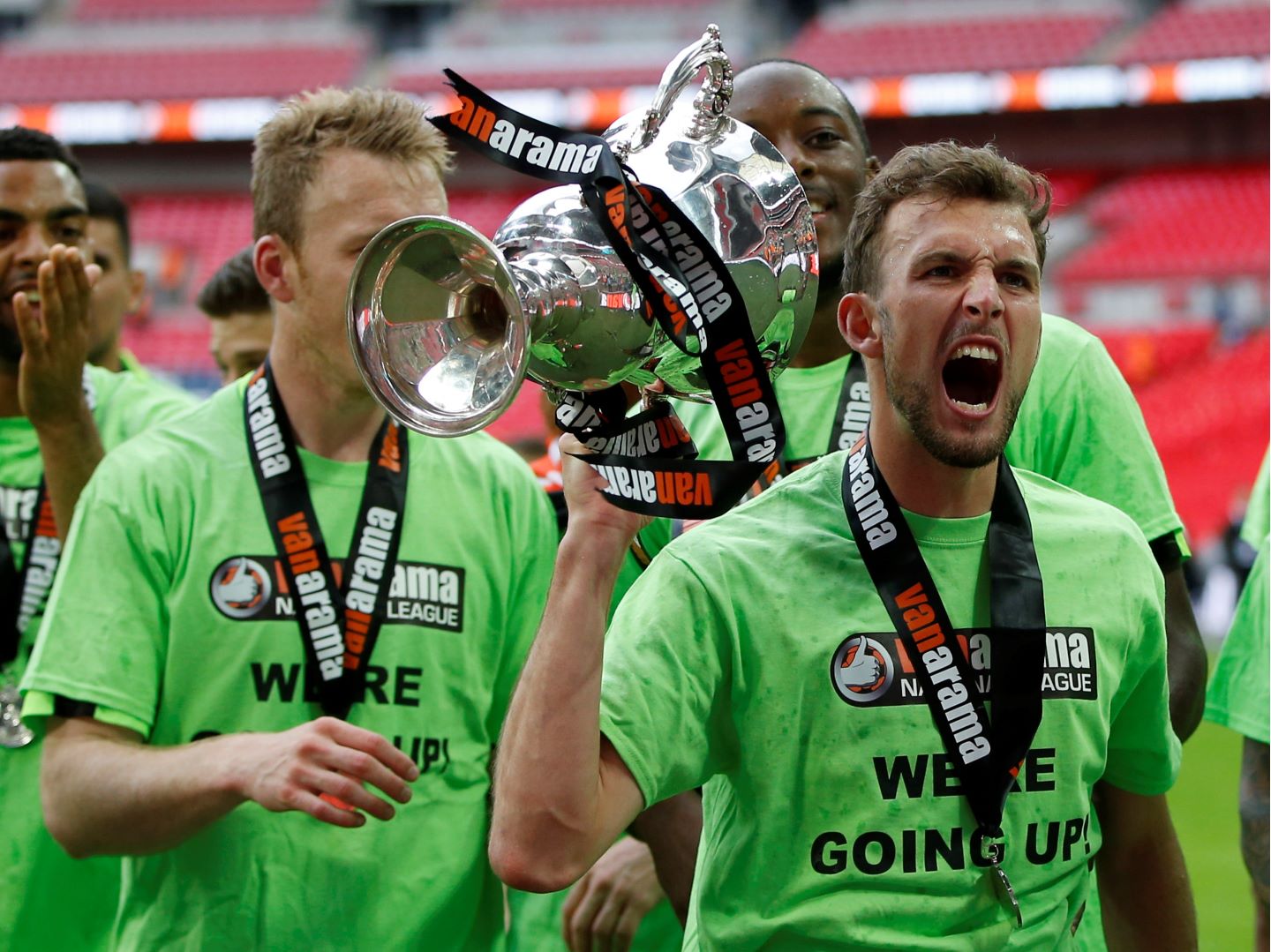 (Pictured: Christian Doidge netted 27 times last season, including one in the 3-1 victory over Tranmere Rovers in the Vanarama National League play-off final)

The Green Devils have acted quickly in the transfer market, bringing in Reece Brown, Callum Evans and Lee Collins. The latter adds a lot of EFL experience, having played for Port Vale and Northampton Town, making over 360 career appearances. Evans made a handful of appearances for Barnsley before joining the New Lawn outfit on a one-year deal, whilst Brown came through the youth ranks at Birmingham City, going onto play 20 times for the Blues.

The Hatters have an excellent record against Forest Green, winning six of the ten games, including the last meeting which was the first home game after the Town's return to the Football League had been confirmed and the Conference championship trophy was presented at Kenilworth Road. Rovers have beaten the Hatters once, and the sides have contested three draws.

Familiar face to both clubs?

Rob Sinclair came through the youth system here at Kenilworth Road, but never made a first team appearance for the Hatters. He has been with Forest Green since 2014. Ben Wright had a brief loan spell with the Hatters in 2009, as well as spending a season with the Green Devils in 2012.