Defender Dan Potts was at Kenilworth Road this morning to put pen to paper on a new contract to extend his Luton Town career into a third season.

The 23-year-old left-back flew home from a well-earned four-week holiday last week and says he was always intent on getting the one-year deal, with an option for 2018-19, sorted upon his return.

He told lutontown.co.uk: "I'm just delighted to get it done and now I can look forward to next season.

Potts made 28 appearances last season – taking his total since signing from West Ham two summers ago to 44 – but consistently said during the run-in to the Sky Bet League Two promotion push that his focus was firmly on the play-offs, rather than his own future.

He underlined that determination by putting a knee injury and concussion behind him to score his first goal for the club in the semi-final first leg at Blackpool, after picking up an early cut to the eye from which he still bears the scar. 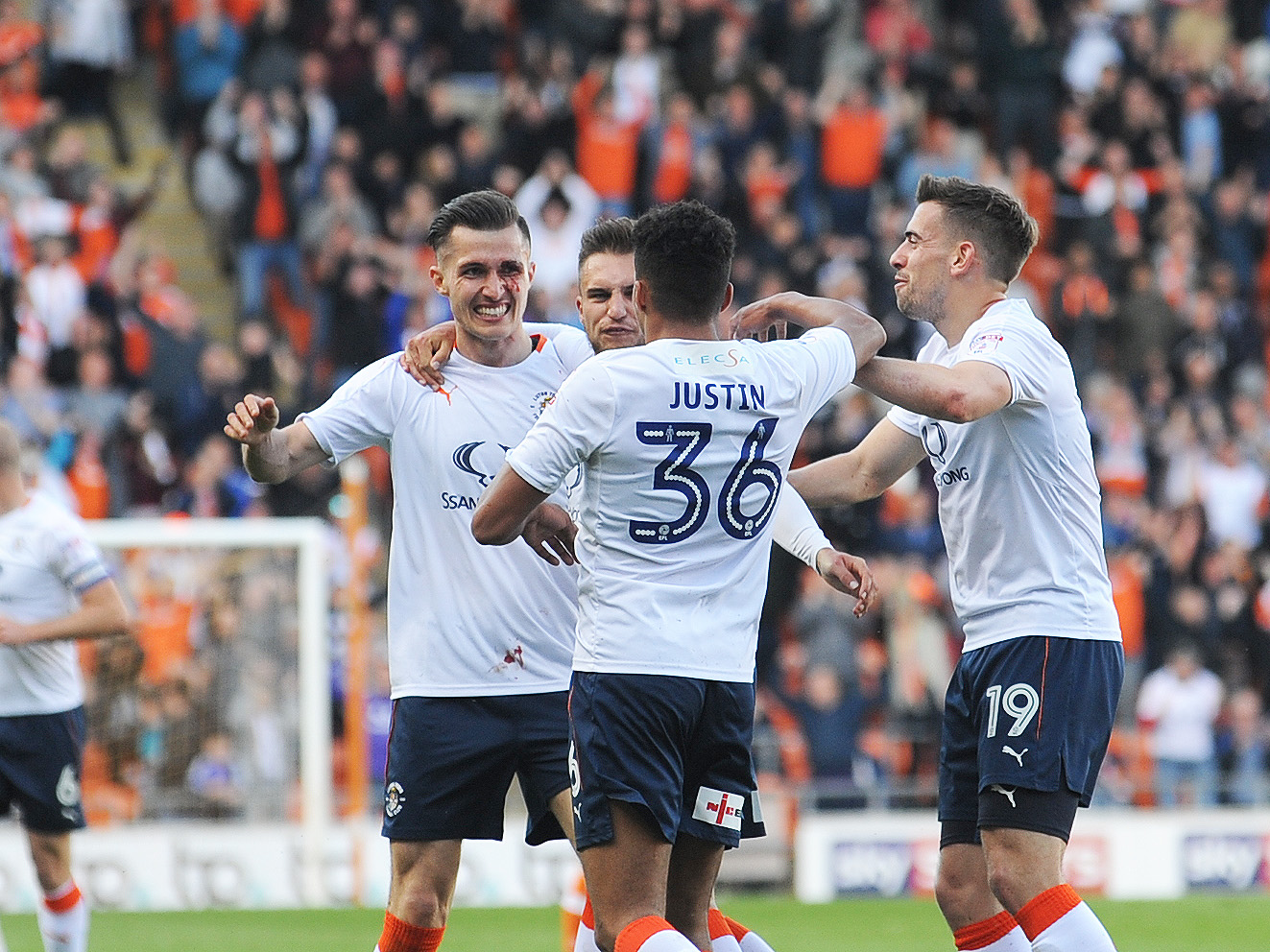 "I'd be lying if I said it wasn't (playing on my mind)," said Potts, "but when you're in those pressure games, that is all you can think about.

"You don't really have time to think about anything else and I had conversations with the gaffer and we both sort of said that it would be sorted at the end of the season, and it was. It wasn't a problem, and now we are here, it's done and we can look forward."

The determination to put the agonising last-minute aggregate defeat to the Seasiders, who eventually won promotion at Wembley, behind him and help the Town to promotion was firmly behind Potts' decision to re-sign.

"It was disappointing the way it ended, but those games bring out the best of you and although we lost, I loved every minute on the pitch – apart from the last minute of the second leg," he said.

"They are the sort of games you just want to be involved in, but hopefully next year we won't have too many of them towards the end of the season because we'd like to go up automatically.

"If it was the case though, the squad now would be in a much better position. The experience we take on from those two games will be massive throughout the year and should put us in good stead.

"The way we went about things last year was a major part in why I wanted to re-sign. We were up there all year and obviously we just got touched off in fourth, but you could see what we were trying to do and we got a lot of plaudits off the pitch throughout the year.

"It didn't finish the way we wanted it to, but not much should change going into next year and if anything, we should be better for the experience we had. That was a major part in why I wanted to sign."

Hatters boss Nathan Jones was equally happy to have his man on board for 2017-18.

The gaffer said: "I'm delighted Pottsy's agreed a new contract. He was a big part of what we did last year.

"His appearances were curtailed slightly by little injuries that he picked up, but we think he has fantastic attributes that we can actually improve and he fits the bill of what we want.

"We are delighted that he's committed to us and hopefully it will be for the long term."