Goalkeeper Craig King has today confirmed to Luton Town Football Club that he has rejected the offer of a one-year contract extension and decided to pursue a new career away from professional football.

The 20-year-old, who progressed through the academy at Kenilworth Road to make four senior appearances, has taken the decision for personal reasons which he explains in the following statement:

“After a memorable nine seasons I have decided to leave Luton Town Football Club. This has been the hardest decision I have ever had to make, but after many sleepless nights I have come to this conclusion. For the last couple of years I have been suffering from quite severe depression. The season just gone has been particularly hard for me and now I feel it's time for me to concentrate on being happy once again. Growing up and slowly starting to despise the game I loved and adored as a boy is heart-breaking, and something I want and need to change!

“The only way I see this becoming a possibility is taking myself away from the professional game and starting to enjoy football at a lower level! The club have been aware of my situation and have been amazing at trying everything in their power to try and resolve the issue. Club physio Simon Parsell and club doctor Paul Deeley have been unreal support for me and helped me through the season. Now I am at the stage where I know I can't improve my current mental state whilst being at the club.

“I would like to thank every single member of Luton Town Football Club for everything they have done for me over the years. The fans who when I've played have supported me, and every single person who associates themselves with the football club. Although my career as a player at the club has come to an end, I will always love and support the Hatters and will be forever grateful for the opportunity and memories they have given me over the past nine years!

“I’m excited to see the boys win promotion next season and continue the climb up the leagues!”

The club are saddened to see one of our homegrown products leave, but fully respect and understand his decision. We will continue to support Craig and offer him any help he requires as he embarks on his new career.

We thank him for his service over those nine seasons, culminating in his four excellent performances in the early stages of the run to the Checkatrade Trophy semi-finals last term, with his penalty save from West Brom’s Callum McManaman in a 2-0 home win over the Premier League club sure to live long in the memory (pictured below).

All at the club would like to wish Craig every success in both his football career and life away from the professional game, and look forward to seeing him back at Kenilworth Road where he’ll always be a welcome guest. 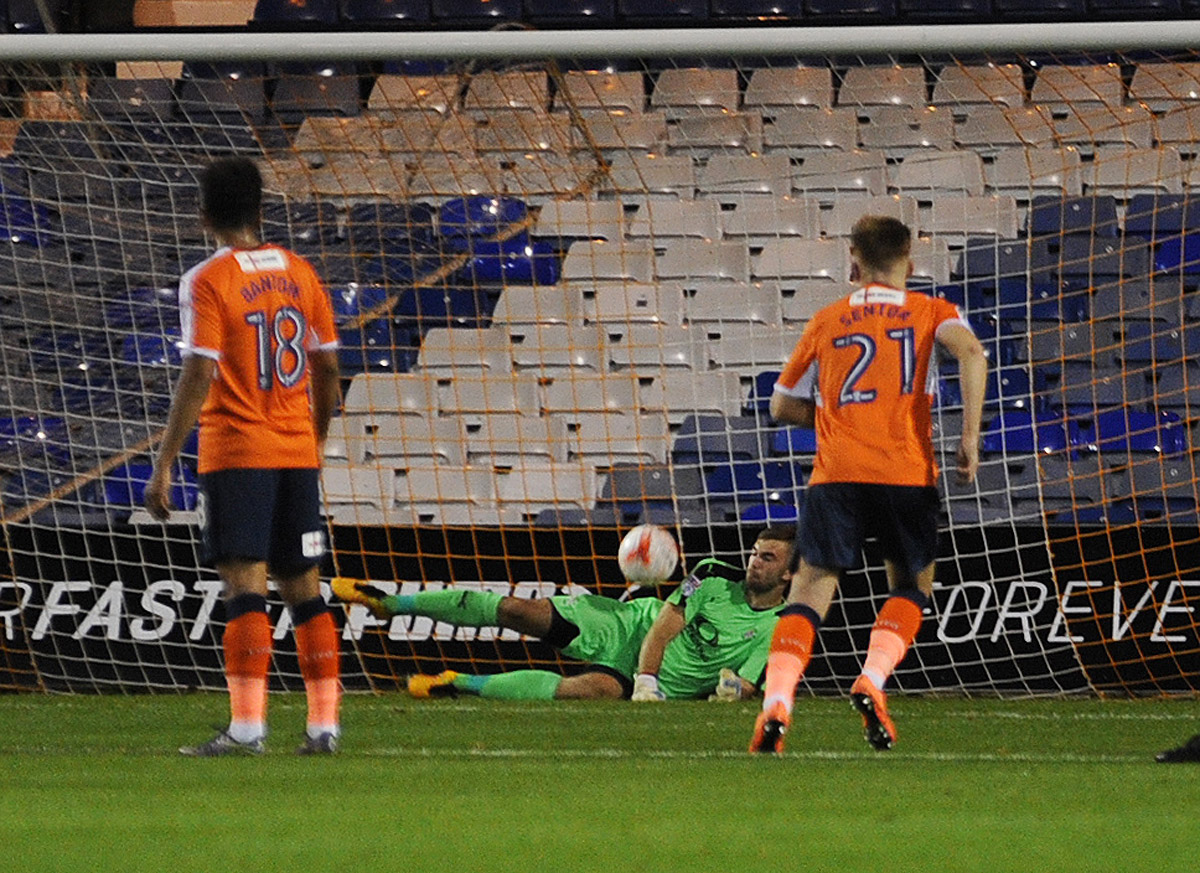