We are pleased to announce that Hatters boss Nathan Jones has this afternoon added more promotion-winning experience to his squad with Birmingham City midfielder Andrew Shinnie arriving on a season-long loan.

The 27-year-old Aberdeen-born player has one full international cap for Scotland to his name, and has spent much of his career north of the border since starting out with Rangers.

He had two loan spells with Dundee before leaving Ibrox for Inverness Caledonian Thistle, where he impressed enough to be on a four-man shortlist for the 2012-13 SPFA Players’ Player of the Year award and selected in the PFA Scotland SPL Team of the Year.

That form earned Shinnie a move to Championship side Birmingham in the summer of 2013 and he has made 73 appearances for the Blues, scoring four goals, but has spent the last season-and-a-half out on loan, first at felloe second tier club Rotherham United and then last term back home with Hibernian.

Shinnie, an attacking midfielder, helped Hibs win the Scottish Championship title with three goals and eight assists in his 32 appearances for Neil Lennon’s side. 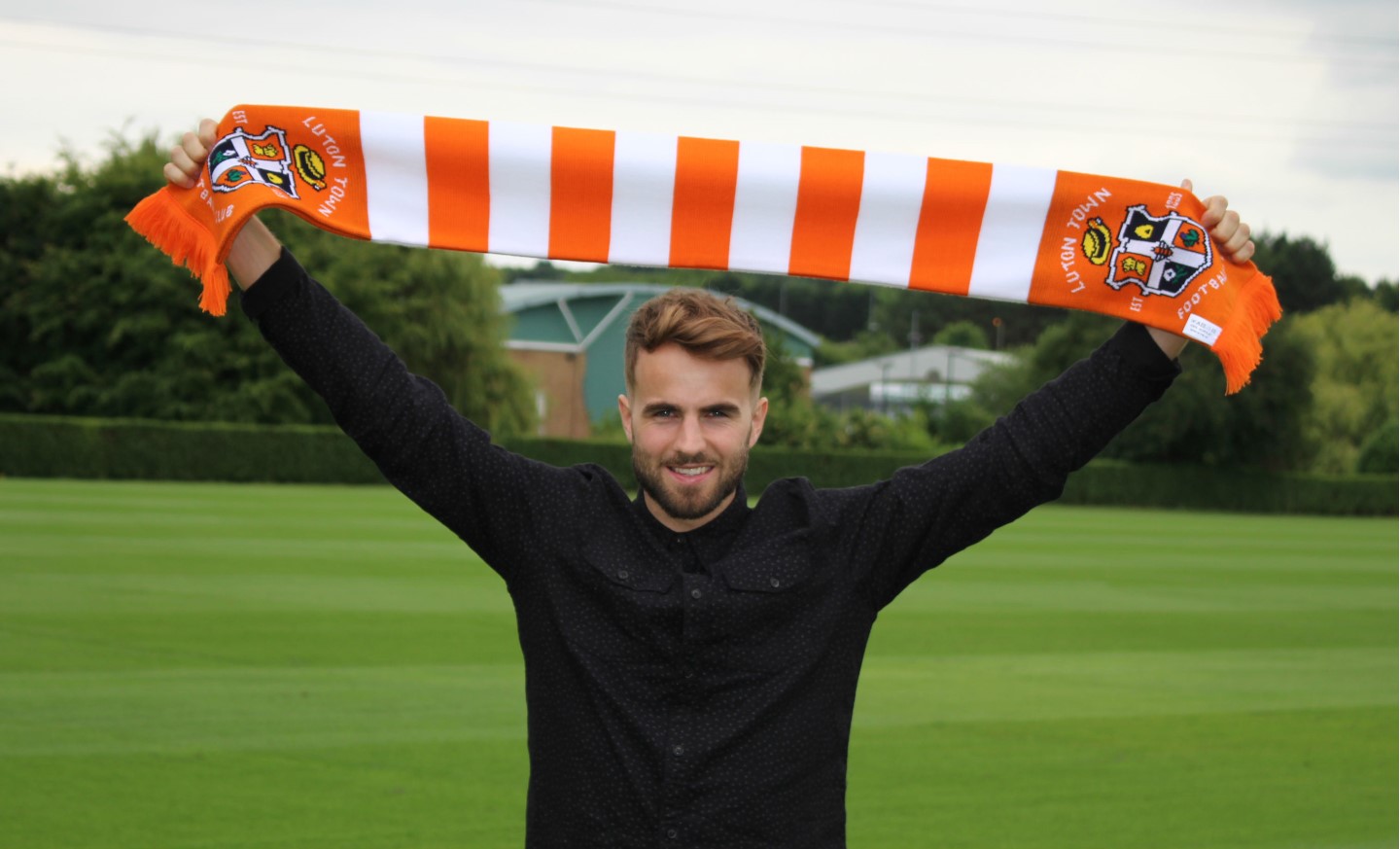 Jones was delighted to finally land a player he has tracked for a long time.

“It’s a wonderful signing for us,” said the Welshman. “I have to confess, Andrew was on my list when I was at Brighton to take him there, so to get him for Luton is a real coup for the football club.

“He has a proven track record. He was an excellent player in the Championship through Birmingham’s really good spell under Gary Rowett and he’s a player that myself and Joaquin Gomez flagged up early in our Brighton time.

“So to actually bring him to the football club is wonderful. We lost a wonderful player in Cameron McGeehan and what he does is difficult to replace. But we have brought in a different Championship quality player and we are delighted.”

The past connection in the second tier was equally important to Shinnie in persuading him to join the Town.

The Scot told lutontown.co.uk: “It feels great to get it done. It’s been in the pipeline for a couple of weeks and everything’s been sorted out now, so it’s great to be here.

“I knew Nathan from when he was assistant-manager at Brighton and their style of play was always good to watch.

"I came down a few days ago and it was a great experience. He showed me everything about the club, the way he wanted me to fit in, what he could do for me, what he feels I can bring to them. I was taken aback a bit. I hadn’t had that before and it made my decision to come here.”

He added: “Luton are a top club and people might say you’re dropping down a few leagues, but it’s a big club to come to. The facilities are outstanding. It’s a new training ground and I’ve had a walk round, the pitches are great, everything is brilliant. It’s set up to be a bigger club and hopefully progress through the leagues.

“I got a promotion last year which was a great feeling, and I’ve got a good feeling coming here this year, with the squad here and the manager, that I can add another promotion onto the CV.”