The Hatters get their preparations for the 2017/18 season underway this week with their first pre-season game since Nathan Jones' squad returned after the summer break – with a short trip to local rivals Hitchin Town.

The Evo-Stik League Southern Premier Division side fell agonisingly short of promotion last term, losing in the play-off final against Leamington after Brakes netted a late winner in a 2-1 victory. So far, manager Mark Burke has added Elliot Bailey, Connor Vincent, Jack Green and a familiar face to Hatters, as Charlie Smith has joined the Canaries. Smith signed a professional contract with the Town back in 2014 after coming through the youth ranks.

Kick-off is at 7:45pm on Wednesday 5th July at Top Field. The address for the ground is:
Top Field, Fishponds Road, Hitchin, Herts, SG5 1NU

£10 for adults, £6 for concessions and free entry for Under-16s, which will be available on the gate. You can get a programme for £2.

The Hatters travelled to Top Field last season for a pre-season friendly at the beginning of August, with Isaac Vassell firing home the only goal of the game. 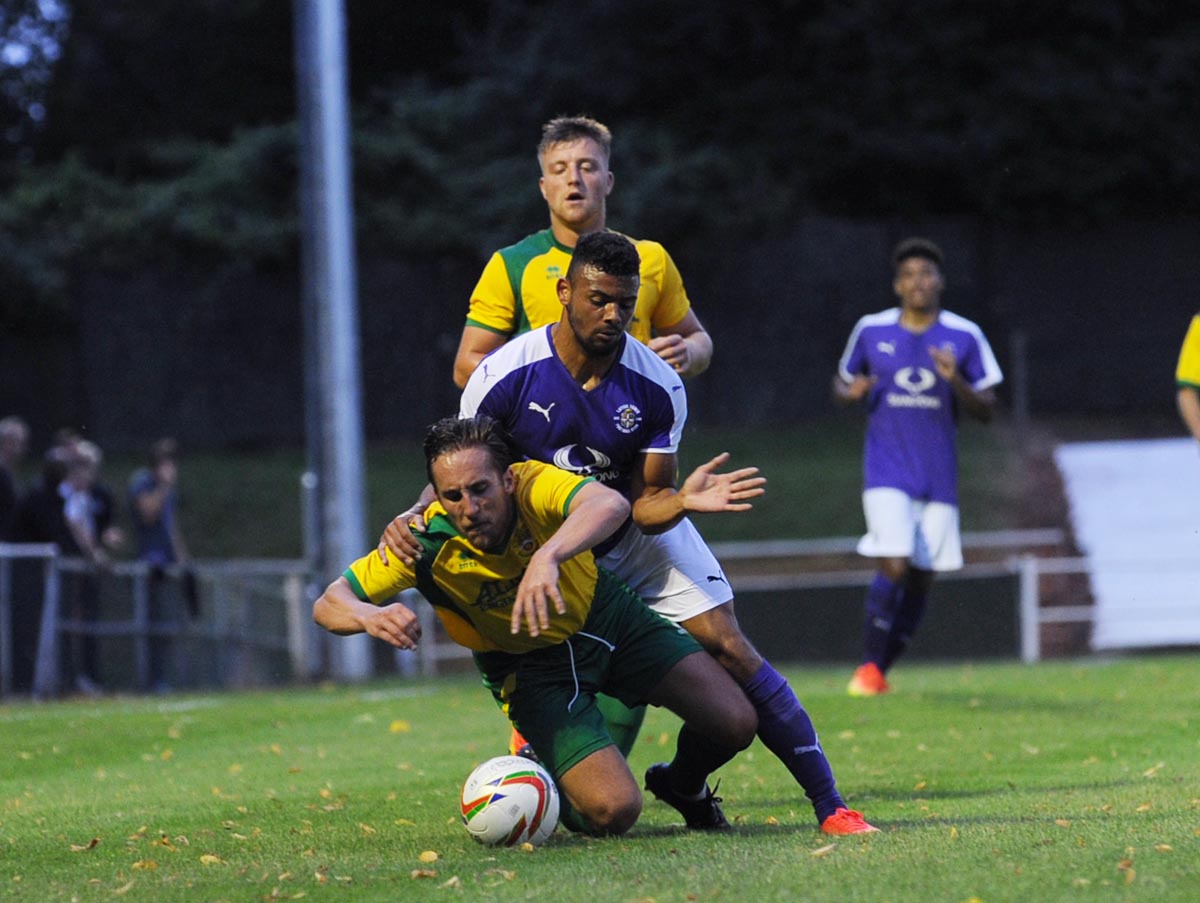 (Pictured: Isaac Vassell in action at Top Field last season, as the Hatters ran out 1-0 winners)