Luton Town are pleased to announce the signing of goalkeeper Harry Isted on a one-year deal following his release by Premier League side Stoke City.

The 20-year-old joined the Potters in January 2016 from Southampton, making one first team appearance for the Britannia Stadium outfit – a 1-0 defeat to Bradford City in the Checkatrade Trophy last season.

He was a regular for Stoke in their Under-23s side during his time there, where he picked up the Premier League U18s save of the season for 2015/16, for a magnificent double-save against Manchester City.

Isted said: “It feels great to be here. It’s a really good club and it looks like it’s going to be a really promising season and I am excited to be a part of it.

“It’s an excellent club that promotes youth and I really feel I can be competition for the other two keepers. It’s somewhere I think I can progress. You see a player like Jack Senior in and involved in the first team.

“I have been training with Marek Stech and James Shea and it’s really competitive for those starting places. I have been loving it. They’re a great bunch of lads and I think we just keep pushing each other on, so it’s good healthy competition.” 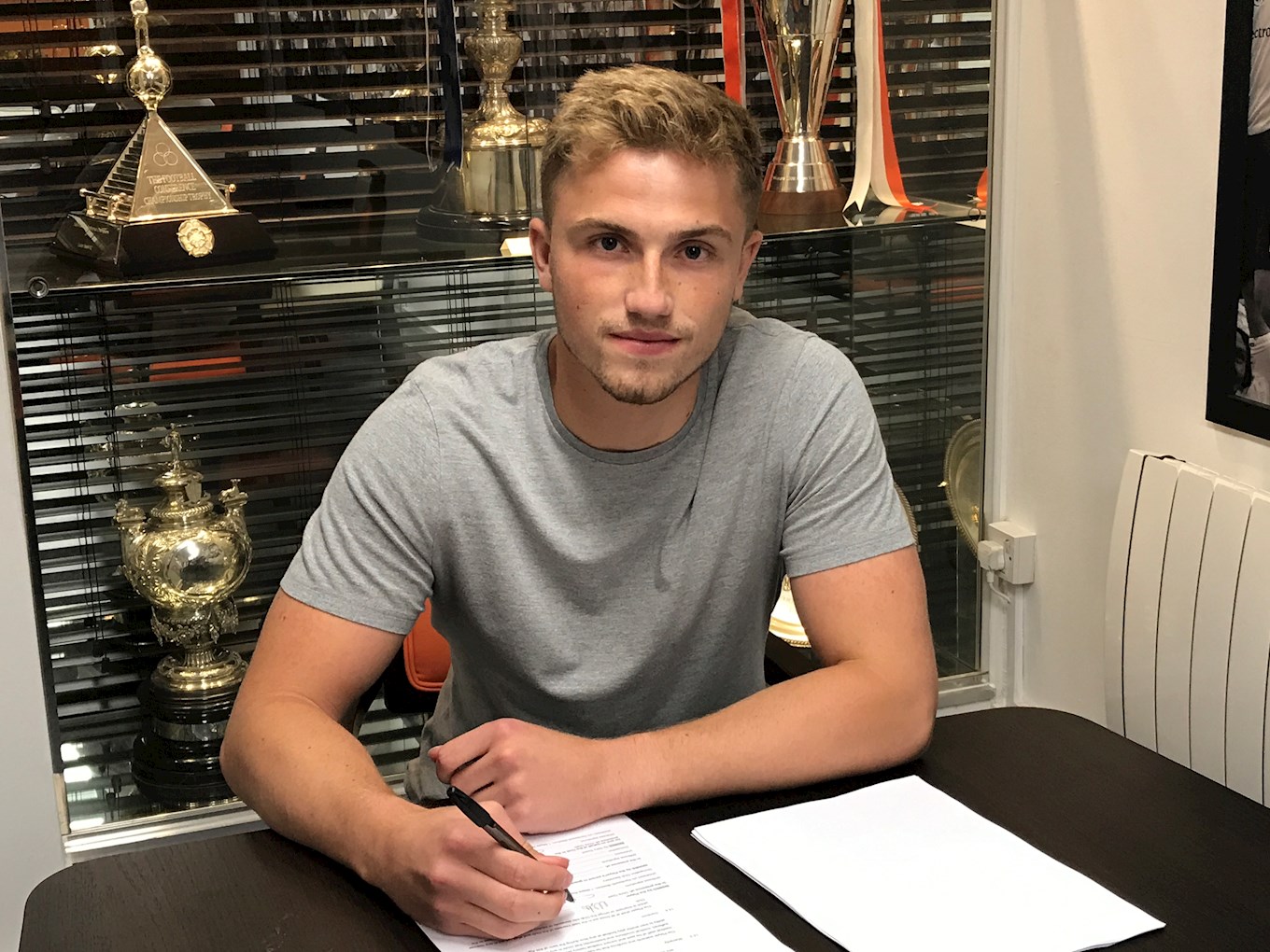 (Pictured: Harry signs his contract with the Hatters in the Trophy Room at Kenilworth Road)

Town manager Nathan Jones was pleased with the latest acquisition to his squad, as Isted adds to the competition for the number one jersey.

He explained: “We have got our two senior keepers in, we wanted to bring in a young third goalkeeper that would push the other two and has good pedigree that we can develop, hopefully into a first team keeper.

“Obviously now we have got those keepers it makes us a lot stronger outfit in the goalkeeper department and with God’s will, we won’t need to be taking any loans.

“We have got him at a good age, he has been at some good clubs in terms of Southampton and Stoke. So now we are looking for him to kick on, make his debut with us and to develop into a player who can play for Luton Town.”

The stopper left the Potters shortly after his heroics in the Staffordshire Senior Cup final, where he pulled off two saves in the penalty shootout which helped them on their way to victory over Chasetown, meaning they lifted the trophy for the first time since 1999.