We are delighted to confirm that Elliot Lee has agreed terms to sign for Luton Town after his contract with Sky Bet Championship club Barnsley was terminated by mutual agreement.

The 22-year-old striker is no stranger to Kenilworth Road, of course, having spent a loan spell with the club at the back-end of the 2014-15 campaign when he netted three times in 11 appearances for the Town.

Among the friendly faces ready to welcome him back into the dressing room will be his older brother Olly, who signed for the Hatters after Elliot had returned to parent club West Ham, where they both came through the ranks along with other current Town players Pelly-Ruddock Mpanzu, Dan Potts and Marek Stech.

If manager Nathan Jones selects them together, they will become the first set of brothers to play in the same Luton Town first team since Brian and Mark Stein in 1988.

Elliot, who has agreed a two-year contract with an option for a further year to 2020, said: "I'm looking forward to playing with Olly. He was a big factor in me coming here. Having been here and known all the lads, I'm really looking forward to it.

"Olly and I spoke about it and we realised it would be a great experience to play together and something we'd enjoy. It's something special for the family.

"The club has come on a lot since I was here last time, and it really looks like we've got a positive future."

Elliot's loan with the Hatters was one of several temporary stints away from Upton Park – he also gained experience at Colchester (twice), Southend United and Blackpool – before joining Barnsley upon his Hammers release last summer. 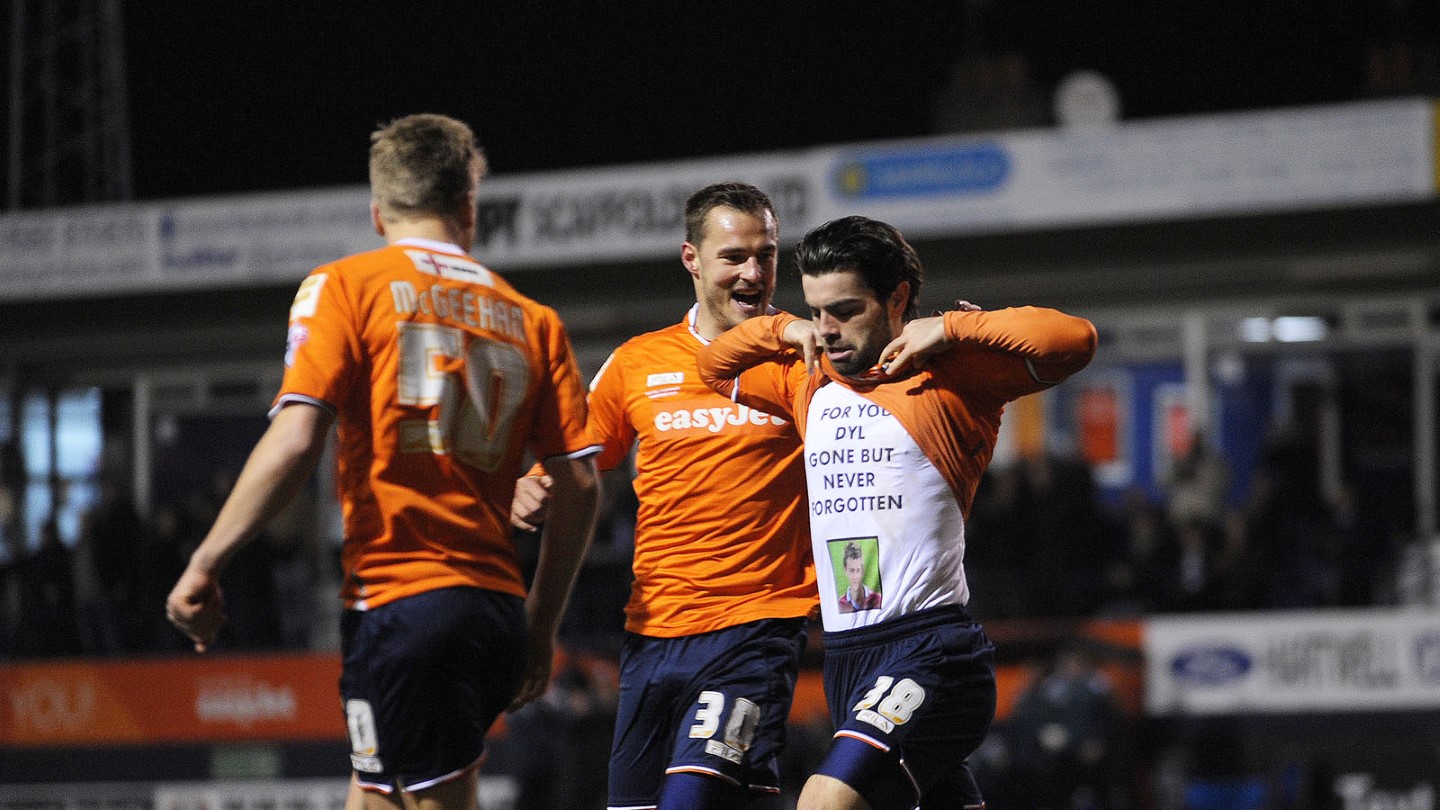 Game time has been limited at Oakwell, but the forward is hoping to hit the ground running again with the Hatters having introduced himself to the Town faithful in perfect fashion last time around, coming off the bench to score with his first touch on his debut at AFC Wimbledon. He also scored twice against Wycombe at Kenilworth Road (pictured above).

Elliot said: "It's really good to be back. Pulling on the shirt again is going to be great. I'm really looking forward to playing in front of the fans again.

"Like Nathan said to me when I met him, it's a really exciting project going on at Luton and I want to be a part of it. 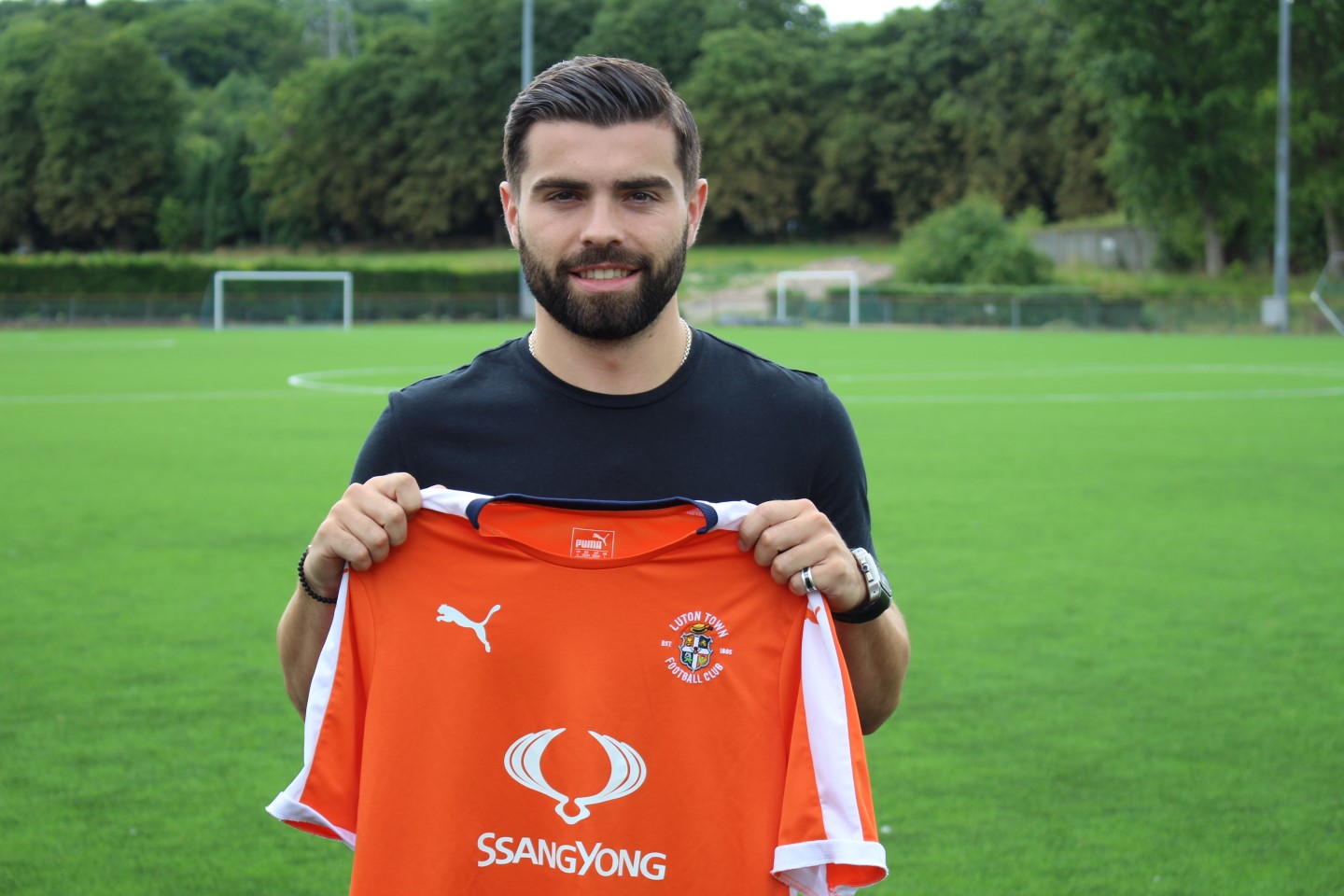 Manager Jones explained how the potential arrival of Lee made the decision to sell Jack Marriott to Peterborough last week a straightforward one.

The Welshman said: "We are delighted to have Elliot here. We earmarked him, and when the opportunity came for Jack to go to Peterborough, it was a very sound decision for the football club.

"Jack is a fantastic player as a striker. Elliot is slightly different, but has more characteristics that we think are conducive for our team. It's been excellent business. We knew what we were doing by letting Jack go, because it means we could replace him with Elliot Lee.

"It will help him settle that he knows so many players here. For me, it's another little box ticked in terms of he shouldn't have any problems settling, and his brother did a lot of work for us.

"He had a number of offers from higher leagues, but Olly spoke very highly of the work that we do here so there was only one place for Elliot.

"I met him and sold him what we are trying to do. He's bought into it and has, along with all the other signings, shown a real commitment to come here."

Everyone at Kenilworth Road wishes Elliot a very warm welcome back as signing number seven of the summer!