Hatters boss Nathan Jones and defender Dan Potts have been shortlisted for the Sky Bet League Two manager and player of the month awards for November.

Jones, who won the award in October, has overseen another remarkable month of results for the Town, with FA Cup wins over Portsmouth and Gateshead book-ending a month in which his side won three and drew the other of their league games to move back to the top of the table.

In the 2-2 draw at Cheltenham, the 7-0 win over Cambridge and the 3-0 victory over Carlisle, left-back Potts fond the target with headed goals in three successive matches.

He took his tally to four in five matches – and six for the season – with another towering header in the 5-0 Cup second round win at Vanarama National League side Gateshead on Sunday.

The gaffer is up against Mansfield boss Steve Evans, Chesterfield’s Jack Lester and Notts County’s Kevin Nolan for the managerial award, with Sky Bet’s press release describing his month in the following way: “After scoring 13 goals in five games in October, his attack-minded side were even more irresistible in November, finding the net 14 times in four matches, collecting 10 points and sweeping Cambridge aside 7-0 in the process.” 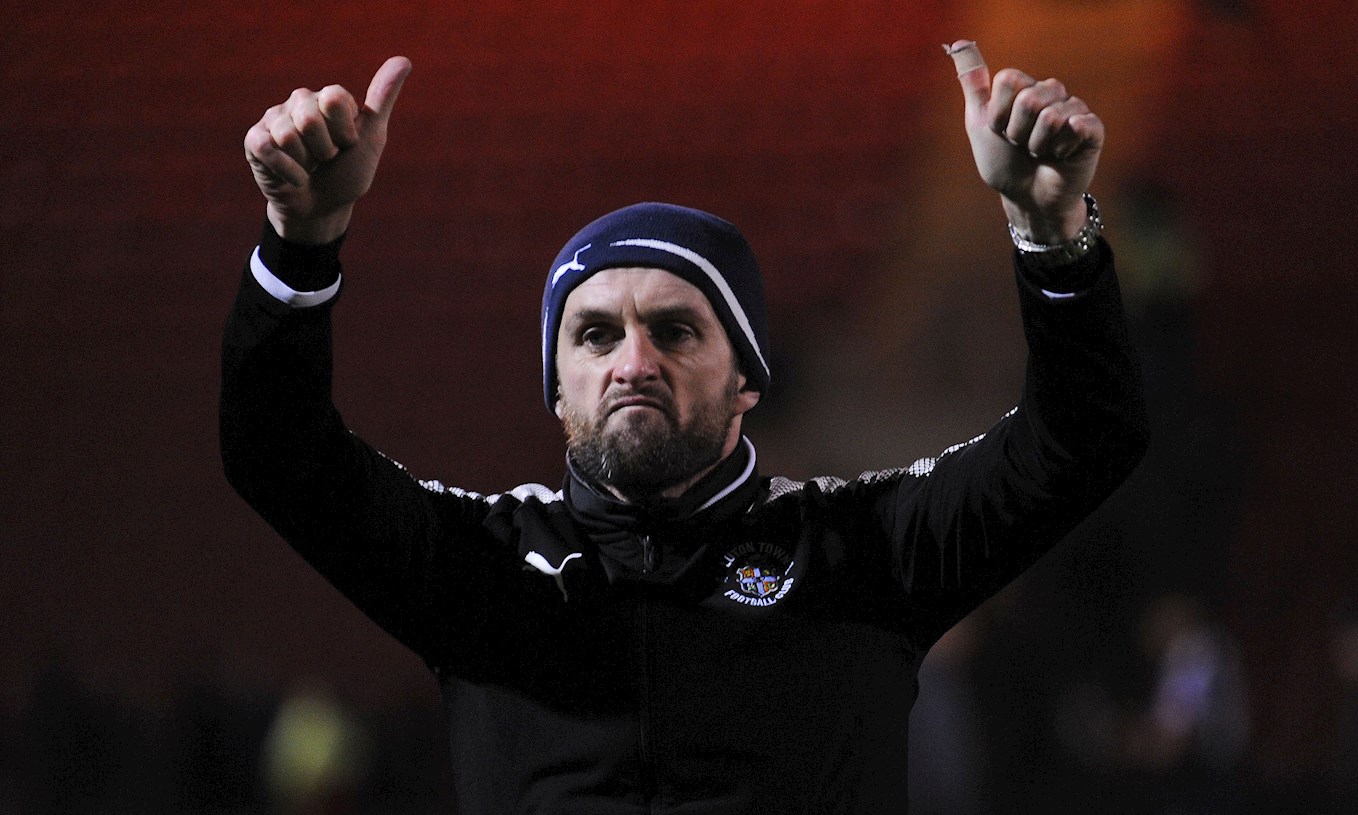 That result, of course, meant Jones' side had hit seven or more goals in three games so far this season, creating EFL history as the first club ever to do so on three separate occasions in a season before Christmas.

On Potts, the league sponsors said: “In a side packed with goals, Potts is holding his own from left-back, courtesy of his superb heading ability. Solid defensively once more, the defender scored in three successive games, notably with a brilliant diving header against Carlisle.”

Well done to both Nathan and Pottsy on their nominations – and good luck in the voting with the winners to be announced on Friday morning!