Everyone at Kenilworth Road has been saddened to learn of the passing of John Faulkner after a long illness.

A cult figure centre-half at Kenilworth Road, John was an inspirational leader at the back as the Town won promotion to the top flight in 1974 with some superhuman performances, not least the promotion clincher at West Brom where he played whilst concussed.

After playing as a youth for Charlton Athletic, Orpington-born John decided to forego the professional game and instead qualify as a Quantity Surveyor whilst turning out for non-League Sutton United.

During his time there, Sutton were drawn at home to Leeds in the FA Cup and although losing 6-0, John starred and was approached to join the professional ranks at Elland Road. He decided to take the gamble as Leeds were one of the top sides in the country at the time and was rewarded with a first team debut soon after joining. Sadly, on his second appearance he broke his knee cap and did not play again for a year. 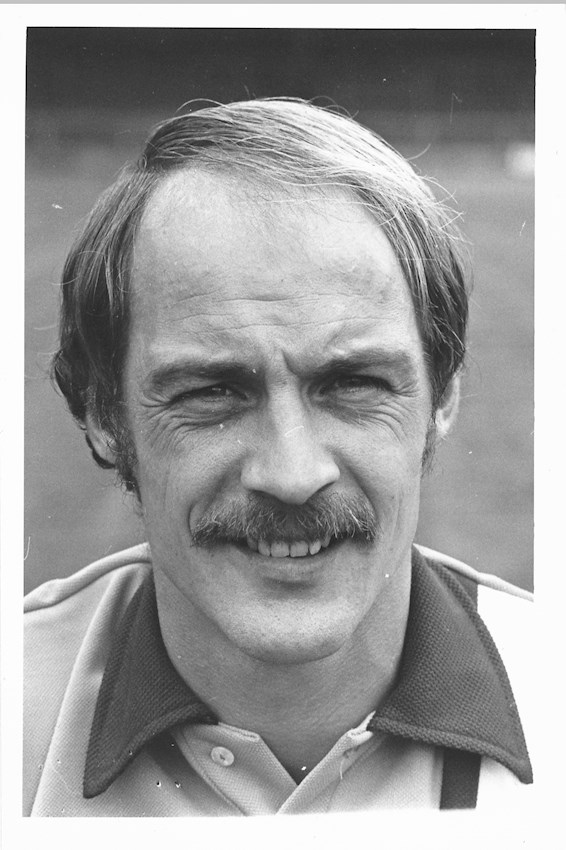 When fully fit he could only manage two UEFA Cup appearances for Leeds so jumped at the chance to join the Town in 1972, where manager Harry Haslam was looking for a replacement for Chris Nicholl, who had been sold to Aston Villa.

John enjoyed six seasons at Kenilworth Road partnering, at various times, John Moore, Alan Garner and the precocious Paul Futcher in central defence. Promotion to the top flight in 1974 was a career highlight, as was the run-in the following season when the Hatters almost saved themselves from immediate relegation with a series of swashbuckling displays.

After leaving Luton in 1978 John joined the migration to the USA where he played for Memphis Rogues and California Surf before returning to these shores in 1981 where he resumed Quantity Surveying in Milton Keynes.

Thinking his days in the football world were over, he was pleasantly surprised to receive a call from David Pleat asking him to join the coaching staff at Kenilworth Road where he also served under John Moore, Ray Harford and Jimmy Ryan before taking on a similar role at Norwich City in two spells.

Latterly, John had carved a new career as a Sports Psychologist.

Our condolences go out to his family, friends and ex-playing colleagues.

PICTURE CAPTION: John scores for the Town against Fulham (and George Best) at Kenilworth Road in October 1977.