The Hatters’ official matchday programme returns tomorrow for the visit of Yeovil Town – with a new title!

‘This Is Our Town’ is a nod to the campaign for a new stadium at Power Court and our pride at being at the heart of our local community – and for £3 you’ll get 76 pages packed with great content.

The Big Interview in the opening issue of the season is with new goalkeeper Marek Stech, who recalls his early days in this country with West Ham, his successful spell with the Glovers and discusses his aspirations for his career with the Hatters. 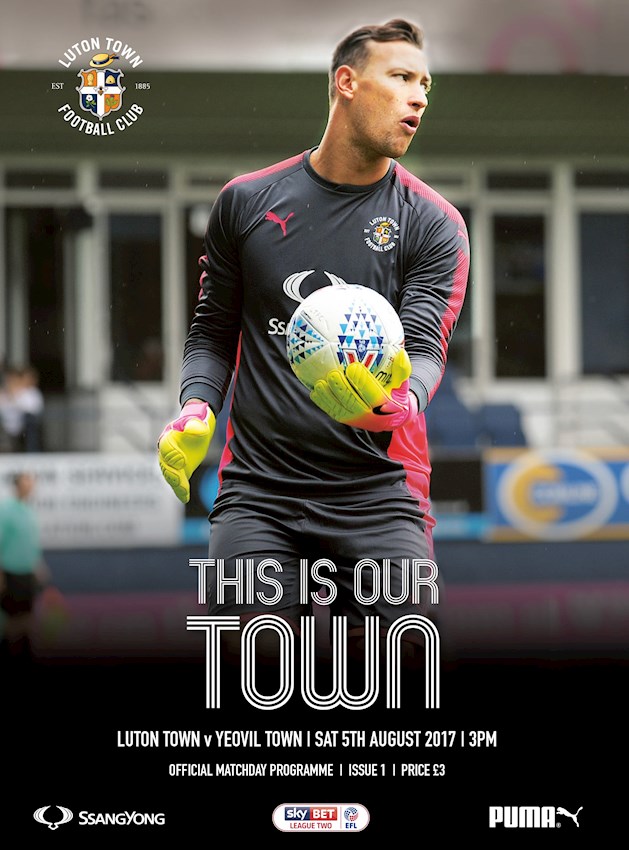 We have farewell notes ‘From The Boardroom’ from outgoing chairman Nick Owen, who reviews his nine years in the role, plus the opening columns of the campaign from manager Nathan Jones, captain Scott Cuthbert and physio Simon Parsell.

Danny Hylton might not be involved tomorrow as he steps up his rehab from a summer operation, but last season’s top scorer talks us through his ‘Town Team-Mates’ – while we bring you the official team photo and squad profiles for 2017-18.

On a trip down Memory Lane, club historian Roger Wash kicks off a fascinating new series by opening up his scrapbook from the 1967-68 Fourth Division title-winning season – and while reviewing our eight previous clashes with Yeovil by digging out the programme covers from each game.

All this, and much more, is available from the programme sellers at Kenilworth Road tomorrow for £3.

You can also pre-order online via hattersworld.com – or why not take out a subscription for every programme published over the whole season for £118 by emailing ticketoffice@lutontown.co.uk or by calling 01582 416976.

Make sure you get your copy!