The following From The Boardroom notes were written by outgoing chairman Nick Owen for Saturday's matchday programme, This Is Our Town, against Yeovil Town...

Good afternoon and welcome to Kenilworth Road for the start of a brand new season and I am sure that, like me, you are filled with hope and expectation.

A warm welcome also to our friends from Yeovil – their players, directors and, of course, supporters. Our manager, Nathan Jones, spent seven years with the Glovers, so I am sure he’ll enjoy meeting up with old friends.

Also, I would like to welcome our new players who have joined us over the summer. Some fabulous signings with intriguing and exciting possibilities for the campaign ahead. While I dearly hope they all have a hugely successful time at Kenilworth Road, I would also like to wish our departing players all the best and hope they take some happy memories of Luton Town with them and will always hold the club in affection.

This is the last time I will be writing our programme notes because, as you may know, I am stepping down from my role as chairman of Luton Town FC after nine years. It’s a decision I’ve made with some regret, as you can imagine, because I have been indescribably proud to be so closely involved with the club I have loved and followed for nearly 60 years.

It is simply that I have found it particularly difficult in recent times to give the role as much attention as it really demands. Because of varying working commitments and the distance I live from Luton, I have not been able to attend matches or club associated events as frequently as I would like. However, the club has kindly made me a Vice President and I will still be coming to as many games as I possibly can, both home and away. 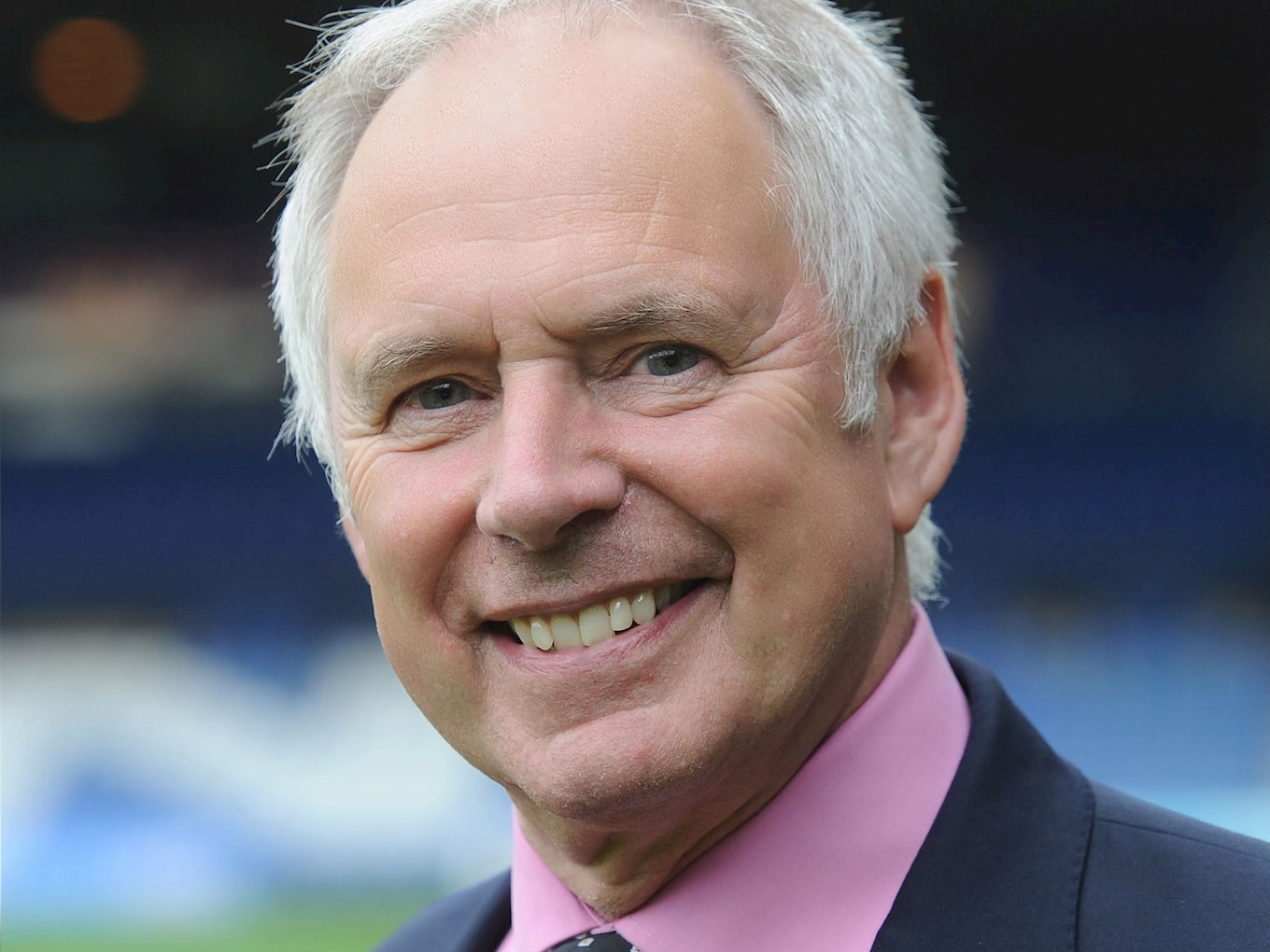 The last nine years have certainly put us all through the mangle, haven’t they? Some terrific highs, some appalling lows, which I suppose epitomises the life of most football fans, but particularly if you are a Hatter!

Becoming involved in the group that saved the club from extinction in 2008 was a thrill and a privilege. Then came that unprecedented penalty of a 30 points deduction from the Football League and the Football Association.

We all accepted that we would be penalised for events that occurred under previous  regimes, quite right, but the outrageous severity of it all, affecting innocent supporters the most, will never cease to infuriate me. It felt harsh and vindictive.

Losing our league place was, of course, shattering, as was losing in the Conference play-offs on three occasions, particularly the finals against Wimbledon and York. Losing on pens in one and falling to an offside goal in the other – agony!

On the other hand, there was the utter joy of winning the Johnstone’s Paint Trophy in such dramatic style at a sunny Wembley in 2009 with Mick Harford in charge – a legend who won at Wembley for us both as a player and manager.

Quite brilliant, even if I did have to encounter the club’s nemesis, Lord Brian Mawhinney, chairman at the time of the Football League. The orange vision that day of 42,000 Luton fans, converging from all over the UK and 20 countries across the world, was an utter inspiration and indicative of our magnificent support and the galvanising effect of how we’d been treated by the authorities.

High on my memory list will be the emergence of Andre Gray. He played for Hinckley United against us in the FA Trophy, created a good impression and ultimately signed for £30,000 in 2012. What a fantastic player he turned out to be. In our glorious Conference winning season, he scored 30 goals, as we blazed our way in glorious style back up to the Football League. He’s had a stellar career since then, way up to the Premier League, which has been very good for us financially because of the astute manner in which his move away from Kenilworth Road was handled. 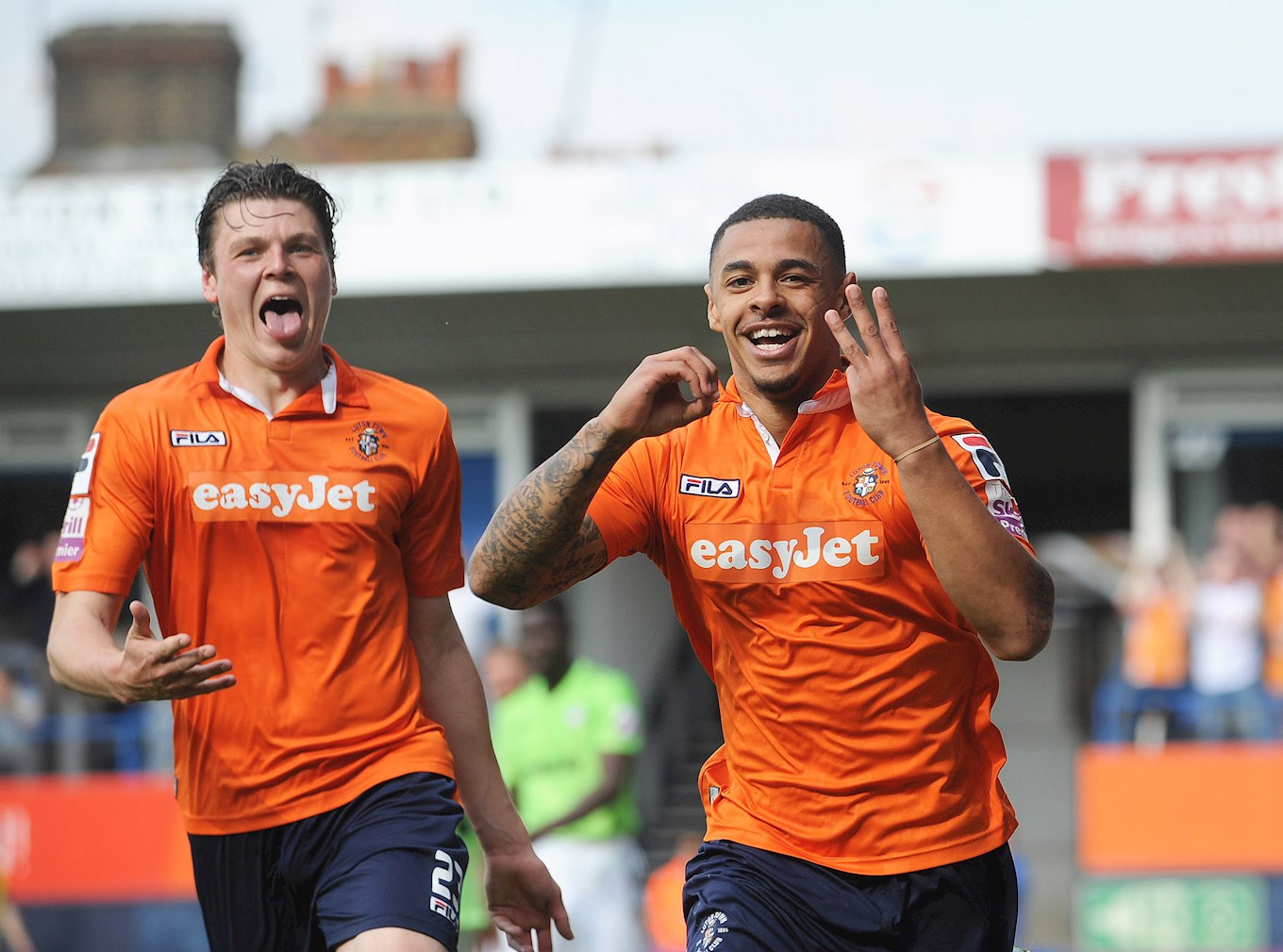 Also, during that time, I treasure getting to know and becoming friends with John Still. He was such a character and did so much with senior players to transform the vibes around Kenilworth Road. There were lots of heroes in and around that squad.

And I must mention the phenomenal efforts of SOLYD, the Supporters of Luton Youth Development, who made sure we kept our wonderful youth policy going, which is paying serious dividends now. Most clubs in our position, out of the FL, would have had to drop it. Thank you, SOLYD.

We never really expected to spend five years in the Conference, so winning the title was all the sweeter. Having said that, I thoroughly enjoyed the experience of meeting diehard football fans and officials at non-league level who work so hard and so selflessly to keep their clubs afloat. Real football people. The same applies, of course, to clubs in the lower reaches of the Football League. I find that much more edifying and appealing than the rarefied environs of the Premier. 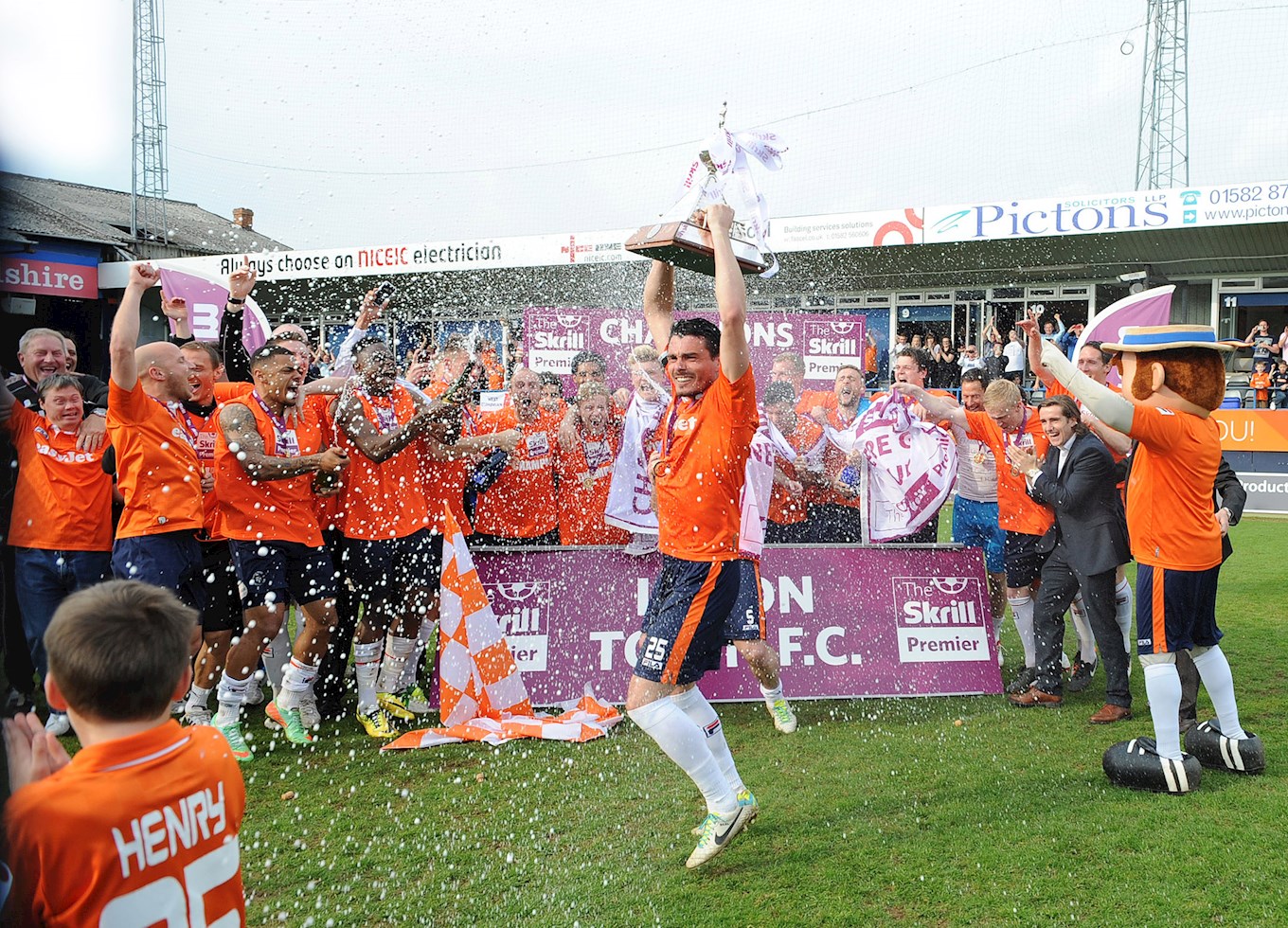 As Luton fans we have the unique attribute – questionable perhaps – of having played league games against a wider variety of clubs than any other. Think about it. From Arsenal to Alfreton, Man U to Macclesfield, Tottenham to Tamworth, Newcastle to Nuneaton – that’s quite a broad CV! In a weird sort of way, I am quite proud of that!

I would like to pay tribute to all those who contributed in such determined fashion to keeping the club afloat during our darkest hours and continue to do so. The investors stepped up generously and selflessly when the club was on the brink. They will all deservedly take their place in the history of this wonderful club.

I am enormously grateful for the way our fellow fans have been so supportive of 2020 (and indeed me) and stayed with the club through the turmoil of the last nine or ten years. Our unwavering support is the envy of many. You are simply amazing! Thank you.

I am proud to say that four generations of my family are part of that support. My father brought me here to my first game in 1958 and I was smitten. My four children are equally passionate and now my grandchildren have started coming to games. Nothing will shake our passion for the Hatters.

Finally, rest assured that 2020, plus those that help them significantly in various ways at the highest level, and the club’s terrific, loyal staff are all committed to creating a stable and glittering future for Luton Town Football Club in a beautiful new stadium a few years from now. No agenda – purely the good of the club and indeed the wider community.

Here’s to a great season. All the best to Nathan, his team of coaches and, of course, the players – enjoy the game, enjoy the season, all the best.