We are delighted to announce that Luton Town have agreed an undisclosed fee for the transfer of attacking midfielder Luke Berry from Cambridge United.

The 25-year-old has signed a three-year contract, with potential for a further year, and joined up with Nathan Jones' squad in time for the journey north to Mansfield for tomorrow's big Sky Bet League Two clash.

Berry, who will wear squad number 18 for the Hatters, is eligible to make his debut at the One Call Stadium.

Berry has been a regular opponent for Town supporters since emerging from the Cambridge youth system when both clubs were competing for promotion from the Conference back into the Football League.

After making his debut in April 2010, the Royston-born midfielder scored 24 goals in 115 starts and 20 substitute appearances in all competitions before leaving for Barnsley in the summer of 2014, when both the U's and the Hatters had been promoted.

Berry netted twice in 37 appearances, seven from the bench, during his one season with the then-League One outfit, before returning to Cambridge in the summer of 2015.

In his two seasons back at the Abbey Stadium, he fired a prolific 35 goals in 99 starts and six sub appearances – a goals to games ratio of better than one in every three, and form that prompted Jones to make his move.

Speaking after sealing the player's signature, the delighted Hatters manager said: "Luke's a player who has been prolific goalscoring wise at this level and he fits the mould of what we want here. 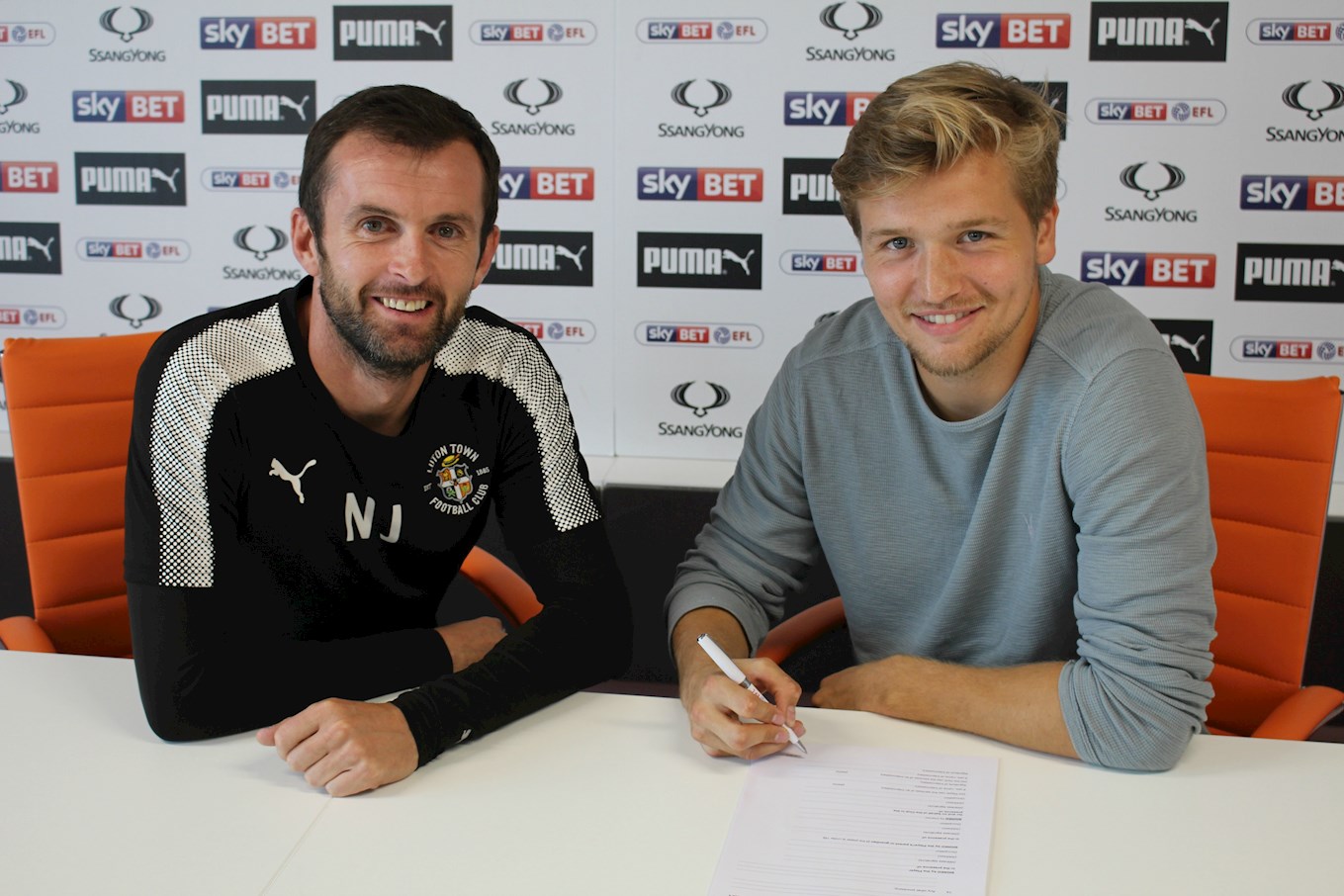 (PICTURED: Town boss Nathan Jones with Luke Berry as he puts pen to paper on a three-year deal with the Hatters)

"He's young, he's ambitious, he's technically good, he gets goals – and he's a little bit like Cameron McGeehan in terms of the way he played, so we are delighted to have him.

"He's another one who adds an attacking option for us from a midfield area, and is someone we've admired and liked for a long time. He's a great acquisition and hopefully he'll prove to be a really successful signing for us."

After his early grounding in Non-League's top division, Berry has impressed in the last two campaigns in the fourth tier – especially last season when he netted 22 times from midfield.

Like many of the Hatters' summer signings, however, he also has valuable experience at a higher level during that 2014-15 season with Barnsley.

"We are thoroughly delighted to add Luke to that group and I thank the board and Gary Sweet once more for their backing.

"As with all of our other signings, we feel he's one that can still improve, and that's a good thing. The scope for him to develop with us is massive and we are looking forward to working with him."

Berry was equally happy to be joining a squad challenging for promotion to the third tier – a level he wants to return to with the Town.

"That's one of the main aspects why I've come," said Berry. "I feel that Luton can really push on this season and get promoted, get ourselves back in League One and hopefully keep progressing from there.

Having played against the Hatters many times, the prolific goalscorer is also looking forward to having the Kenilworth Road faithful behind him from now on.

"It's always a big occasion when you play Luton," he adds. "The fans always create a great atmosphere at Kenilworth Road. I can't wait to feel that atmosphere week in, week out now."

Welcome to the Kenny, Luke! 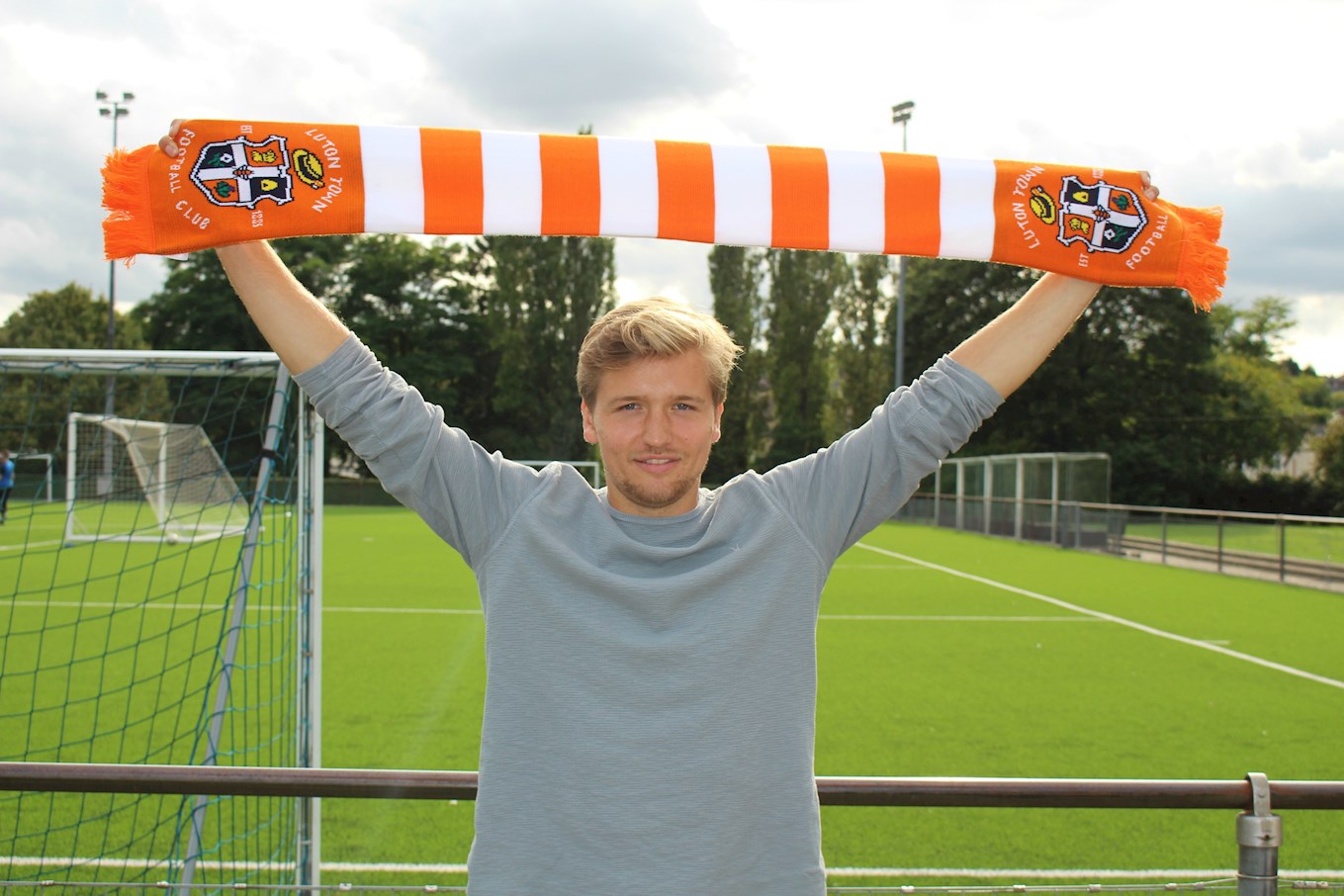