Hatters boss Nathan Jones and his staff were all smiles at the training ground earlier when they received the League Managers’ Association’s LG Performance of the Week award for the 8-2 win over Yeovil Town.

The gaffer was interviewed by Sky Sports’ Russ Taylor for tomorrow’s Soccer Saturday show after being presented with the trophy – the second opening week success in as many seasons after receiving it last year for the 3-1 EFL Cup win over Aston Villa – and a bottle of champagne.

The gaffer being interviewed earlier by Sky Sports about the LMA's LG Performance of the Week award for tomorrow's @SoccerSaturday #COYH pic.twitter.com/k64Rwuw2D2

Then he fetched the rest of his coaching team – from left to right, assistant-manager Paul Hart, goalkeeper coach Kevin Dearden, first-team coach Joaquin Gomez and head of sports science Jared Roberts-Smith – for a picture on the artificial pitch at The Brache. 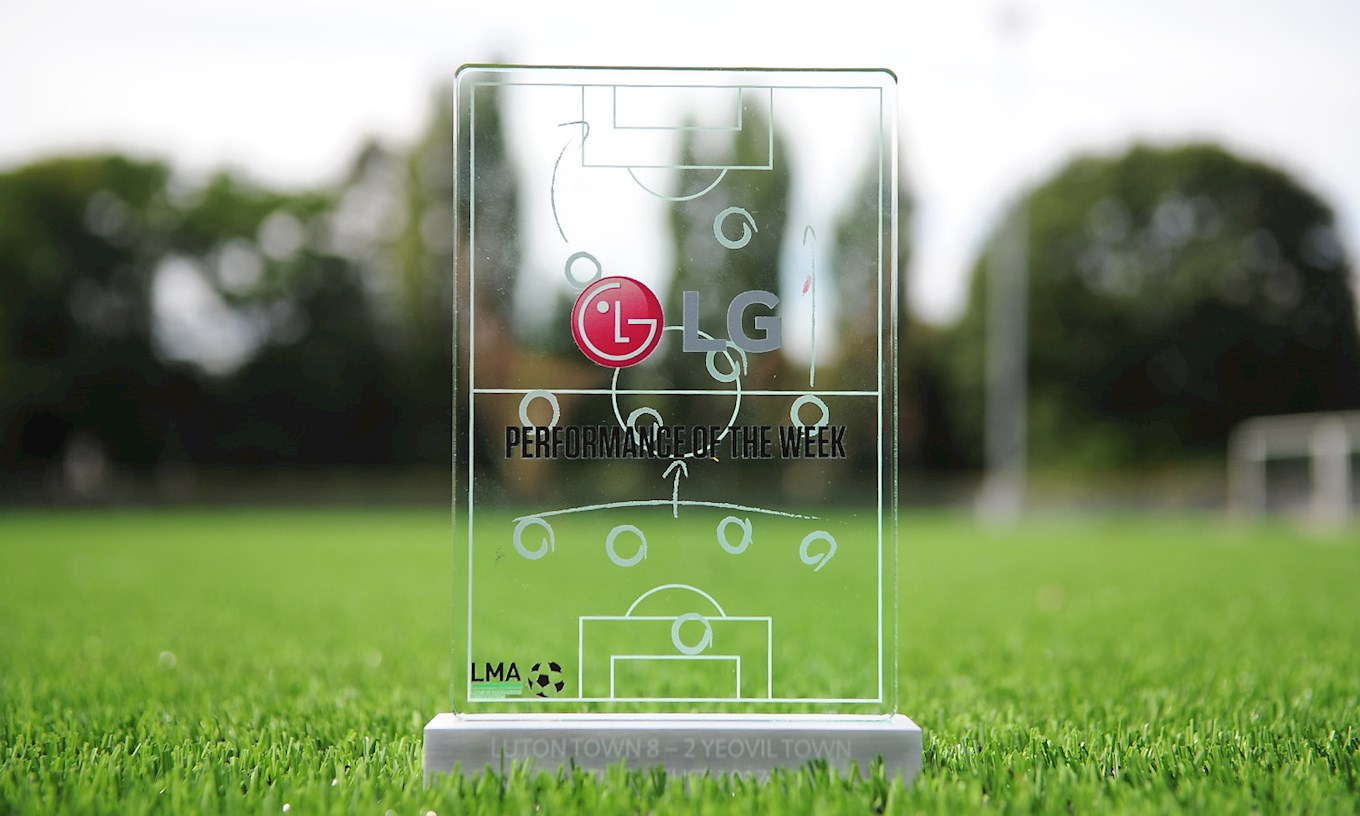 Nathan said: “It’s important that we share awards like this because it’s a team effort off the pitch as well as on it here at Luton Town.

“We had an excellent pre-season and that continued into Saturday, when some of our attacking play was phenomenal and our finishing was clinical.

“That’s not just down to me. We all play our part here. I have fantastic staff who work tremendously hard to provide a culture and environment where every player is learning and developing every single day.

“Hopefully that will continue to manifest itself on the pitch throughout the season as it did so wonderfully last Saturday.”

In case you've forgotten how the award was earned, check out the video below!