The Hatters are back in action following the conclusion of the international break as they face Blackburn Rovers on Saturday.

Sat in 12th position with five games gone, Nathan Jones’ side travel to Ewood Park looking to win away from home for the second match in succession, having secured victory against Barnsley last time they were on the road. 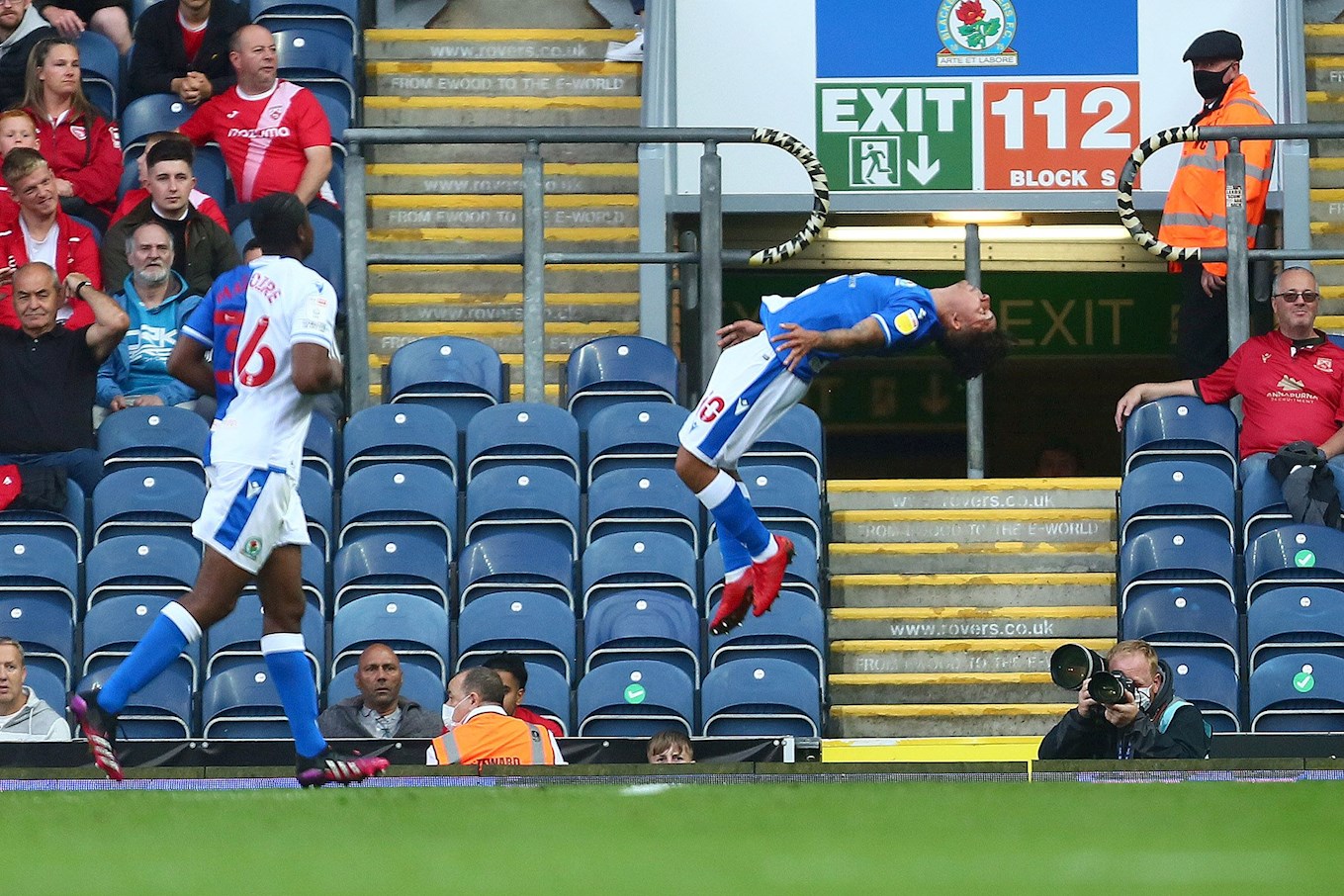 Blackburn are a point better off and two places higher coming into the weekend’s match, having claimed two wins and two draws from their opening fixtures.

They have scored and conceded in every league and cup match thus far, which could lead to an exciting encounter at Ewood Park.

Nathan Jones admitted he felt ‘physically sick’ after a late defeat against Blackburn when the two sides last went to battle.

The Hatters were on the right side of the result when fans were last permitted inside the stadium however, thanks to goals from James Collins and Matty Pearson.

For international supporters, live video stream will not be available for iFollow Hatters subscribers, apart from in the dark market territories where the EFL do not have an international broadcast partner – listed HERE.

We apologise to any of our overseas-based supporters inconvenienced by this move by EFL Digital, who will be automatically refunding any match passes that had already been purchased. 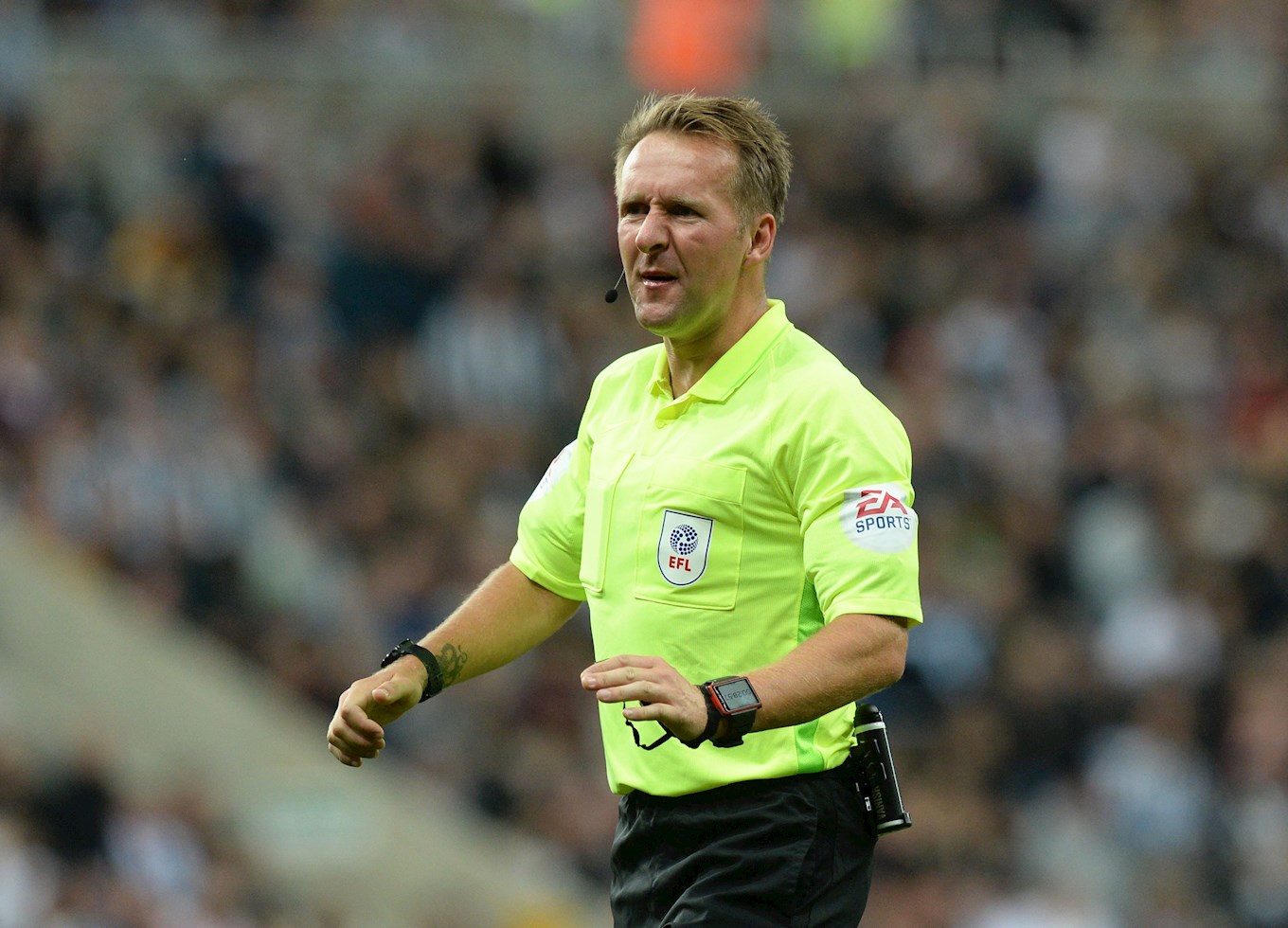 Oliver Langford is the man in the centre on Saturday afternoon, as he was for our away victory against Barnsley last month.

He dished out five yellow cards that evening, 16 in total during his six matches as the official this season.

The injury and illness-depleted Hatters came from 2-0 down to grab a last-gasp point in a feisty encounter at Blackburn this afternoon.

Substitute Luke Berry scored twice on his first appearance of the season, including an equaliser eight minutes into injury-time, to pull the Hatters back to 2-2 after two quickfire Blackburn goals had put the hosts 2-0 up at half-time, courtesy of Tyrhys Dolan and Harry Pickering.

The Town produced a never-say-die performance in the face of adversity and a poor refereeing decision that should have seen Blackburn forced to play with ten men for more than 80 minutes after their captain Darragh Lenihan escaped a straight red card for an awful challenge that forced Allan Campbell off.

With his initial selection, manager Nathan Jones made three changes to his starting line-up from the goalless draw with Sheffield United.

Coming into the side for his first start of the season was Dan Potts, while Admiral Muskwe and Cameron Jerome were picked to return in attacking roles.

That changed just before kick-off with Muskwe dropping out having pulled up in the warm-up, with Carlos Mendes Gomes coming in for his first Championship start.

Also returning to the matchday squad for the first time this season were captain Sonny Bradley and midfielder Luke Berry, both named among the substitutes.

Amari'i Bell and Fred Onyedinma missed out through injury, while striker Elijah Adebayo woke up unwell on the morning of the game and had travelled home.

Mendes Gomes made a bright start, releasing Pelly-Ruddock Mpanzu through the middle of the pitch. The midfielder in turn set Harry Cornick free, but the Town forward was ushered out to the byline by Daniel Ayala for a corner.

Within the first ten minutes, the Hatters' ranks were depleted further when Allan Campbell became the victim of a shocking over-the-top challenge by Darragh Lenihan, although referee deemed it worthy of only a yellow card and the Rovers captain remained on the pitch, while our Scottish midfielder had to be taken straight down the tunnel.

Henri Lansbury came on in his place, and almost immediately the midfielder sprayed a lovely ball out to James Bree, whose cross found Cornick

The hosts took the lead in the 26th minute when Ryan Nyambe raced down the right and cut a ball back that took two deflections off Mendes Gomes and Potts, before landing at the feet of Tyrhys Dolan, who placed his shot into the roof of Simon Sluga's net.

It was two by the 31st minute, when Harry Pickering latched onto Ben Brereton Diaz's pass into the box and finished low past Sluga into the bottom corner.

The Town tried to regroup and mounted a response, Gabe Osho lashing a volley that was well off target, before a patient build-up presented him with the opportunity to shoot from 25 yards, but his low effort was comfortable for Thomas Kaminski to gather in the Blackburn goal.

Jones was forced into another change at the break, Bradley coming on in place of Potts, who had landed heaving on his head and shoulder in a challenge towards the end of the first half.

The opening five minutes of the second half produced almost as many yellow cards, Dolan punished for diving in the box under a challenge from Lansbury, before Sluga and Brereton Diaz went into the book for a shoving match on the edge of the area and Jerome for catching Lenihan with an arm in an aerial challenge.

When football prevailed, Naismith met Lansbury's corner with a firm header in the 55th minute, only for it to be cleared off the line, before Jerome steered his header into the top corner as the ball came back into the six-yard box via Mpanzu, this time Langford penalising the striker for a push.

Blackburn broke up the other end and Brereton Diaz struck a post in the 56th-minute, before Osho became the next player into the book for a late challenge on Lewis Travis.

Berry was introduced in place of Mendes Gomes just before the hour, and he hit a volley into the ground - and well wide - as the Town looked to exert some pressure after Rovers' Sam Gallagher had been shown a yellow for a high challenge on Lansbury, who had also been booked minutes earlier for a foul.

The Hatters had a golden chance to get back into the game with 20 minutes to go when Cornick pounced on a loose ball in just inside his own half and burst forward, playing Jerome in to his right as he approached the penalty area, but the experienced front man's placed effort was turned away by Kaminski's left boot.

The deficit was halved in the 73rd minute, however, when Bree nodded Bradley's cross-field ball into Mpanzu's path, the midfielder cut the ball back from the byline and Berry got in front of Nyambe to poke his finish past Kaminski, via a deflection off the Rovers right-back.

Sluga got down low to his left to keep out a shot from Nyambe in the 84th minute, with Burke helping out to clear the danger from the rebound.

There was still time for referee Langford to be replaced by fourth official Andy Haines, due to injury, then Sluga having to race off his line to deny Brereton Diaz with a point-earning save before Osho got back to block Gallagher's follow-up.

Then came the moment we had waited for, deep into injury-time, as Berry got on the end of a knock-down to steer in his second and the equaliser to secure a point that the Hatters thoroughly deserved. 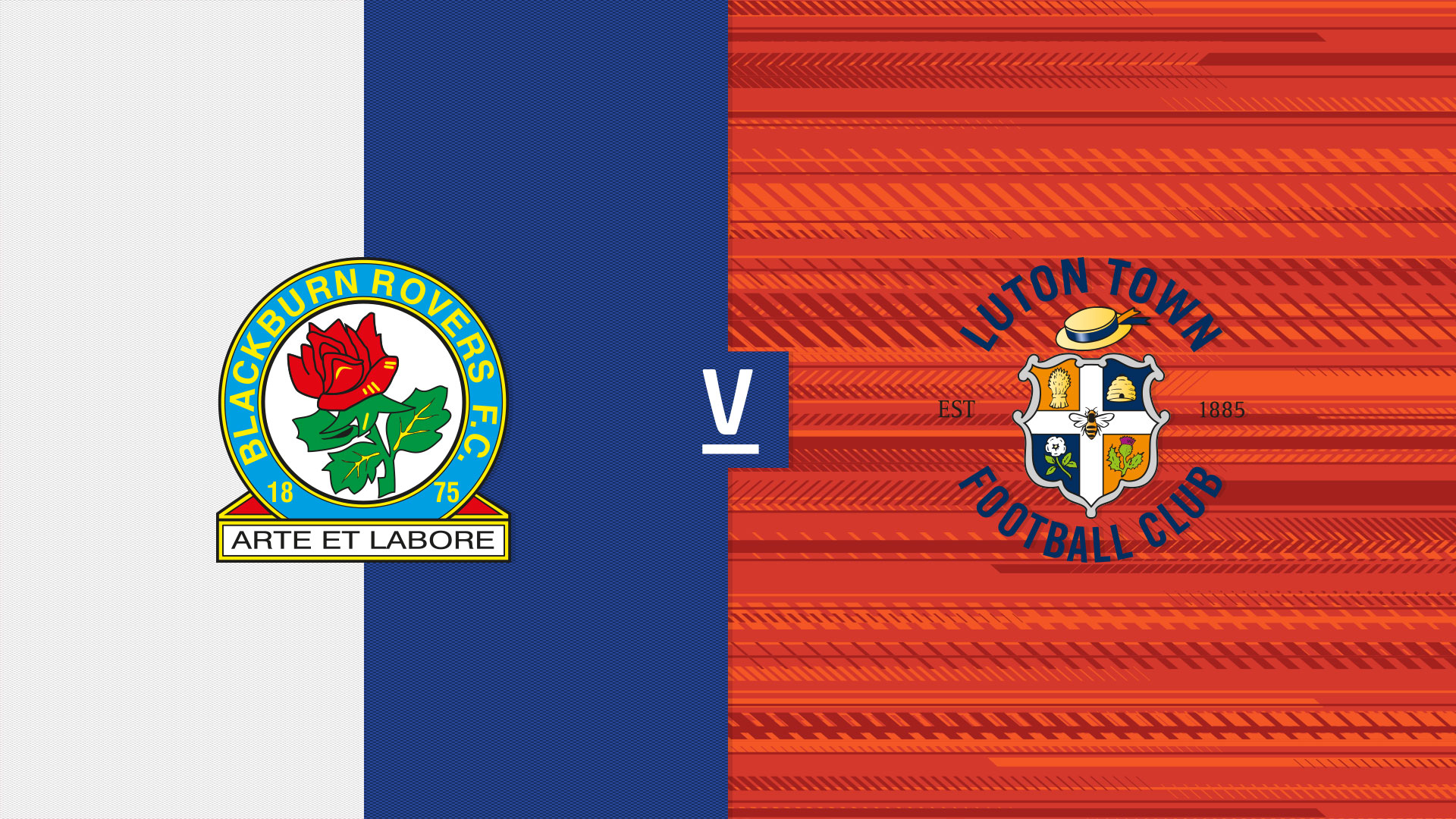 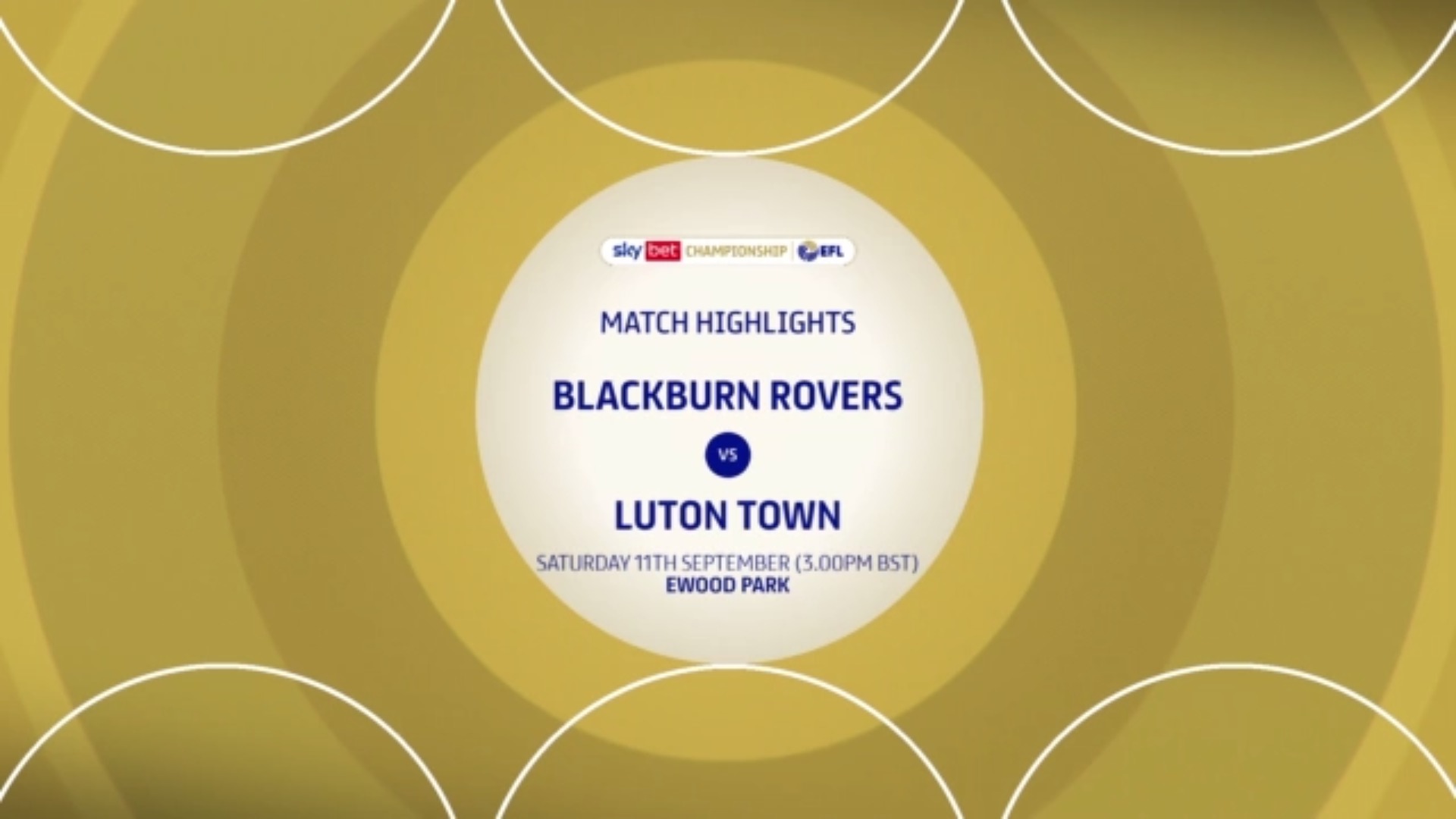 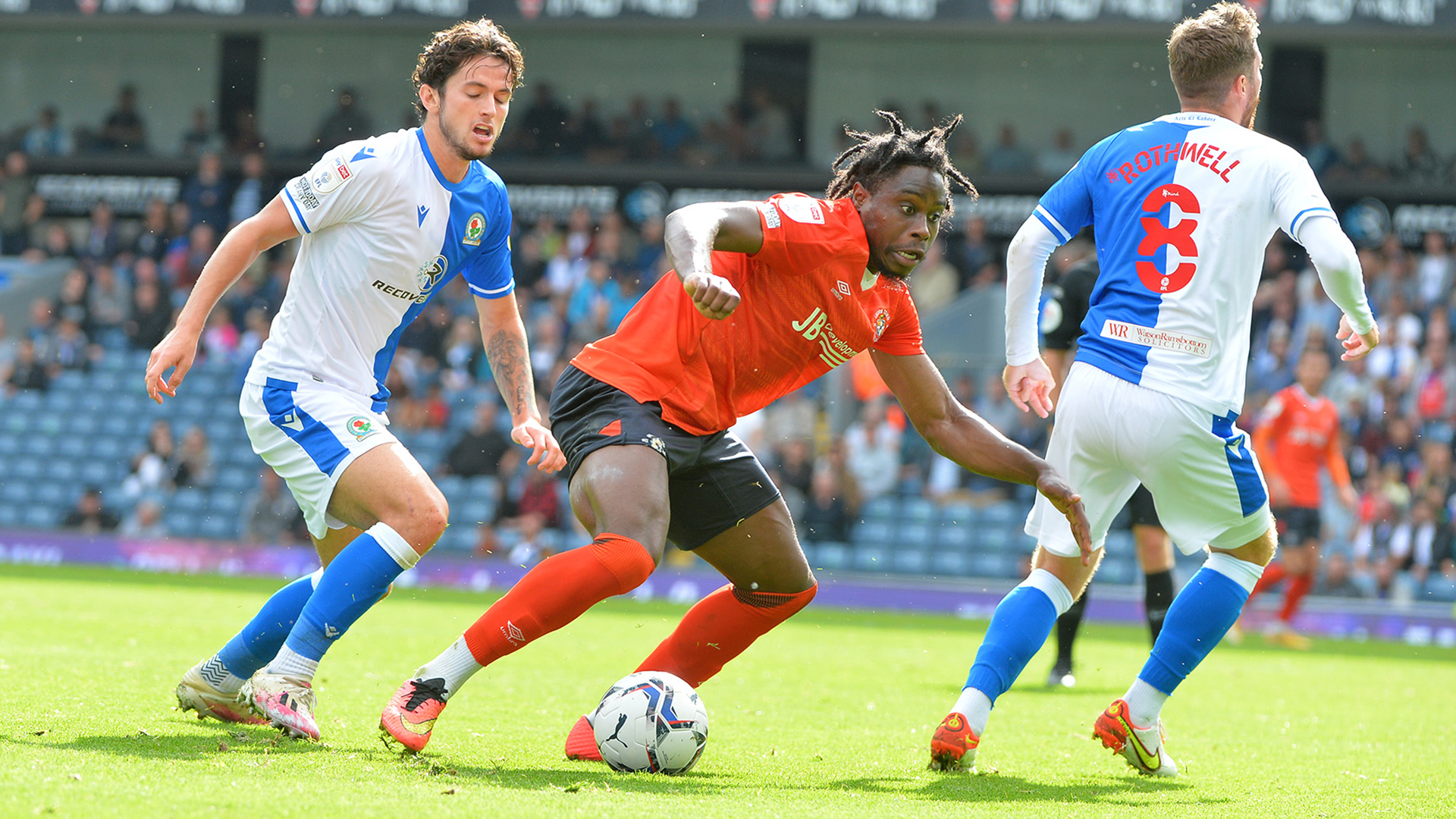