Luton Town turn their attention back to league action and face a long trip to the Riverside Stadium to take on Middlesbrough.

Saturday's meeting will be a real test for Nathan Jones' side against another play-off hopeful who are currently two points and two places below Luton in the Sky Bet Championship table. 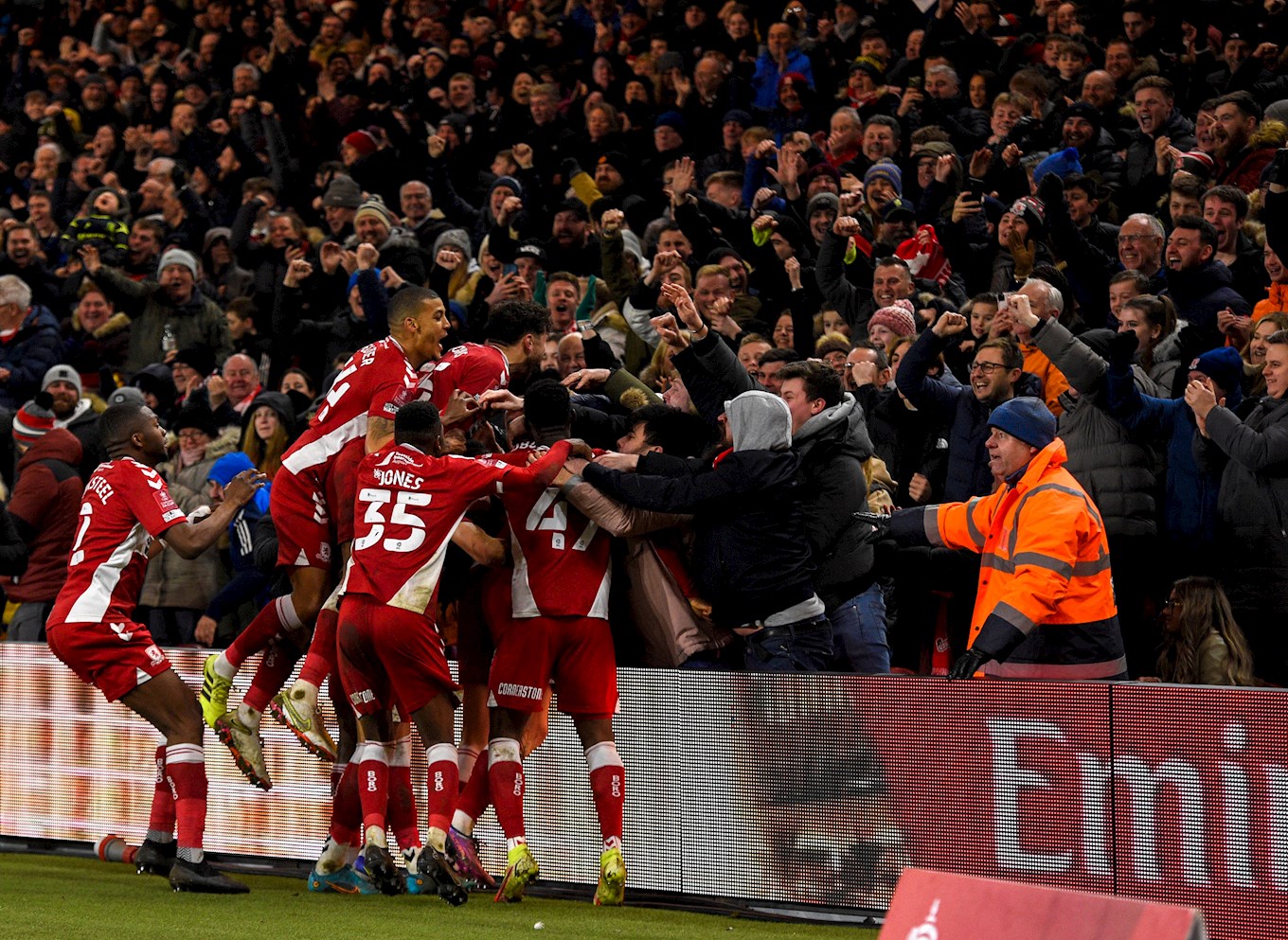 After midweek success against Tottenham Hotspur in the FA Cup, confidence will be high in the Middlesbrough camp as they look to return to winning ways in the league.

It was defeat last time out for Chris Wilder's side against struggling Barnsley but prior to that, had picked up form in the league, with two wins and a draw from their last five matches.

The Hatters scored three goals within five sensational minutes to stage a brilliant second half comeback to beat Middlesbrough at Kenilworth Road.

Josh Coburn had put the away side in front before Sonny Bradley, Elijah Adebayo and Harry Cornick all found the back of the net in quick succession.

Highlights from November's meeting can be found via our YouTube channel below...

Supporters wishing to support the boys at the Riverside Stadium can purchase tickets on the day of the game from the away ticket office. More information - click HERE. 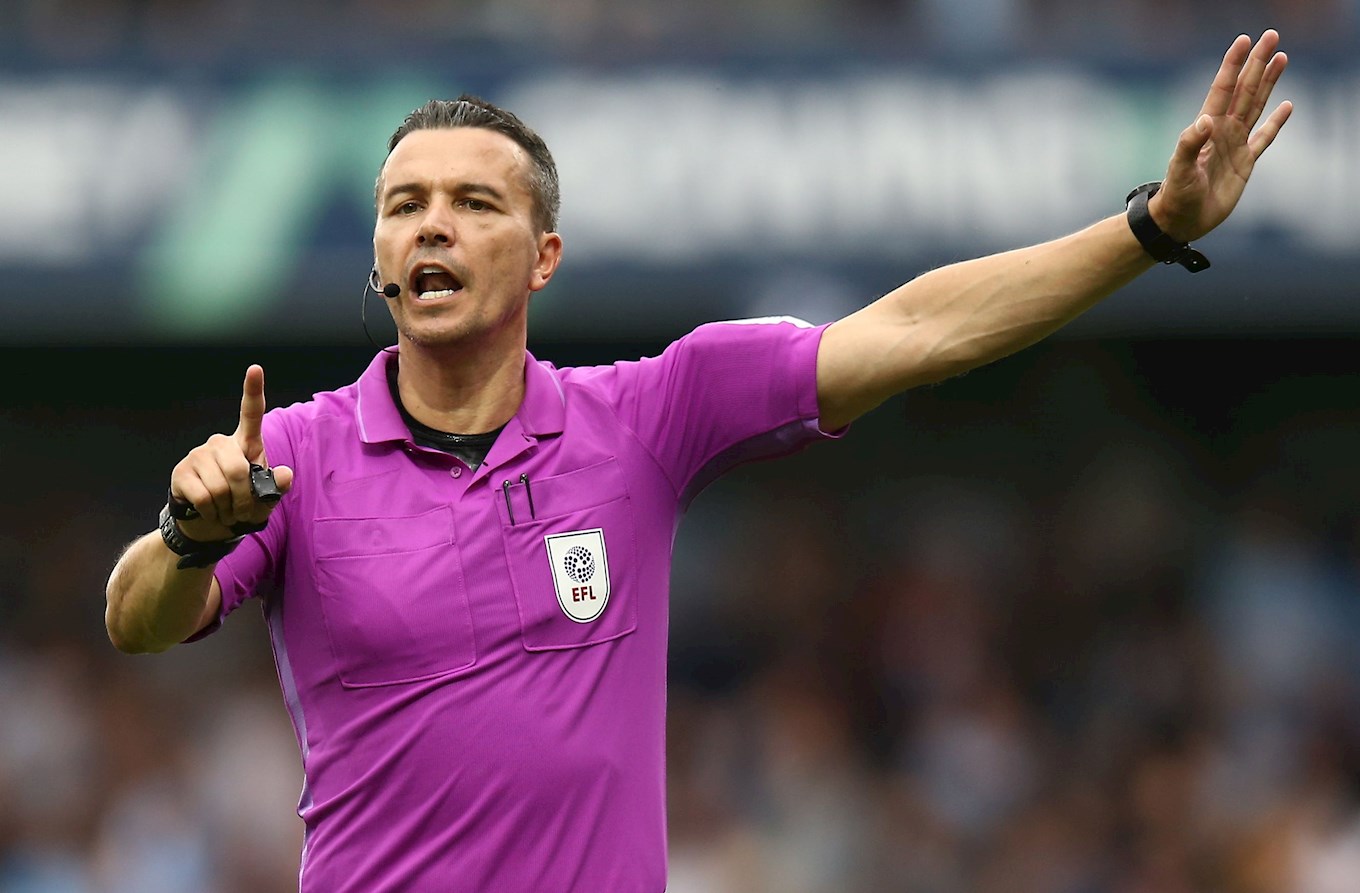 The man in the middle on Saturday afternoon is Dean Whitestone who most recently took charge of our 2-0 away defeat against Preston North End earlier this season.

Whitestone has officiated 26 games in total this season, handing out 74 yellow cards and one red in the process.

The Hatters' three-match winning run came to an end at the Riverside as fellow play-off chasers Middlesbrough moved back into the top six.

In a scrappy and at times heated encounter, Boro recorded a ninth successive home win in all competitions thanks to Paddy McNair's first-half penalty and sub Duncan Watmore's late effort, despite a late consolation from Harry Cornick in added time.

Manager Nathan Jones made three changes from the side that last played in the Championship, in the 1-0 win over Derby a week ago.

Alex Palmer made his Luton debut after arriving on an emergency loan deal yesterday with Harry Isted on the bench.

The two further changes were in attack, with Danny Hylton and Cameron Jerome brought into the starting eleven to support Elijah Adebayo.

Jordan Clark was back in the league matchday squad for the first time since the defeat against Sheffield United in January as the Hatters, who dropped to seventh after the Blades' 1-1 draw with Nottingham Forest on Friday night, sought to reclaim their place in the play-off positions with a positive result this afternoon.

The hosts took a 17th-minute lead from the penalty spot, when Reece Burke was penalised for a trip on Arsenal loanee Folarin Balogun. McNair stepped up to send Palmer the wrong way from 12 yards.

Jerome became the first player from either side to be shown a yellow card two minutes later, for a late challenge on Anfernee Dijksteel, and it was the veteran striker who had the Hatters' first sight of goal just after the half-hour.

Allan Campbell went on a trademark driving run into the Boro box and slipped the ball to his left, where Jerome stabbed it goalward just ahead of the sliding challenge from Dijksteel, but couldn't direct it either side of keeper Joe Lumley, who saved well.

Henri Lansbury came on in the 38th minute, in place of Gabe Osho, who was injured by Boro midfielder Matt Crooks falling on him as the Town man slid in to make a challenge by the corner flag. Isaiah Jones shot over from the edge of the box as the Hatters battled to clear the corner.

Ten minutes after half-time the Hatters came close to levelling with a double chance, Adebayo finding himself free in the penalty area but denied by Lumley, before Jerome towered above everyone to meet Bree's corner at the far post, only for the Boro keeper to save again.

Hylton had just been shown yellow for a foul on Crooks, and Lansbury was next for a late challenge on Jones as the Boro wing-back looked to race away down their right.

Naismith was next to go off through injury, replaced by Clark, before Campbell joined his fellow Scot after being caught in an aerial challenge, with Cornick coming on in his place with 20 minutes to go.

Palmer had to make his first save from an overhead kick from outside the box from one-time Town loanee Aaron Connolly, then Lansbury fired high over the bar at the other end as Boro dealt with a long throw from Cornick.

Middlesbrough got a second in the 87th minute strike from Watmore, beating Palmer at his near post after cutting back from the byline, before Cornick struck in the 96th minute of added time, but it was too little too late for Jones' men.

We have received an initial allocation of 820 seats for our fixture at Middlesbrough on Saturday 5th March.

Supporters who have requested an Away Season Ticket this season will receive one ticket for this fixture. Seats will be reserved, then payment will be taken, and your ticket dispatched on Thursday 24th February unless otherwise advised.

If you do not require a ticket for this game or require additional tickets, please email ticketoffice@lutontown.co.uk to advise.

Disabled supporters will be charged their relevant age category with a carer free of charge. 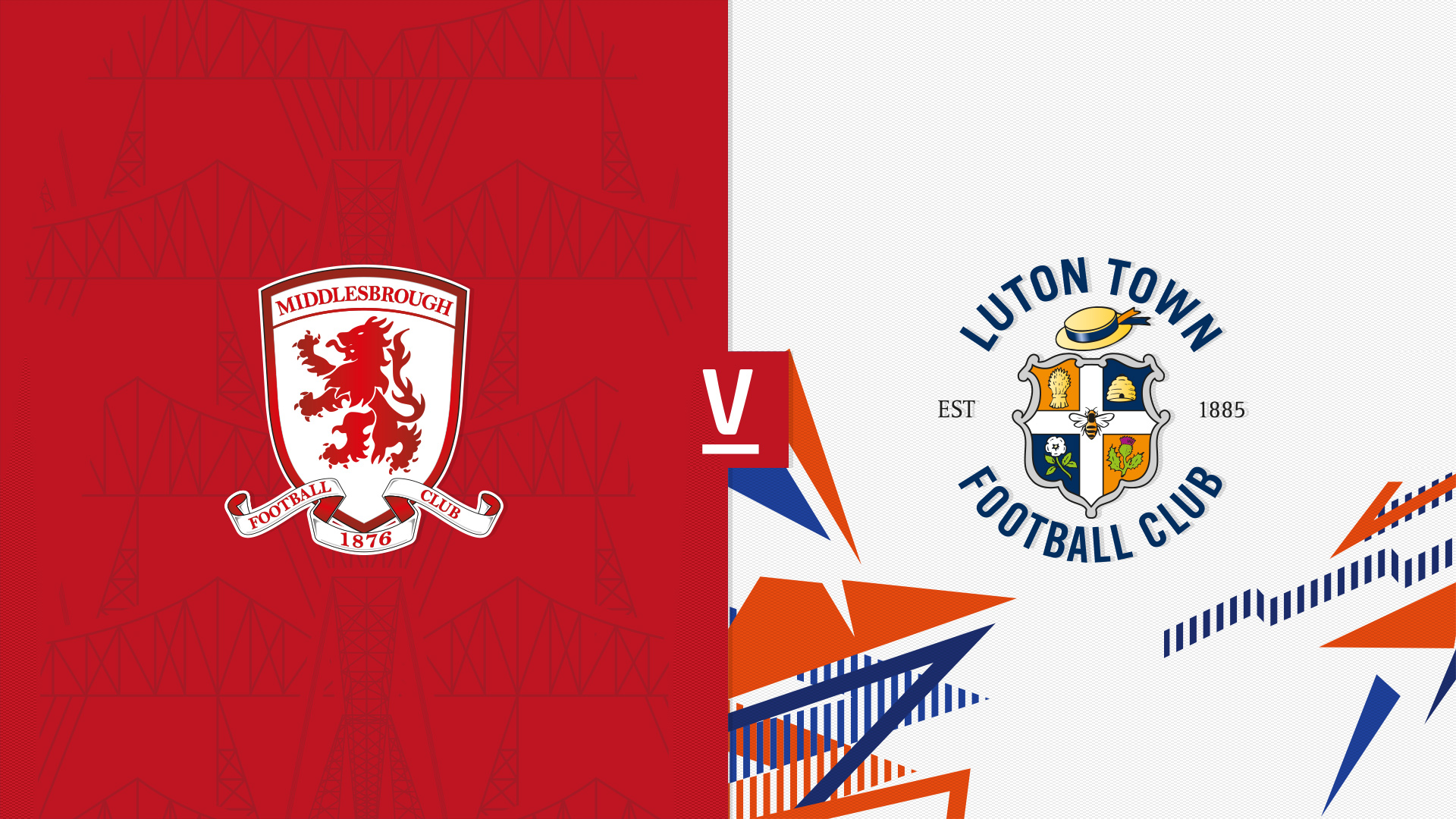 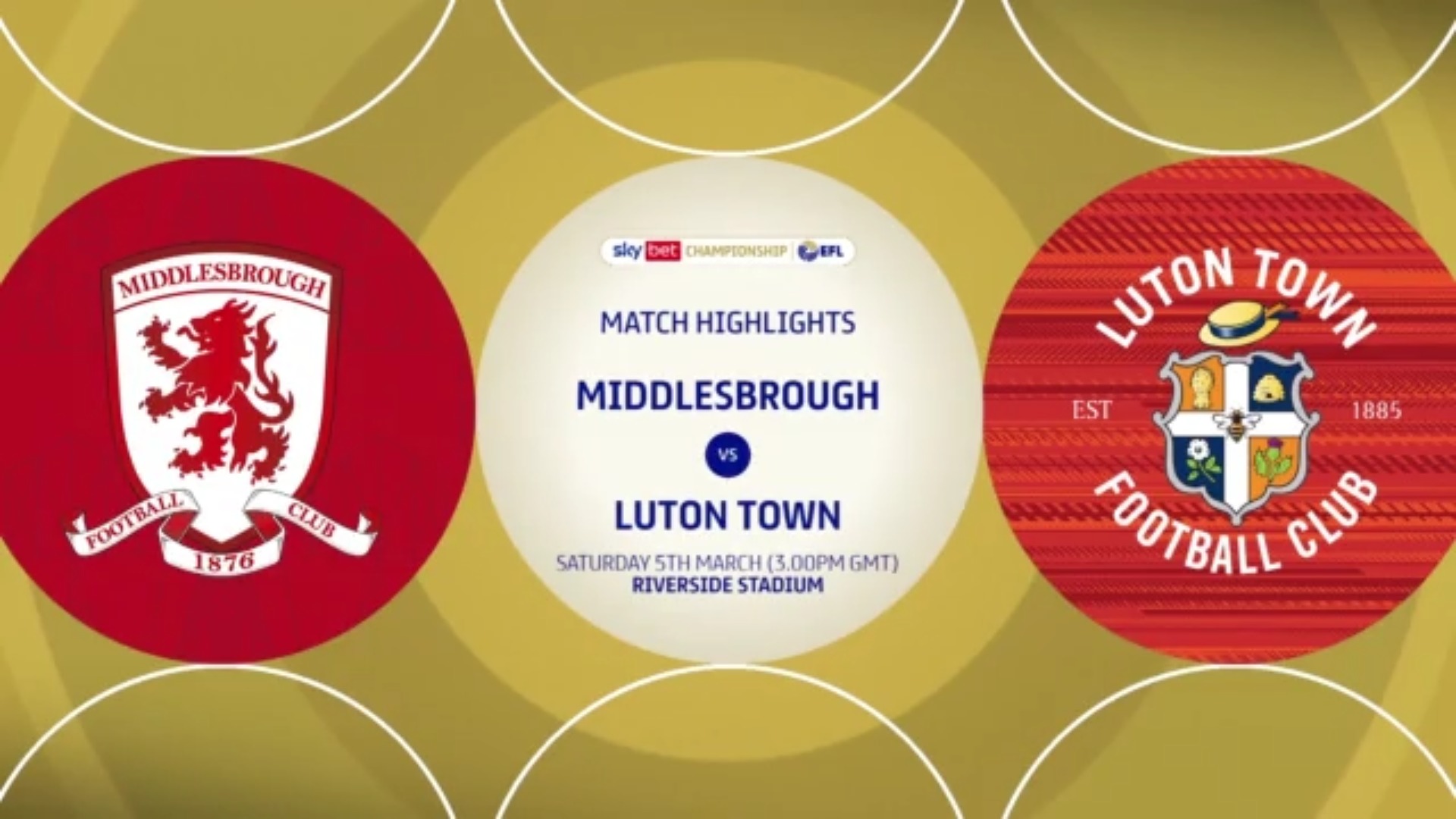 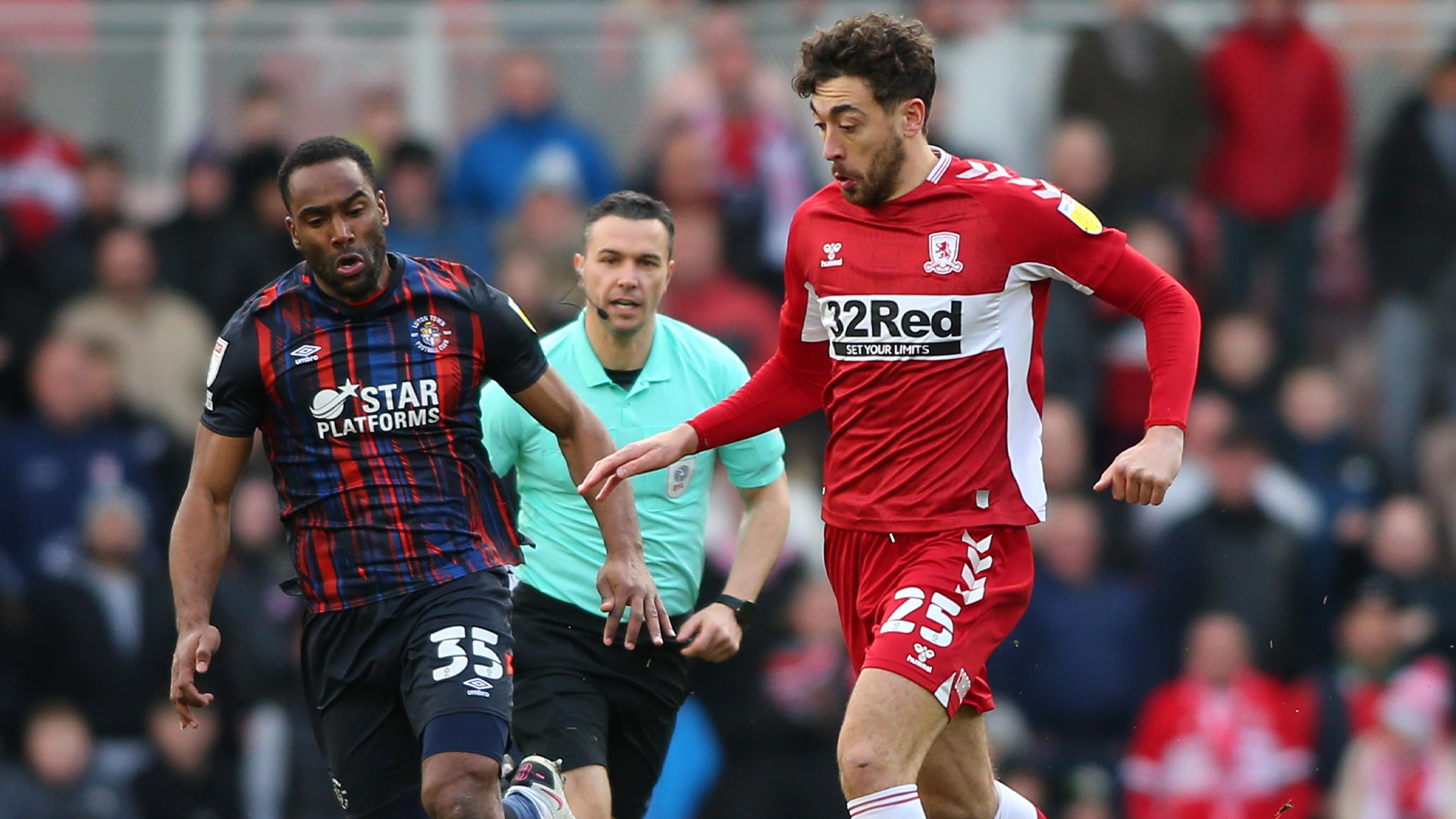