Nathan Jones' side will hit the road once again as they prepare to face Sheffield United on Saturday afternoon.

On the back of wins against AFC Bournemouth and Reading this week, it's a chance to secure nine points from a possible nine against a tough Sheffield United side. 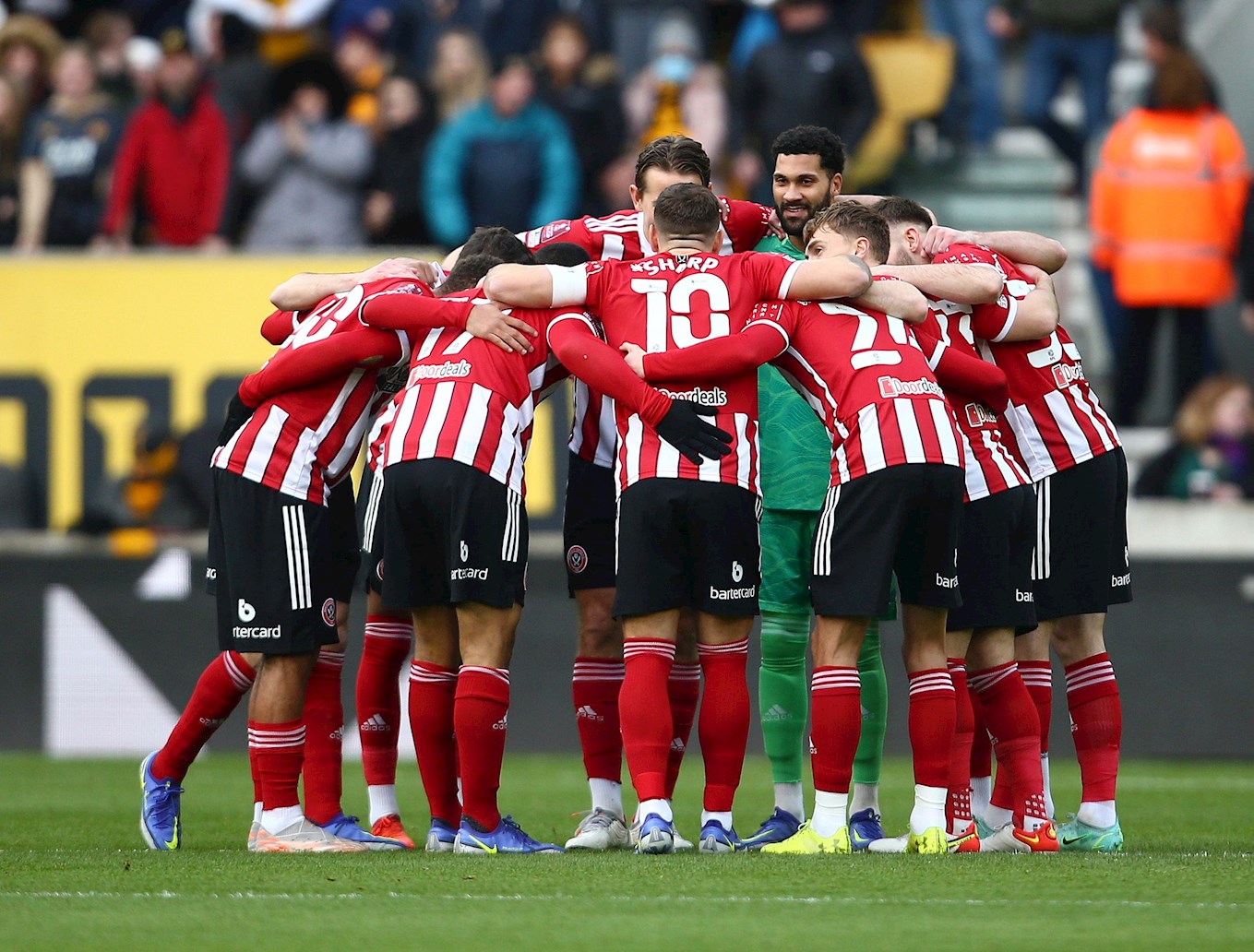 Sheffield United are currently one place and two points below the Hatters heading into the match having drawn their last game against Preston North End, conceding a late equaliser at Deepdale.

Billy Sharp has been their man goal-threat once again this season, with eight goals and six assist to his name thus far.

The two sides played out a goalless draw at Kenilworth Road in August 2021, the first meeting between the teams since 2006. 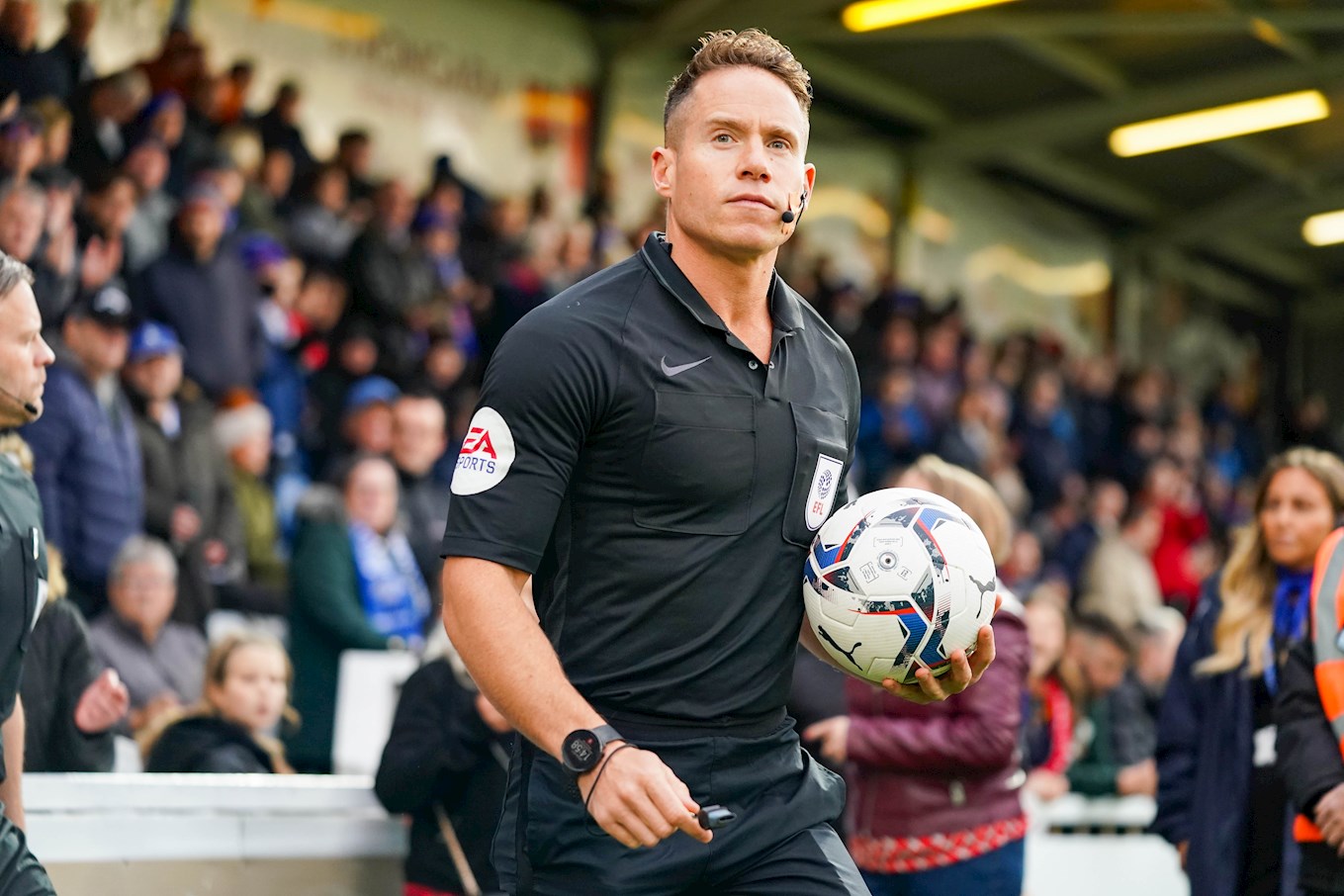 The man in the middle on Saturday is Stephen Martin, who last refereed the Hatters during the 5-0 win against Coventry City earlier this season.

Martin has taken charge of 19 matches this term, dishing out 68 yellow cards and three reds in the process.

The Hatters' five-match unbeaten run came to an end at Bramall Lane as two quickfire Sheffield United strikes early in the second half gave the Blades all three points.

Town were already trailing to two goals inside three minutes from Rhian Brewster and Jack Robinson, when central defender Reece Burke was sent off for pulling Brewster back when he was in on goal with half-an-hour still to play.

Manager Nathan Jones had made two changes to the side that won 2-0 at Reading in midweek, with Admiral Muskwe starting up-front alongside Cameron Jerome following Zimbabwe's exit from the Africa Cup of Nations, in place of Elijah Adebayo who was amongst the subtitutes.

Henri Lansbury came into midfield ahead of Jordan Clark as the gaffer freshened up his side with the Hatters searching for their third win of the week.

It was the Blades who continued to dominate possession in the opening stages, Rhian Brewster shooting straight at Shea on 16 minutes before the ex-Liverpool youngster fizzed a 25-yarder just past the post a couple of minutes later.

The Hatters strung together their first move of note on the half-hour, when Pelly-Ruddock Mpanzu played a one-two with Allan Campbell on the edge of the Blades' area, then fed Peter Kioso to slide in a cross from the right, but home keeper Wes Foderingham got down low at his near post to keep out Jerome's effort.

Town had the ball in the United net six minutes before half-time, but Sonny Bradley's header from Henri Lansbury's free-kick - after Amari'i Bell had been tripped surging down the left - was ruled out by an offside flag.

The Blades ended the half as they started it, trying to find a way through a Hatters backline that was being organised brilliantly by the captain with Burke and Kal Naismith either side of him, Shea fielding another weak effort from Brewster with two minutes to go until the break.

Three minutes after the restart that changed, when Bogle's wayward cross-shot landed at Brewster's feet in the middle of the Hatters' box, and the 21-year-old managed to lash a right-footed shot past Shea from ten yards out.

Three minutes later it was two, when Robinson was left with the freedom of the Town box to meet Oli Norwood's inswinging free-kick from the left with a firm header past Shea.

Jones wasted no time in introducing Adebayo from the bench, bringing the top scorer on for Jerome in the 53rd minute - although it was Shea who was next to be tested, again by Brewster, whose volley was saved well by the foot of his near post.

By the hour mark the manager had thrown Jordan Clark into the mix in place of Bell, but the afternoon went from bad to worse in the 62nd minute when Burke was shown a straight red card by referee Stephen Martin for dragging Brewster down when he looked to be clear on goal.

Before play restarted, Jones brought Gabe Osho on for Muskwe, but it was Norrington-Davies who was next to have a go, his 64th-minute shot from the edge of the box flying high over the bar, before Norwood did likewise from 30 yards out.

Norrington-Davies was determined to try to get on the scoresheet, but after a far post header was too high, a left-footed half-volley was deflected behind by Osho for a corner and a shot with his weaker right foot was skewed well wide, with Blades skipper Billy Sharp sending an 83rd-minute shot into the side-netting in between.

Town never looked like reducing the deficit, in honesty, with four games in a fortnight appearing to catch up with them after the Covid-enforced winter break and another of those rearranged games against Bristol City to come back at Kenilworth Road on Tuesday night.

We have received an allocation of 2,725 seats in the Bramall Lane Lower Stand for our fixture at Sheffield United on 22nd January.

Sheffield United are currently advising that there is no pay on the day available, meaning supporters must book tickets by midday on Friday 21st January.

Any remaining tickets will be available on general sale from Tuesday 11th January online, by phone and in person. They will remain on sale, subject to availability until 12 Noon on Friday 21st January.

Ambulant / Wheelchair are charged at £21.00 or the age-related price if lower with a Carer free of Charge with middle of full rate DLA or PIP. 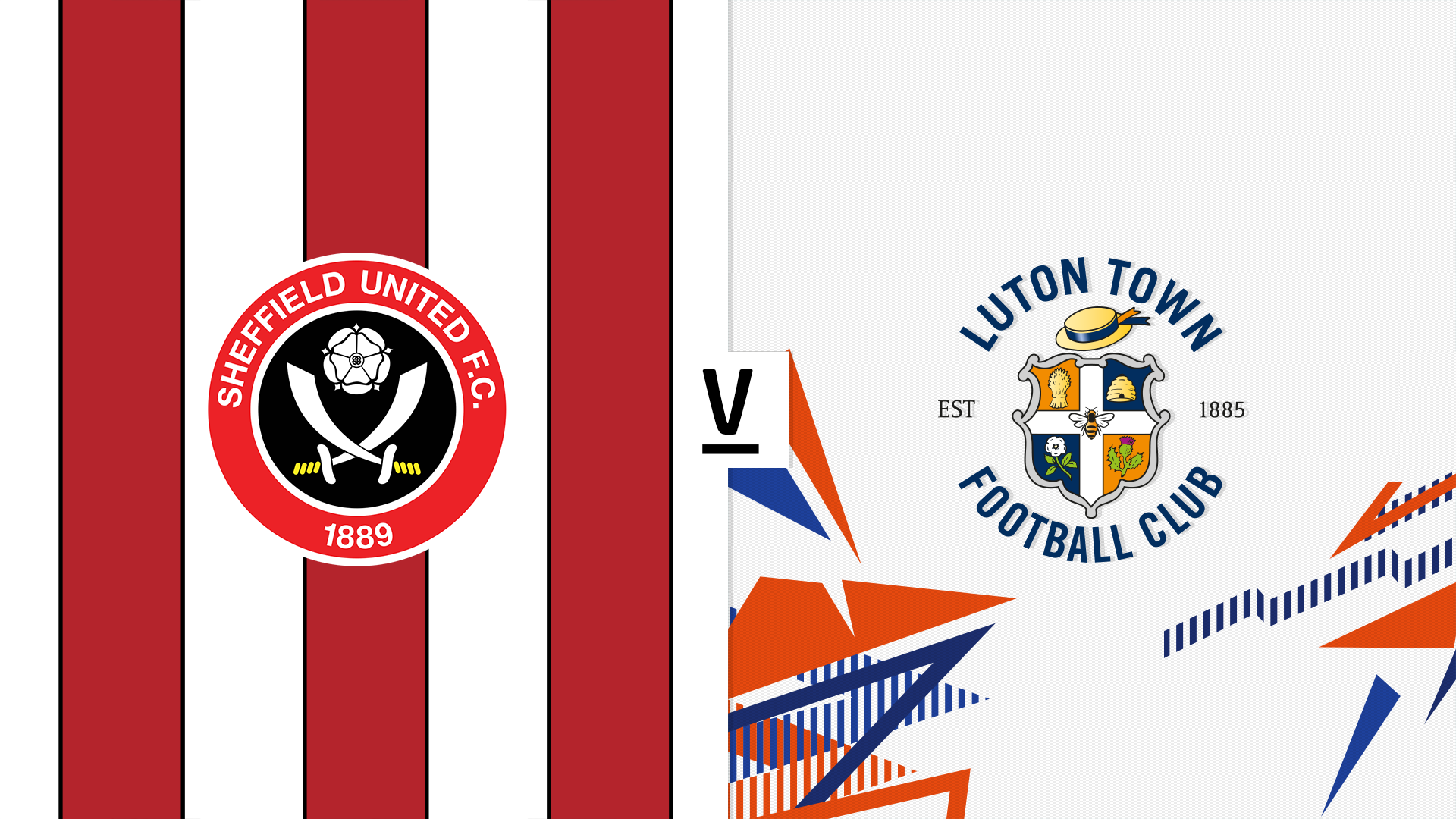 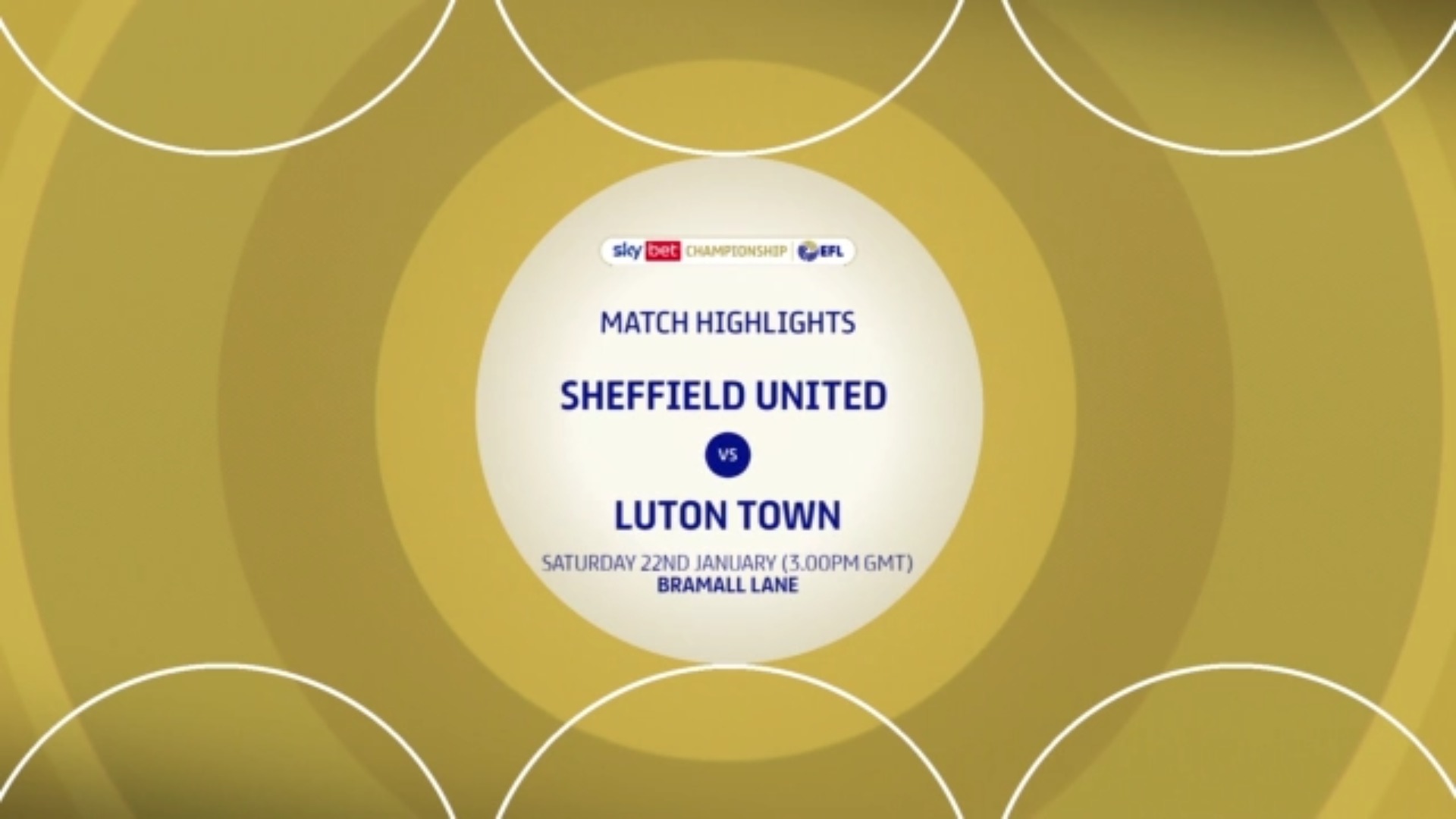 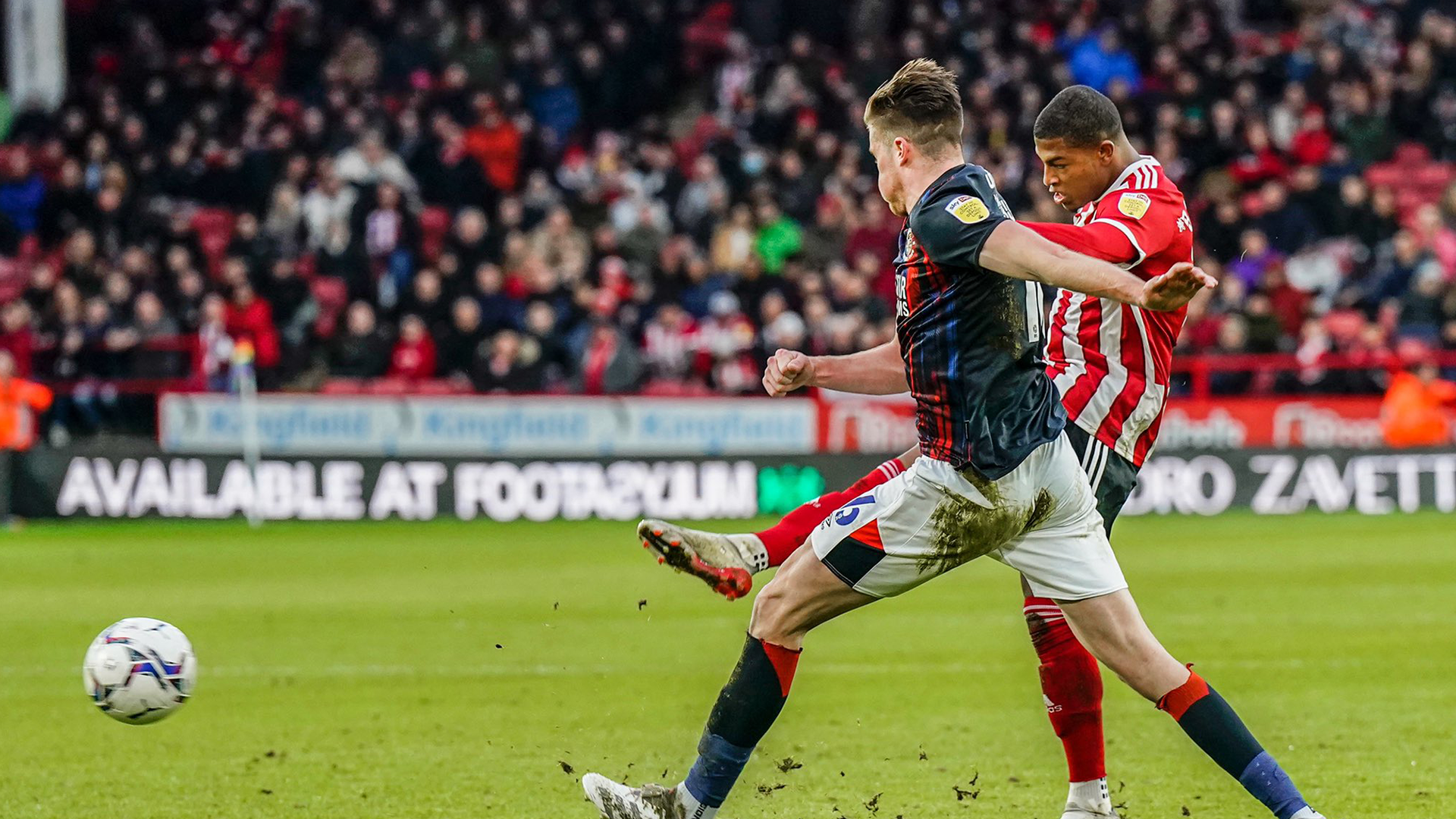