The Hatters are back in action with Millwall the visitors to Kenilworth Road on Saturday afternoon.

Hoping to recapture their superb form prior to the international break, the third place Hatters will look to strengthen their play-off hopes against the Lions who suffered defeat against Stoke last time out. 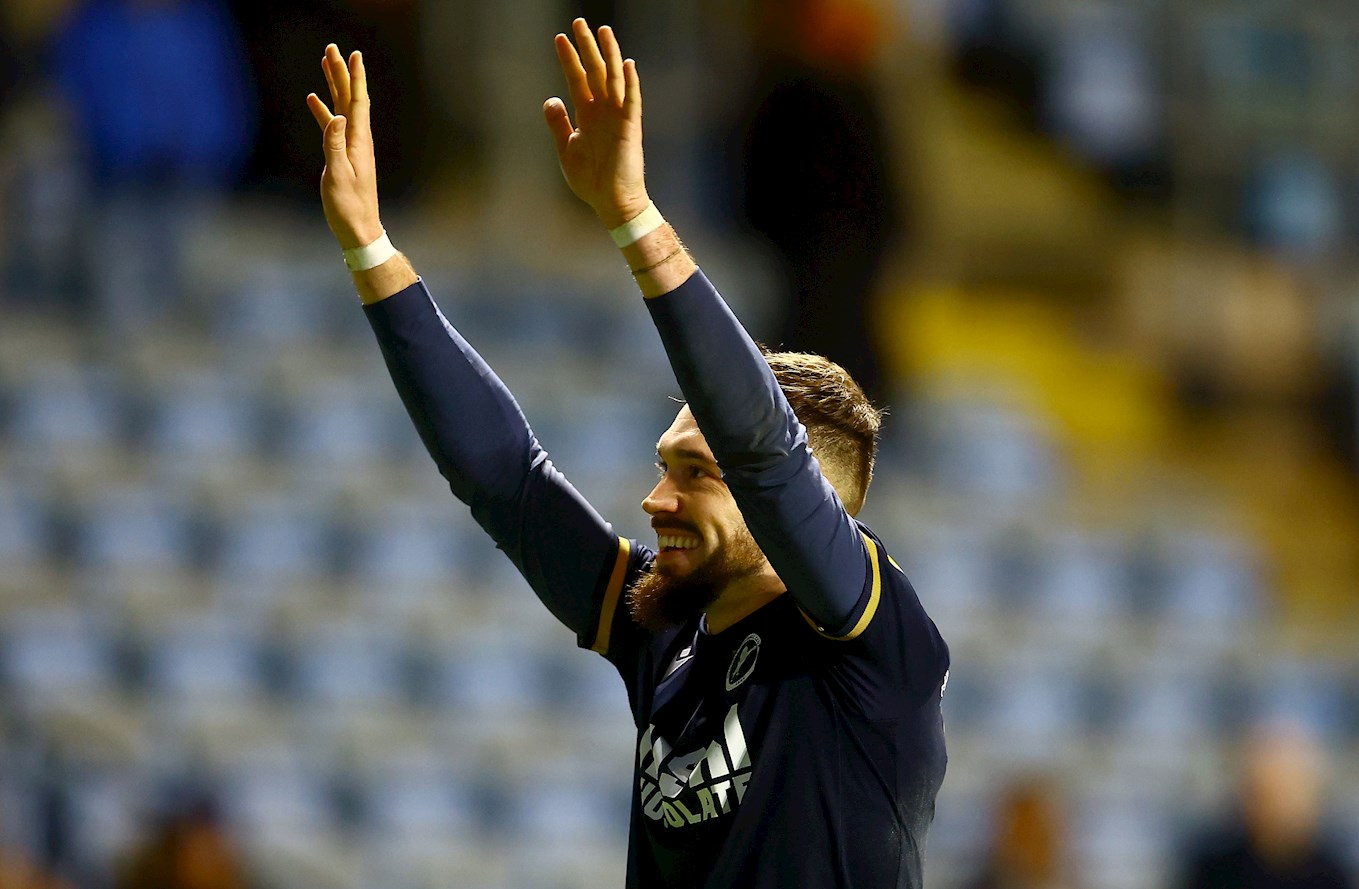 Four points off the play-offs, Millwall are in a strong position to mount a top six push in the remaining matches. A 2-0 loss against Stoke ended an impressive eight-game unbeaten run in the Sky Bet Championship, a run they will hope to mount once again during the business end of the season.

Striker Tom Bradshaw (pictured above) made his return against the Potters prior to the international break having missed the previous 12 matches and could make a big difference in their run-in after scoring seven goals in 16 games earlier this campaign.

Harry Cornick bagged a brace and Simon Sluga pulled off a superb penalty save as the Hatters were victorious against Millwall in the last meeting.

A goal in both halves from the forward moved the Hatters back into the top half of the table and highlights from that match can be found on our YouTube channel below...

However, fans can tune into Simon Pitts’ match commentary by purchasing an audio pass for a single game or a month. Prices for both options can be found HERE. 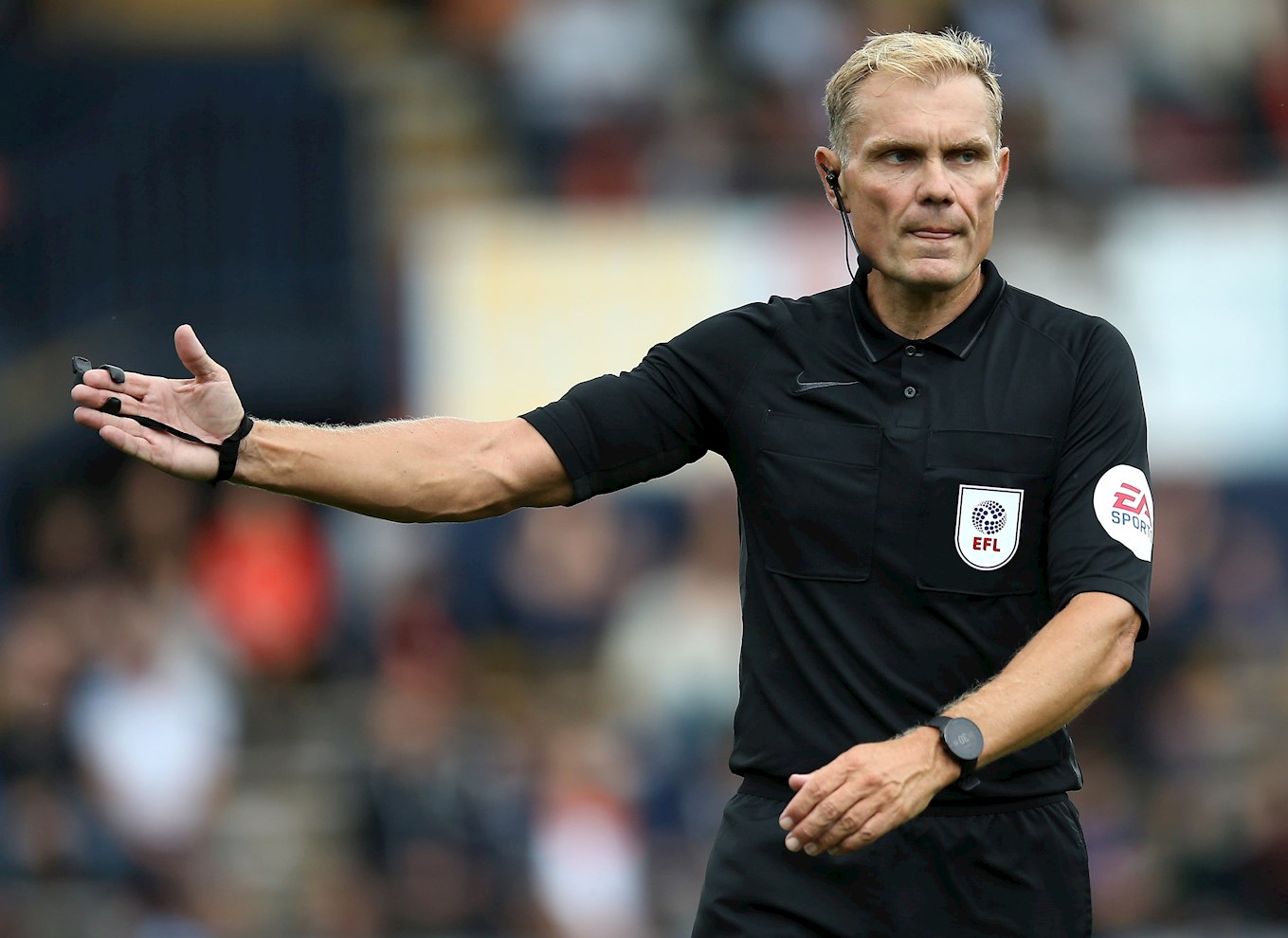 The man in the middle on Saturday afternoon is Graham Scott who took charge of Luton’s 1-1 draw against Saturday's opposition last season behind closed doors.

Scott, who is largely seen taking charge of Premier League matches, has officiated 18 games this season, dishing out 58 yellow cards and three reds in that time.

Luton Town had to come from a goal behind on two occasions, as the Hatters recorded a 2-2 draw at home to Millwall.

Tom Bradshaw put the Lions ahead, before Elijah Adebayo’s side-footed effort meant the two sides were level at half-time.

Benik Afobe restored Millwall’s lead with less than ten minutes left, but Town would claim a point after George Cooper’s headed own goal.

Nathan Jones made four changes from the win against Hull before the international break. Kal Naismith and Tom Lockyer returned in defence for the Hatters. Henri Lansbury and Pelly Ruddock-Mpanzu came into Town’s midfield, in place of Luke Berry and Jordan Clark.

After a quiet opening 25 minutes at Kenilworth Road, the away side would go in front with the first effort on goal for either side. Bradshaw found the bottom corner with his effort.

The Millwall goal seemed to be a wake up call for Town, as they pressed for an equaliser. And they’d only be behind for less than ten minutes, with Adebayo finding the equaliser. After some superb passing, Amari’i Bell’s pass was perfect for the striker, who found the bottom corner via the post.

In a first half of few chances, Jed Wallace fired a free-kick well over James Shea’s crossbar, as the two sides went in level at the break.

The Hatters had the first chance of the second half. Harry Cornick reacted quickest to latch onto a through ball, but Bartosz Bialkowski did well to keep the effort out.

Scott Malone came close with an effort for the visitors. The ball fell to the Millwall player from a corner, and his curling effort went over the crossbar.

Town made their first substitution of the game just after the hour mark, as Fred Onyedinma was introduced for Cornick.

Millwall would regain the lead with just under ten minutes remaining. Oliver Burke found Afobe in the area, who beat Shea with a side-footed finish.

Jones made two changes after the goal, with Cameron Jerome and Robert Snodgrass coming on for Dan Potts and Mpanzu.

And Town would grab another equaliser. From a Snodgrass free kick, the Hatters would find the back of the net after Cooper headed beyond his own goalkeeper.

Both sides went in search of a winner, but the game would end as a draw with the Hatters now in fourth place ahead of Tuesday's match against Peterborough United.

Tickets will be on sale from Thursday 10th March to Diamond Season Ticket holders (to use their vouchers).

Diamond Season Ticket holders will be able to purchase tickets via phone, in person or email to ticketoffice@lutontown.co.uk.

From Monday 14th March tickets will be available to supporters with a previous purchasing history.

The Price Category for this fixture is Category B: 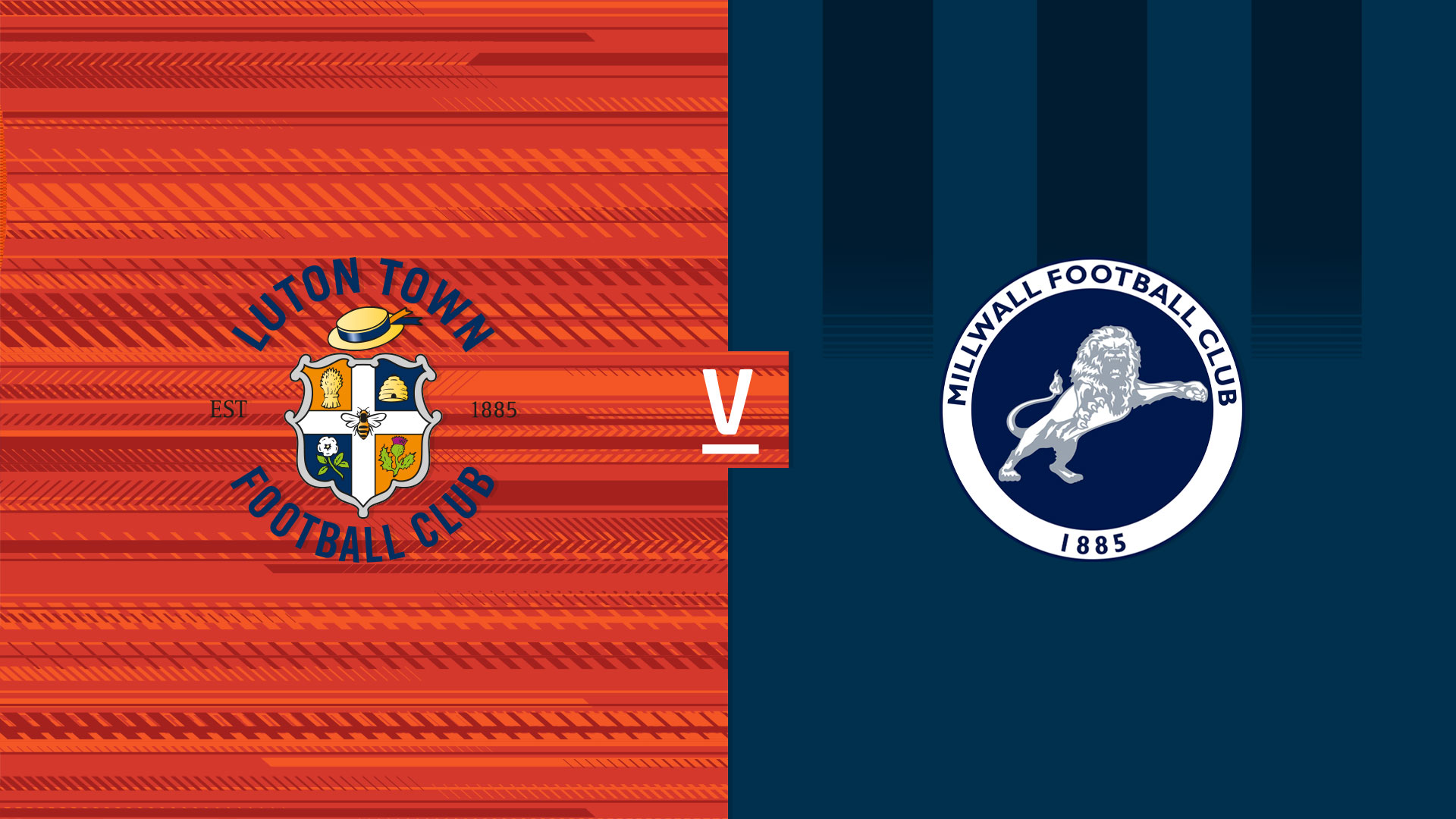 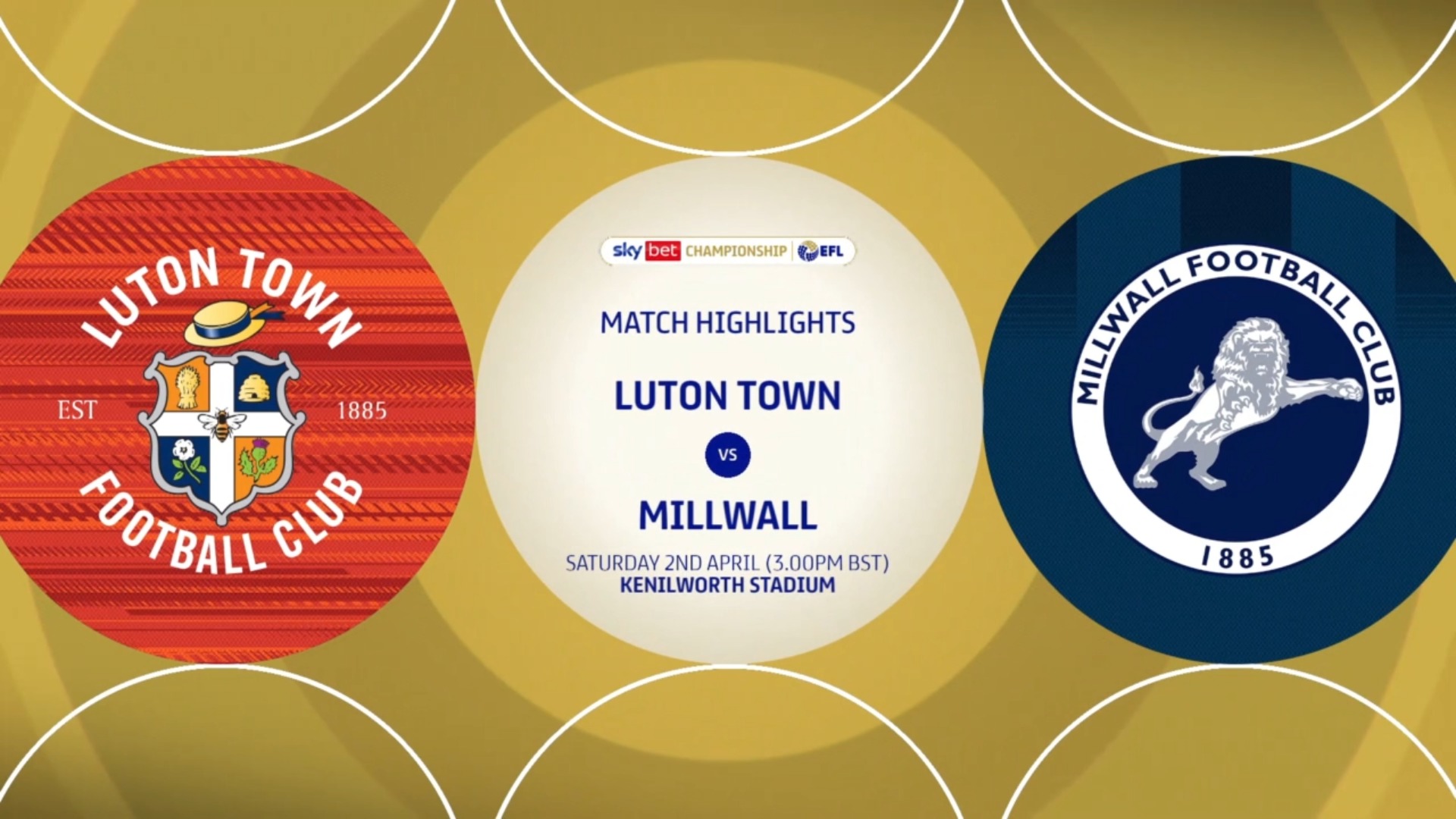 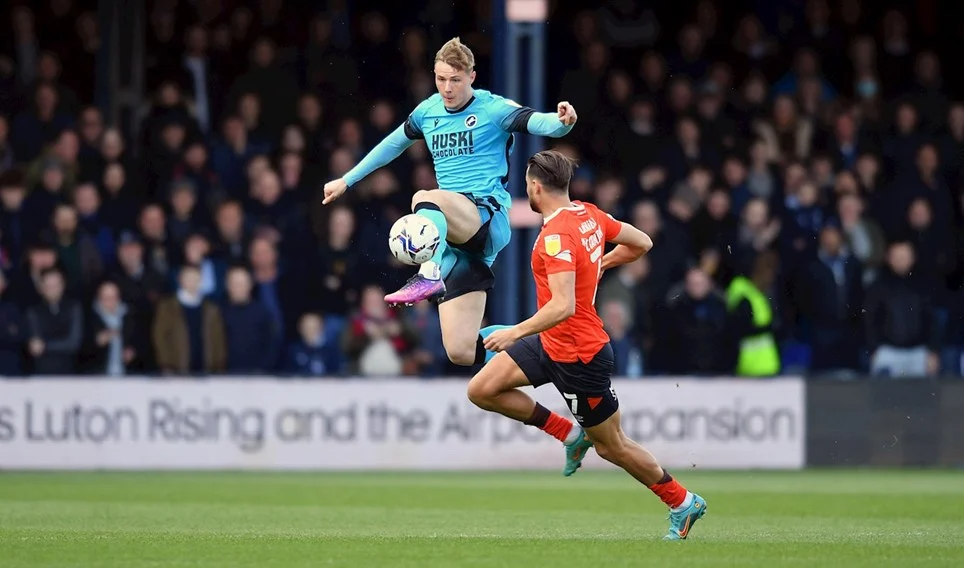