The Hatters suffered a 1-0 defeat to promotion-chasing Swansea City in today's lunchtime kick-off at Kenilworth Road.

Manager Nathan Jones made five changes from last week's defeat at table-toppers Norwich, with Elijah Adebayo returning to lead the line, whilst there was a start for James Bree at right-back for the first time since defeat against Stoke City.

Pelly-Ruddock Mpanzu was alongside Ryan Tunnicliffe and Kiernan Dewsbury-Hall in midfield, and Harry Cornick was the fifth change, back in the starting line-up after playing his part from the substitutes' bench last weekend.

The Hatters came close to taking the lead in the third minute when Pearson's flick-on was cleared off the line and Naismith's follow-up was held on the line by goalkeeper Freddie Woodman.

Swansea raced straight up the other end and grabbed the earlty advantage themselves seconds later, Yan Dhanda cutting back from the left byline for Hourihane to place his shot past Simon Sluga from eight yards.

Town responded well and Jordan Clark went close on 11 minutes, picking up the ball as Swansea struggled to clear a corner and playing a one-two with Tunnicliffe before bending in a low right-footed shot that just failed to come back enough.

Dan Potts headed home what he thought was the equaliser two minutes later, meeting a Cornick cross from the right, but replays showed the linesman's flag was correctly raised for offside.

Adebayo was also causing problems, bursting to the right byline and blasting a cross-shot that Woodman did well to repel with his foot, before the visiting keeper cleared the ball straight to Mpanzu in the 20th minute, but managed to back-pedal and push the midfielder's 35-yard first-time chip wide for a corner.

The Hatters were playing some cracking football, and after a period of possession on the left between Adebayo, Clark and Dewsbury-Hall with half-an-hour gone, the latter whipped in an inviting cross that Cornick couldn't get a clean head on six yards out.

Naismith was having another excellent game as the middle man of three centre-halves, Pearson and Potts either side of him, as the Hatters went in search of the equaliser after the early set-back.

Potts was soon leaving the action, carried off on a stretcher after suffering a head injury in an accidental collision with Hourihane that caused a seven-minute delay.

With Martin Cranie on to the right of the three centre-halves, and Pearson moving into the middle, Town started the second half as they'd spent most of the first - on the front foot.

Adebayo whipped in a low cross that was just too far in front of Cornick, then Naismith curled a free-kick over the bar after Pearson had been fouled, before Adebayo flashed a shot wide and headed Mpanzu's cross straight at Woodman, who was booked for persistent time wasting over goal-kicks.

That was all in the opening 11 minutes of the half, before Adebayo sent another header into Woodman's hands afteer Bennett flicked Naismith's cross into the striker's path.

Clark went closer still on 63 minutes as Dewsbury-Hall and Cornick led a lightning quick counter from a Swansea corner, but the wideman's glancing header from Cornick's right-wing cross went wide of the far post, with Tunnicliffe arguably better placed behind him.

The visitors survived a big penalty shout in the 79th minute when Adebayo chested Clark's cross down, and appeared to be blocked to the floor by Joel Latibeaudiere. Ref Darren England wasn't moved and the Town continued their quest to find a way through.

It almost came in four minutes of time added on, when Mpanzu picked out Adebayo, but the forward's downward header was straight at Woodman and the Welsh side held on for three points despite a spirited Town performance. 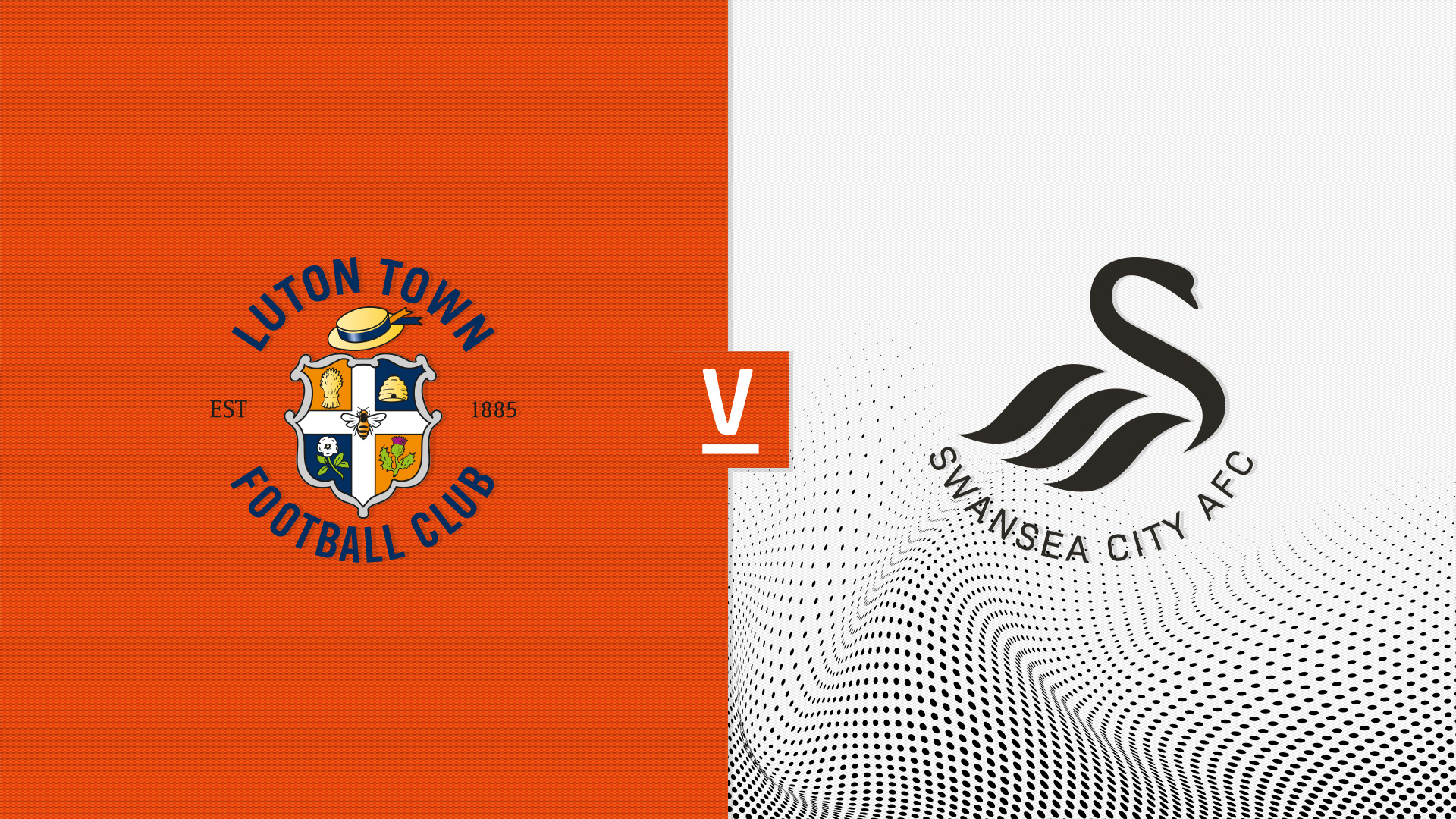 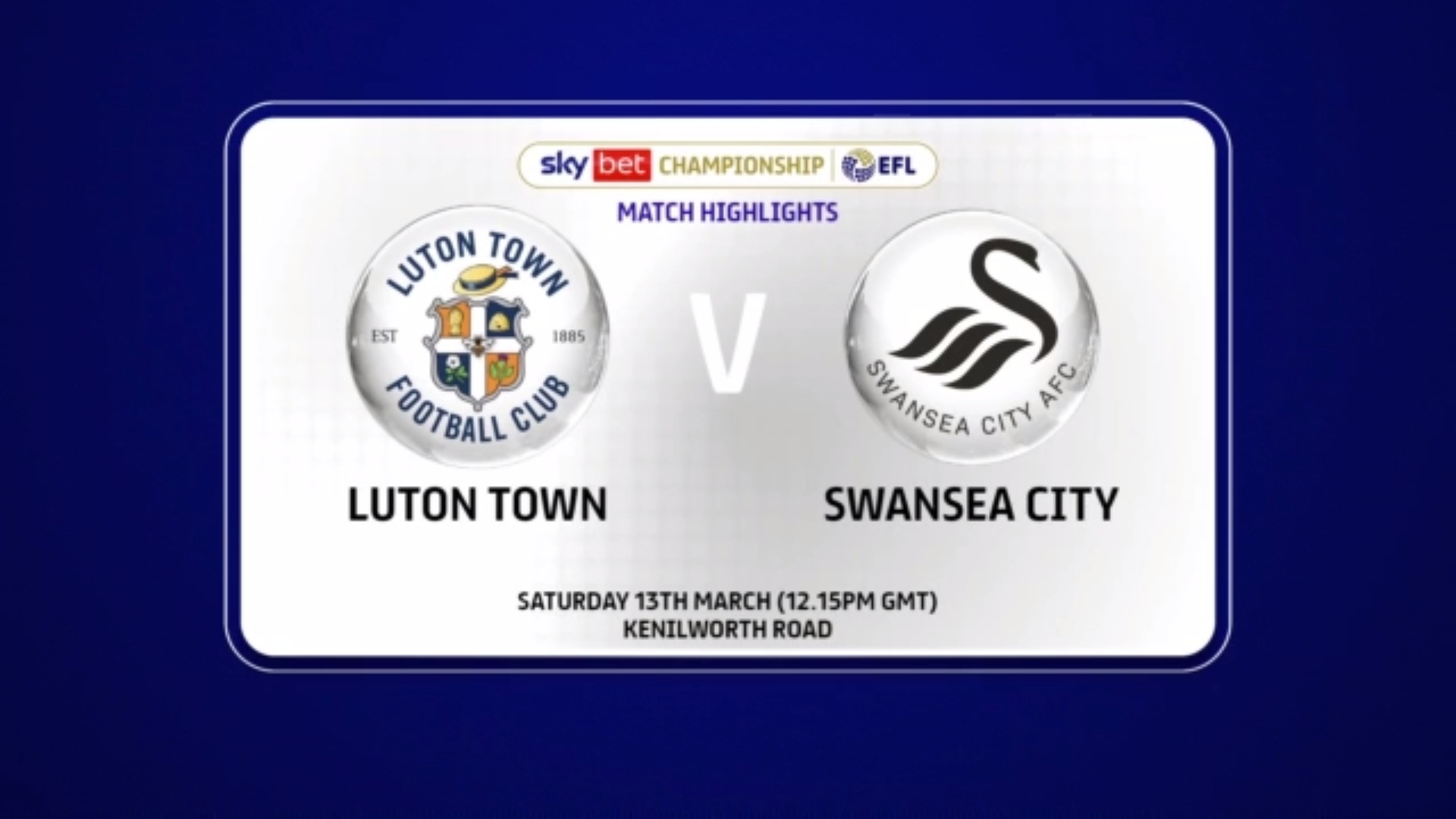 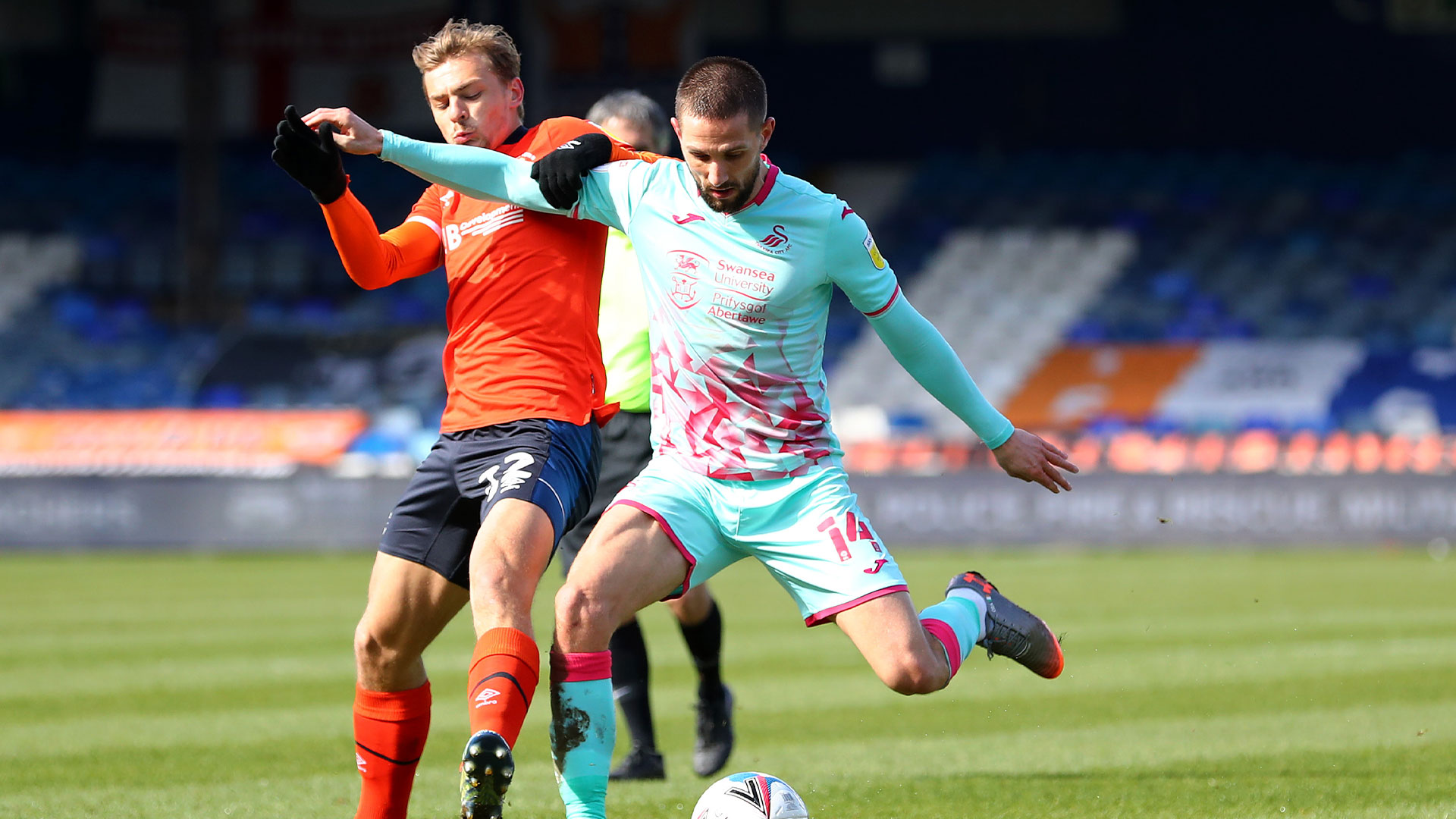